In Solitairica, players will be presented with a roguelike style of RPG but happens to be meshed with solitaire type gameplay for the combat. It may sounds like a weird combination, but it actually seems to work quite well. You’ll be setting out to take on the armies of Stuck, controlled by Emperor Stuck, who has taken all of the hearts from the land of Myriodd. It is your duty to try and get them back, returning your lands to peace. You will be able to put together a deck of cards to use for your combat, similar in style to other TCG type games. 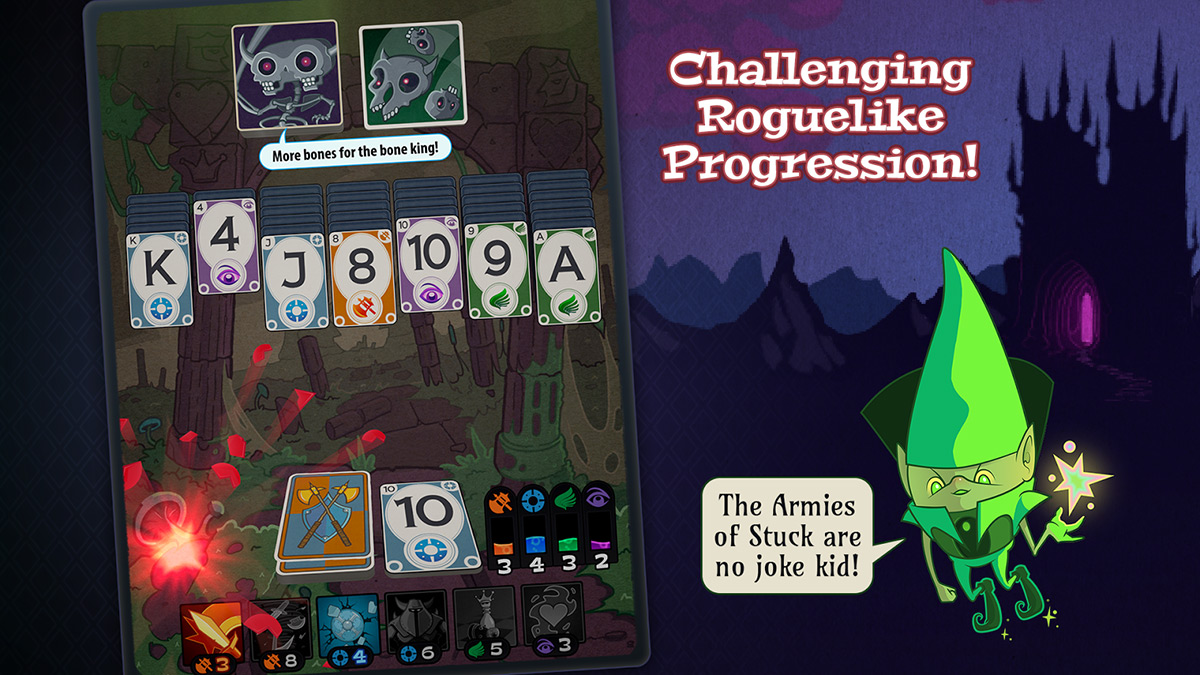 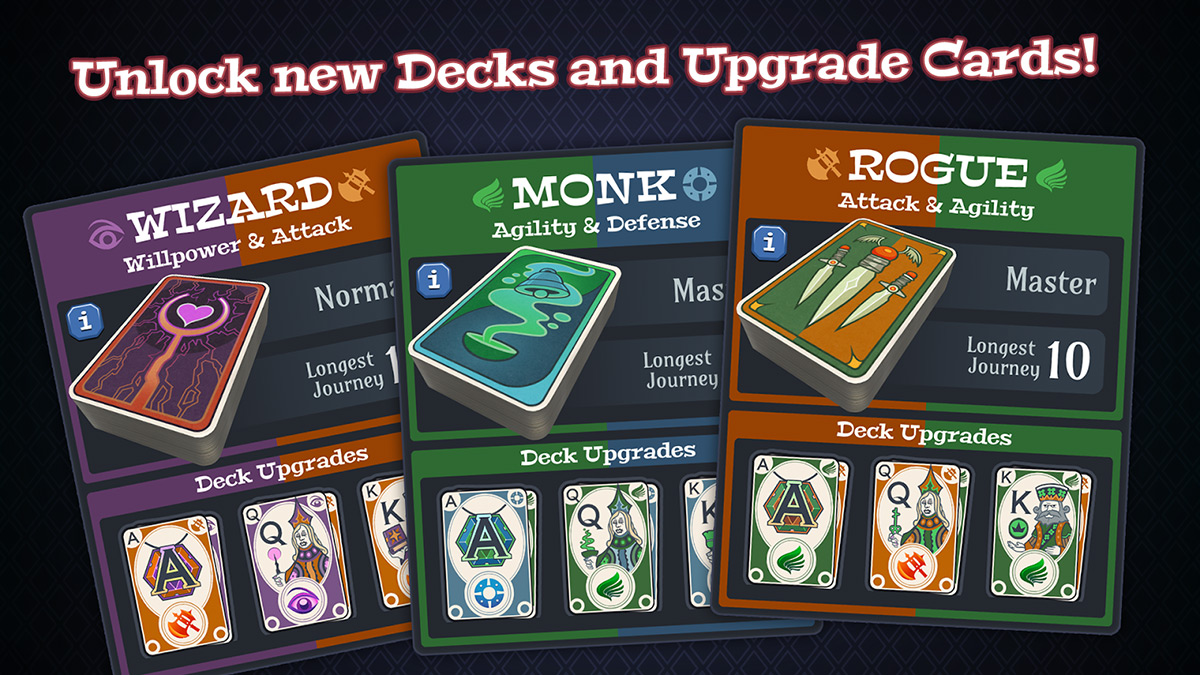 – Introducing a brand new turn based solitaire combat system.
– Procedural enemies that combine hilarious and dangerous traits for endless variety.
– Heaps of items and scores of spells to combine. Millions of builds to try!
– Challenging and dynamic rogue-like progression.
– Four great energies to master: attack (destroy cards), defense (counter and armor), agility (peeking and quickness) and willpower (healing and the arcane).
– Collect wildstone each journey to upgrade cards and unlock new decks, which change the way you play.
– Deck upgrades include Ace, King and Queen cards which provide powerful boosts during battle.

You will have four different ‘energies’, or actions, which are Attack, Defense, Agility, and Willpower. Using these, as well as your solitaire skills, you’ll be fighting the armies and returning the hearts that they are defending if you win. Since this is roguelike, everything will be different each time you play through this game. You will have a number of items and spells at your disposal to help with your fight. 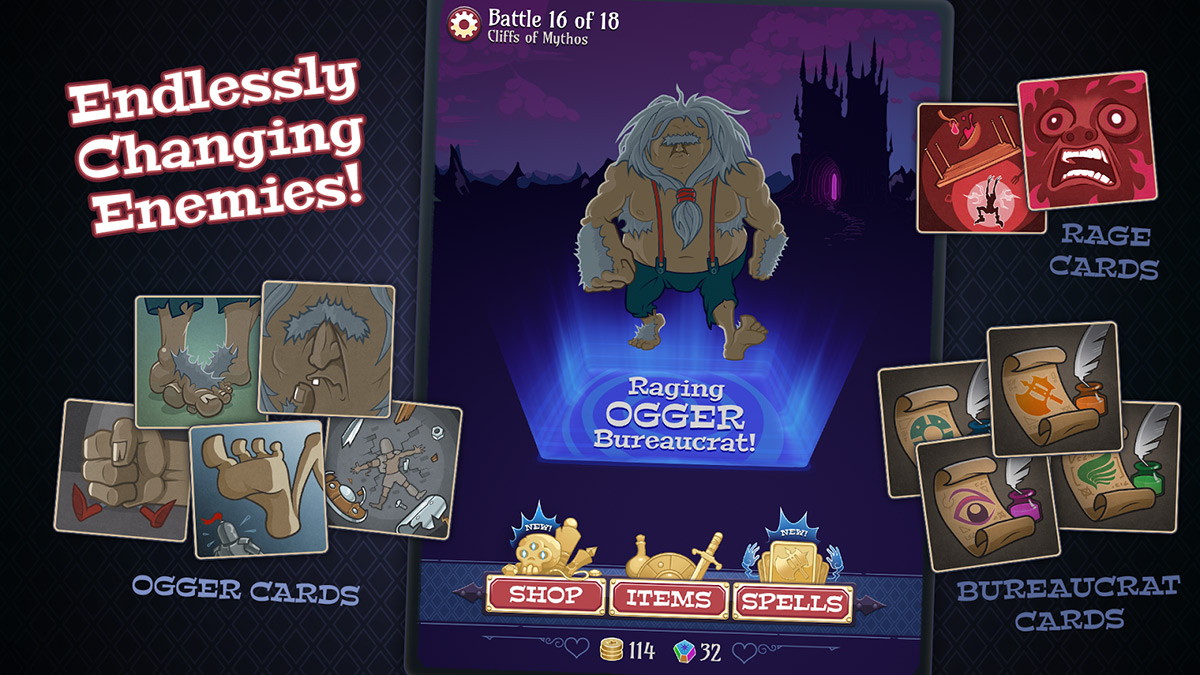 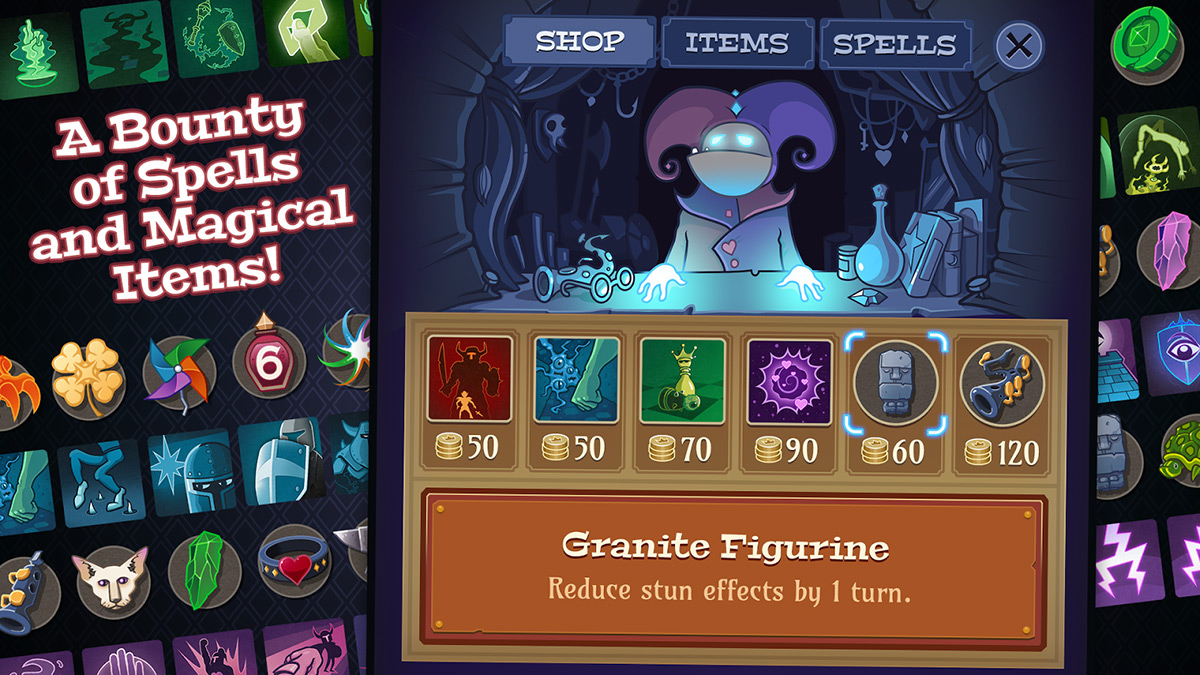 If you’re into hybrid games, or happen to like solitaire, you might want to give this one a go. Solitairica is available for download off of Google Play for free and does include optional IAPs should you want to go down that route and nab a few booster pack of cards. You can check out the game’s trailer below.