The control scheme is intuitive and simple. Forward and reverse on the bike, and forward and reverse rotation. These can be utilized in a variety of ways to get the bike to jiggle in a favorable manner, more on this later. Unfortunately, I couldn’t see my rider. There was some sort of graphical glitch, although I couldn’t find any way to connect the helmet to the bike. Back to the track! 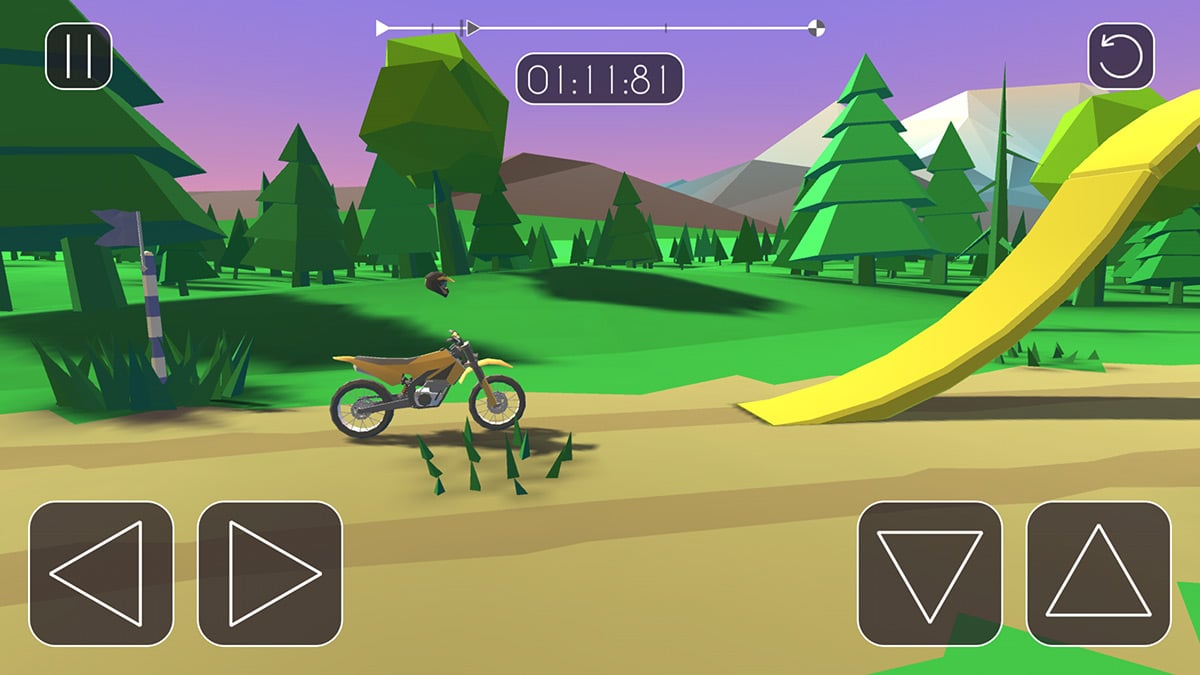 The physics of the game are spot-on. The simple controls previously mentioned totally work in the game’s favor here. I found myself intuitively hitting reverse right before a jump to pre-load my rear shock for a cleaner take off, and accelerating just a bit on the landing to ride it out. I wanted to keep it going and it did…for two jumps. Then I was treated to a 30 second video which was mandatory to unlock the second level. I checked all three difficulties and saw that between each level you could advance to the next one for the price of one video or a few stars, the premium currency of the game (and the only IAP). I played through the first level on each difficulty and was greeted with more of the same. Forced full screen video, and levels that lasted approximately 30 seconds each. The game is literally equal times playing and commercials. The inclusion of a tutorial level would not be amiss, because the gameplay hints that pop up seem to do so right in the middle of any given obstacle which resets you to the bottom of said obstacle. Annoying.

Two features that caught my eye and have massive potential are the level editor and the ability to upload and play other’s uploaded custom made levels. User made levels can be rated by the player, and the highest ratings rise to the top. This (in theory) allows for infinite replayability. The level editor itself isn’t complicated, although it is a bit labor intensive.

For a new release from a new developer, it’s got some things going for it. The concept is on point and the level editor adds a dynamic challenge for those who like that sort of thing. With continuing support from the developer and a serious cut back in adverts, a little more love in this game will go a long way.