Fans of Tetris should check out TwinTrix, now available from Google Play

Fans of Tetris might want to check out this game. Dubbed TwinTrix, it takes the idea of using shapes made of blocks to complete lines, but turns it into something a bit more competitive, as it’s designed with two players in mind and is formatted in a split screen fashion. The way it’s designed is that shapes of a wide variety are comprised of the colorful squares that we’re all familiar with.

They range from a single square, to various shapes of up to five squares, though never more than four in any one direction. They will scroll along the bottom of the screen, and players select one that they’d like to use (with no penalty when players forgo unwanted shapes), then they can choose where it will be placed along the top of their screen. Unfortunately though, they can’t be fit around one another, but only adjacent or on top of shapes that have already been placed. Also, once a shape is touched by a player, they are committed to using it. As players complete lines on their side of the screen, others show up at the top of the other player’s area of play, forcing their existing blocks downward. 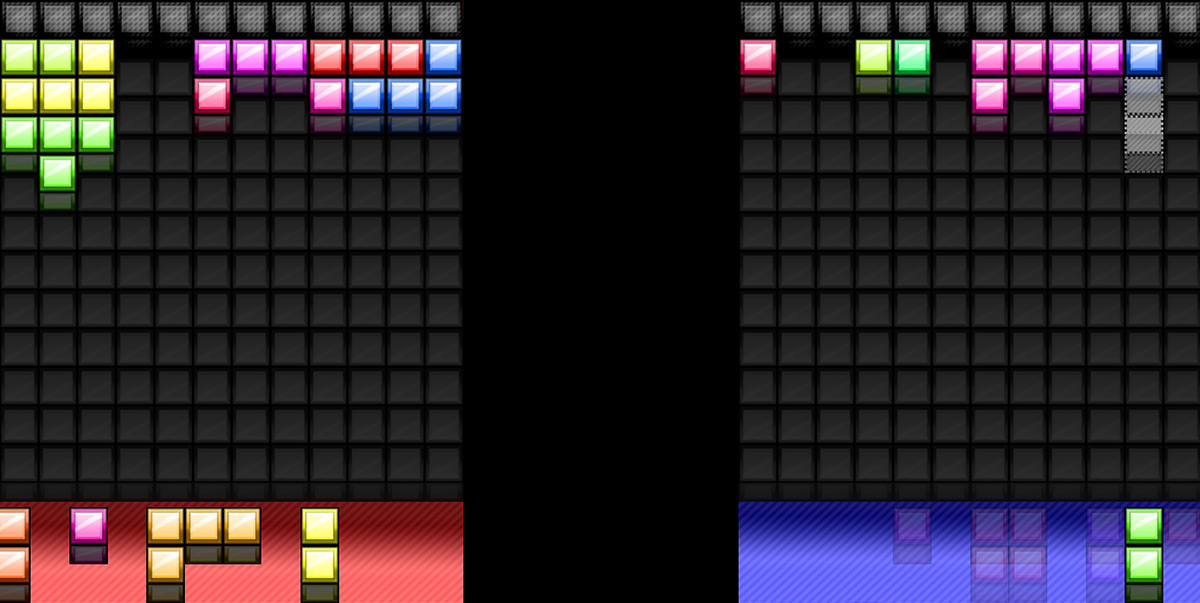 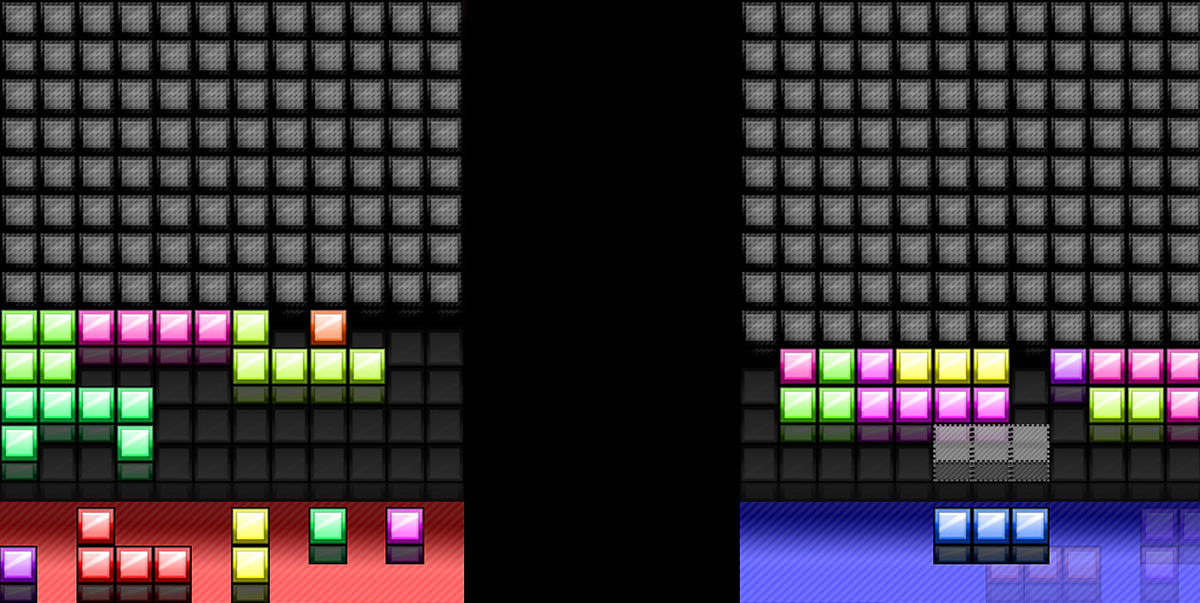 Play continues until one side runs out of room. There are several different formats for play, but it’s always for two players (though one can be the AI), and all riff in the same idea; distinctions between them cover things like whether or not the lines received from an opponent can be cleared away, though in the case of Quickshot, only flatter shapes are used and it flows at s quicker pace.

TwinTrix is currently available for free from Google Play. The game does include advertisements, both in static form across the bottom of the area of play, as well as video ones, in between matches.