Hidden Gem: Levitate and blast your way through more than 100 hectic levels in RunGunJumpGun

Released by Gambitious Digital Entertainment, RunGunJumpGun has now been ported over to Android, from Steam. In this game, players will be in control of a character (dubbed the “scavenger”) is looking to complete each of the game’s 120 levels. Each of these levels contains a certain amount of “atomiks” that players can try to collect, while finishing the level.

The back story that seems to revolve around the a sun’s death, and the ensuing impact on human civilization, as well as a plethora of alien races, and this narrative is largely delivered in between the levels, where all the action takes place.  There is a single tool at the player’s disposal: a gun that also enables its user to effectively defy gravity. This same gun is also used to fire upon obstacles, and thus remove them from your path. Players will toggle between the two, and will need to do so swiftly and precisely, in order to remove the obstacles and void the hazards. These would include spikes, rotary saw blades, fireballs, and more; coming into contact with one of these will cause the player to re-spawn back at a save point, prior in the level. 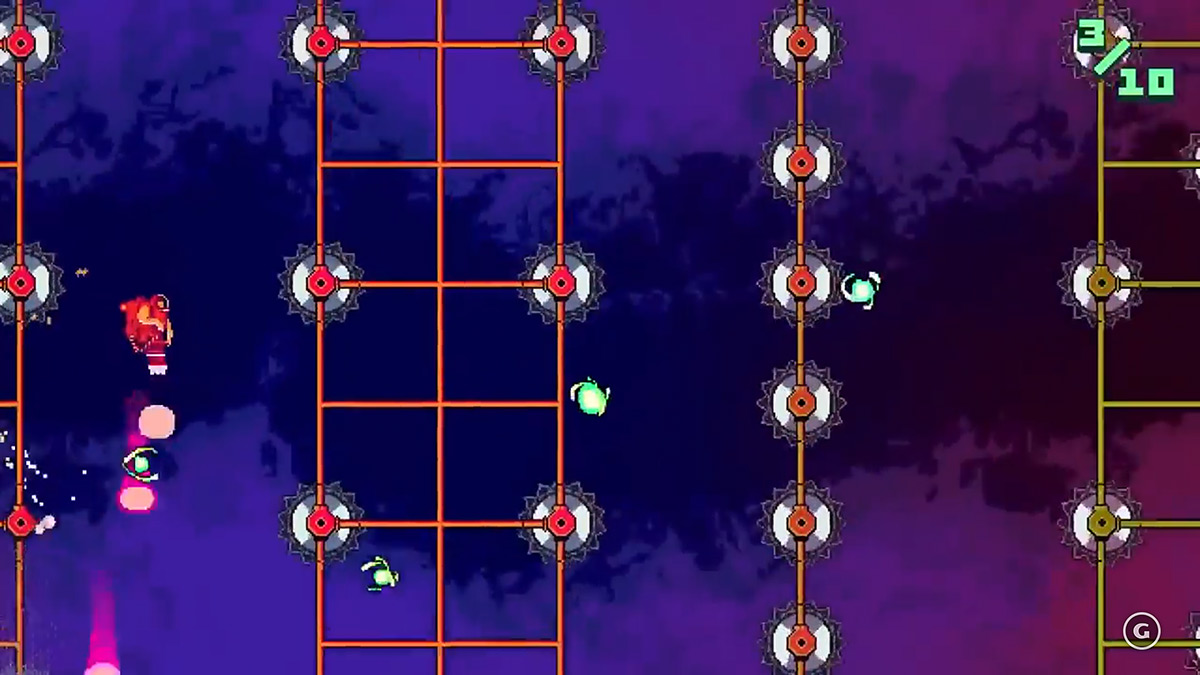 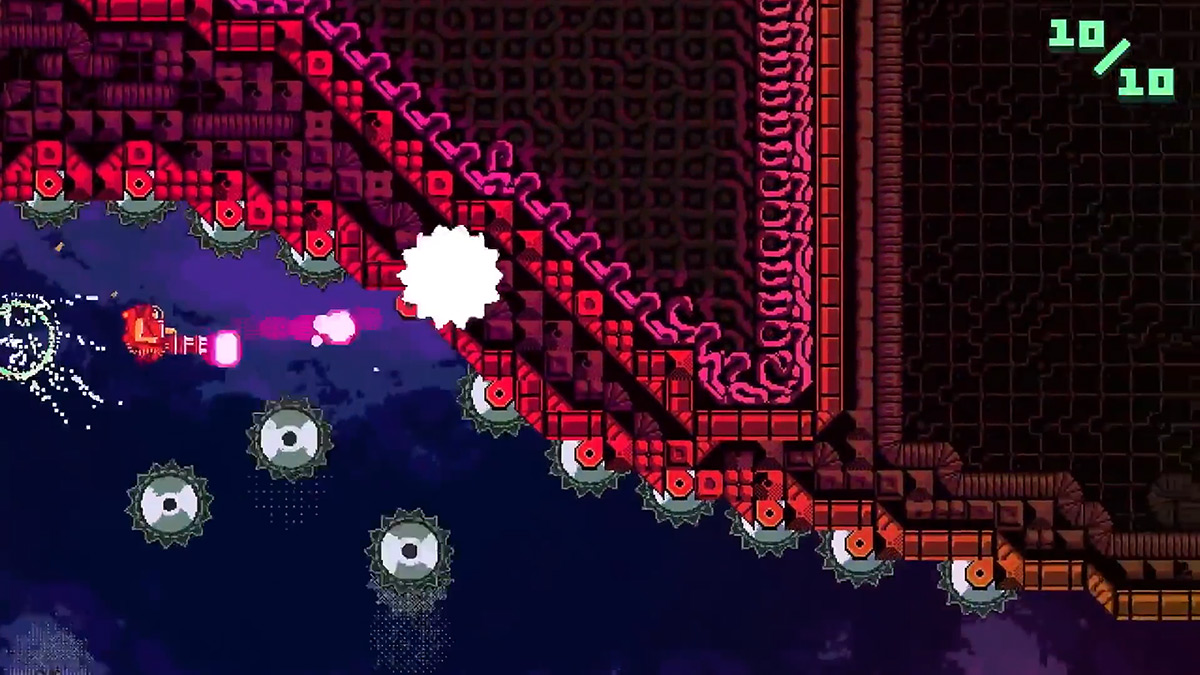 – Beautifully Difficult: Every second counts, and the game will test your reflexes to the fullest
– Nonstop Action: Merciful respawns let you die fast and keep you constantly in the action
– Two button gameplay: One button lets you fly, the other blasts obstacles into heaps of rubble.
– Three Unique Game Worlds: Each world presents its own distinct challenges which require players to change their playstyles
– Over 120 levels of Mayhem: Each level is meticulously crafted to hone and test the player’s speed and tenacity.
– Marathon Mode: For players looking to compete for the global high score.
– Surreal visuals:Trippy and hyper-colourful fantasy-sci-fi art style
– Hyperkinetic soundtrack: Pulsing musical score blending hip hop, electronic and movie-score vibes.
– Warped space-opera narrative:The game features a cast of crazed, beautifully illustrated characters.
– Masochistic Collectables: The quest to collect “Atomiks” littered throughout levels lends an extra level of insanity to already merciless level design. A gift to self-hating completists.
– Accessible single-hand gameplay: Appropriate for players with disabilities.

To further add to the urgency, the screen is always moving during the levels, and players will also re-spawn if they fall too far behind the pacing of the screen. The controls for the game are fairly straightforward, in that players are simply choosing the direction in which to fire the gun, with the left and right sides of the screen set aside for each of those functions; it also includes a single handed option for accessibility purposes.

RunGunJumpGun is currently available from Google Play. The game can be purchased there for $2.99, and lacks ads and IAPs. Interested players can check out the trailer below, to see some of the game’s chaos in action.