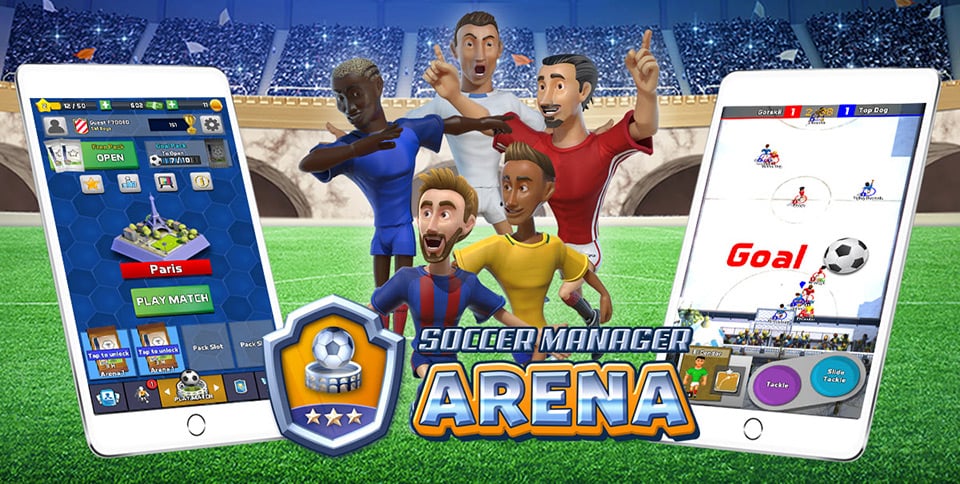 Finding an opponent is fast and matches are no more than three minutes in length. Players will be awarded card packs after victories containing in-game cash and player cards. Bonus card packs are awarded every four hours and for every twenty goals the player scores. Duplicate player cards award experience points used for upgrading existing cards. Each player card has up to two special abilities which can be triggered automatically as the player performs an action, skills will recharge over time during the match. 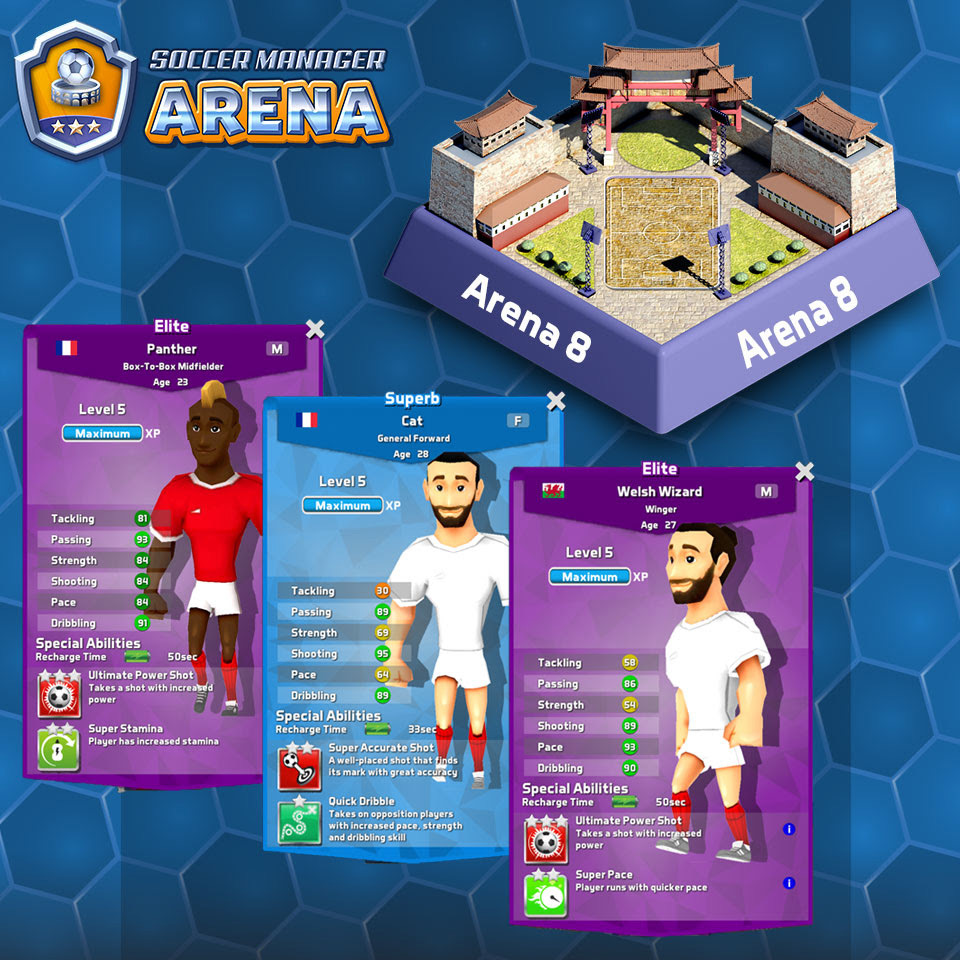 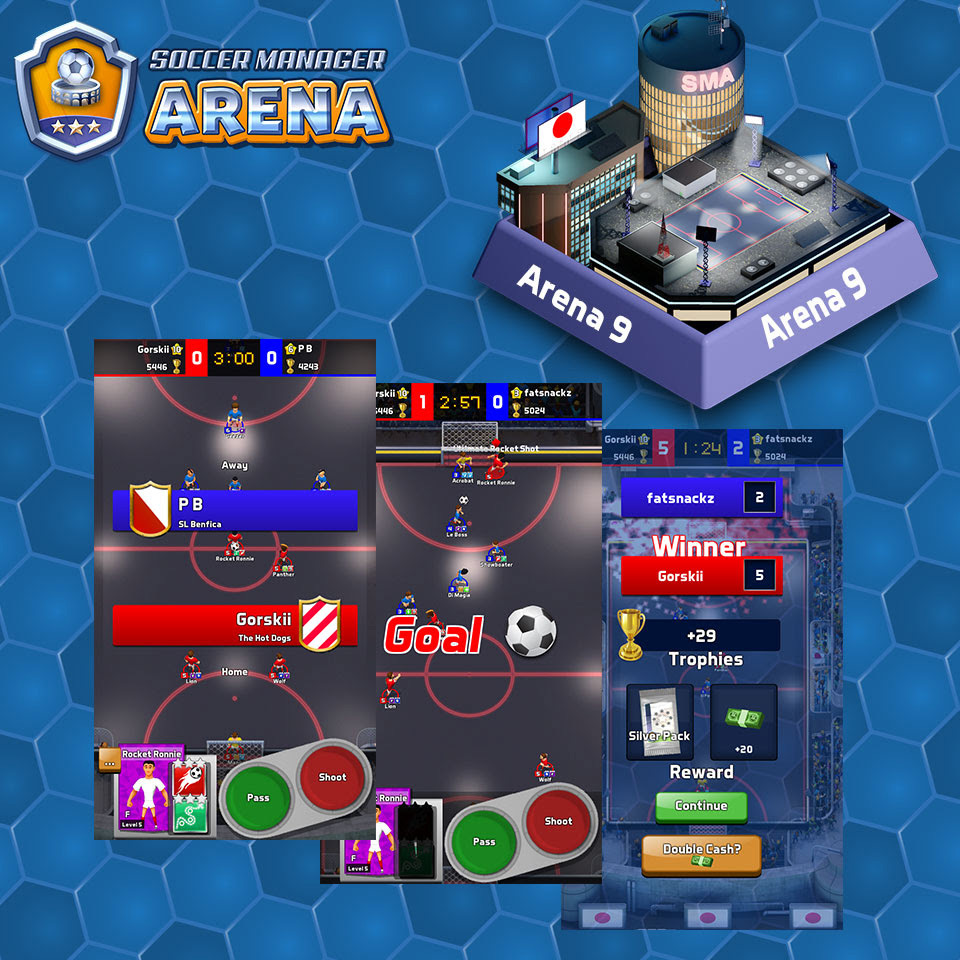 – Compete in real-time matches with managers from across the world.
– Develop your team by unlocking card packs.
– Learn from other Arena managers on Arena TV!
– Compete in different types of soccer Arenas.
– Create an Arena Club and help develop each other’s team.
– Play against friends.

Players will be able to create or join a club in SMA. Clubs allow for a group of players to chat, request player cards, and engage in friendly matches with one another. Finished matches can be viewed in Arena TV, which saves a full replay of their match to watch and share with friends. Soccer Manager Arena is feature-rich, polished, and sure to provide hours of entertainment.

Soccer Manager Arena is currently in open beta on Google Play. The game is free to play and contains optional IAP.