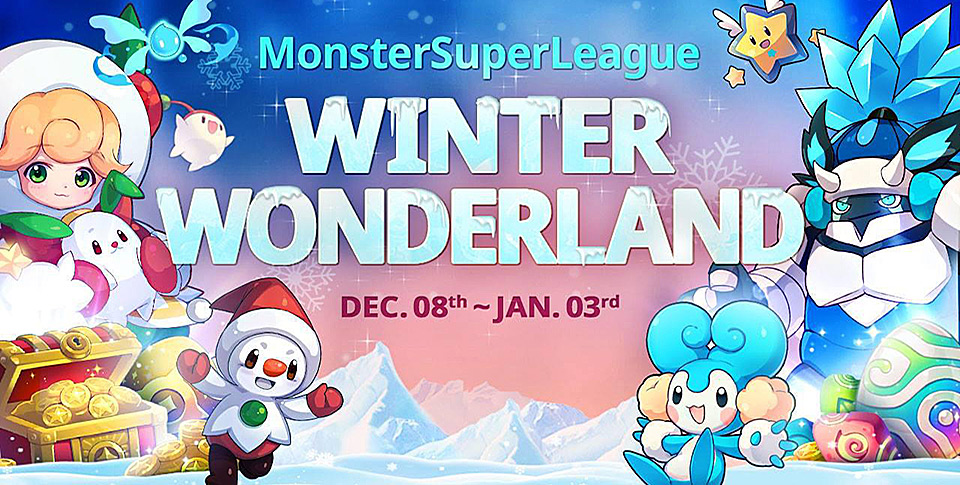 In Monster Super League, players journey through eight distinct regions filled with over 550 Astromon to capture and train. Players can assemble a party of four Astromon, each with different elemental abilities and combat styles, through the on-field capture system. Monster Super League features: cute Astromon to collect, a customizable growth system, evolutions which change physical appearance, gem enhancements, and many rewards for completing missions and playing daily. 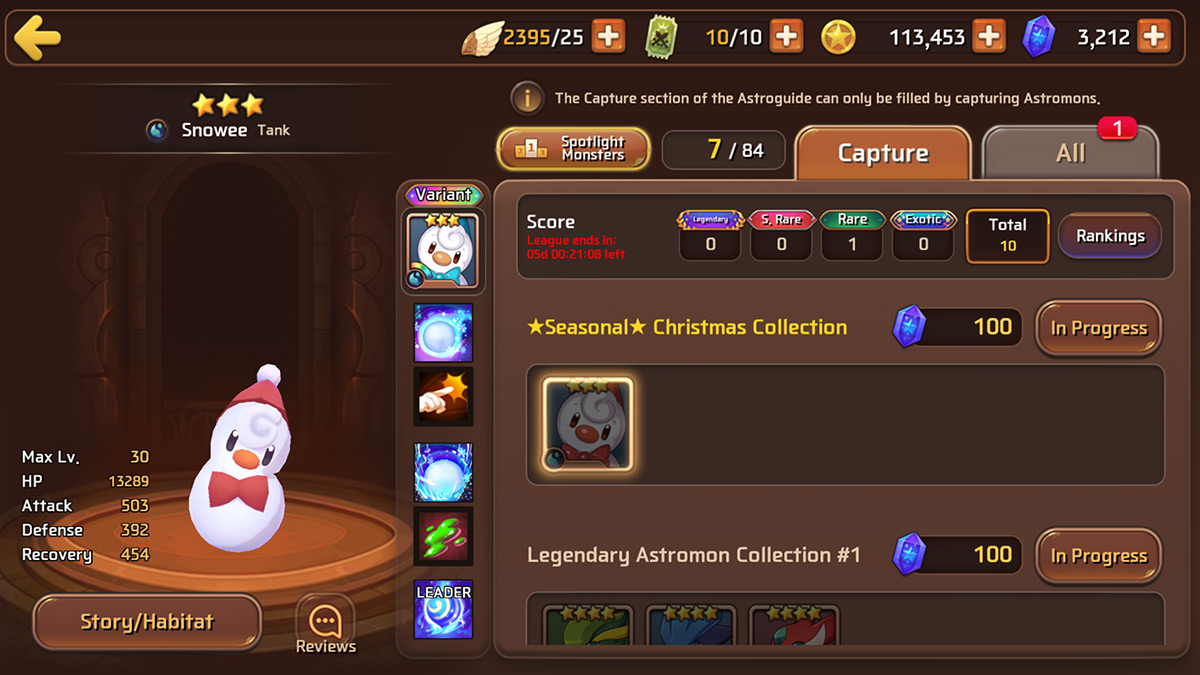 The Winter Wonderland event will actually come with a few new activities for players to enjoy, as well as meet a new holiday-themed Astromon named Snowee. Here’s everything that comes with this event

– Participate in the ‘Winter Wonderland’ Event: Welcome the winter season by clearing various in-game missions, for awesome rewards
– Uncover and beat the Winter Wonderland Missions: Clear the story mode (Hard / Extreme), using energy, clearing dungeons, ascending Astromon and clearing all missions
– Earn rewards: Beat the missions to win rewards such as the Legendary Secret Egg, the Lightstone, gold and other items. Rewards can only be claimed once per account after clearing a mission in the inbox within seven days of clearing the mission.
– Available for a limited time: Snowee can only be captured in the story mode stages during the special event, so don’t miss out on adding this Astromon to the collection (available 12/08 – 12/22)
– Where to find Snowee: Randomly encounter Snowee in one of its three forms, Snowee, Snowena and Jill Frost, in the Normal, Hard and Extreme stages of the story mode.

If you have Super Monster League installed, you can download the update and start participating in the Winter Wonderland event right away.