After binge watching The Walking Dead and finishing Max Brooks’ novel The Zombie Survival Guide you are almost ready for the apocalypse. Good. Now just one more thing… you need some festive holiday plants. Enter Plants Vs Zombies Heroes Festivus update, the only place where you can decorate a tree while killing zombies.

PvZ Heroes adds some entertaining elements to the card duel formula which make it worthy of your time in an increasingly populated genera. Each Hero is given a defense meter around their health which fills up as they take damage. It seems like a small addition but it can create some tense and game changing moments of strategy for the player throughout the match. Another point of interest is the “stacking” of Plants and the “tricks” of the Zombies. These two mechanics, respective to each team, add additional layers of strategy to each match. While playing as the Plants the player can add additional plants to an attack lance which add layers of defense. Conversely, the player can perform an additional turn of tricks in which the Zombies are given the opportunity to make a sneaky play before the final round of attacks in each turn. 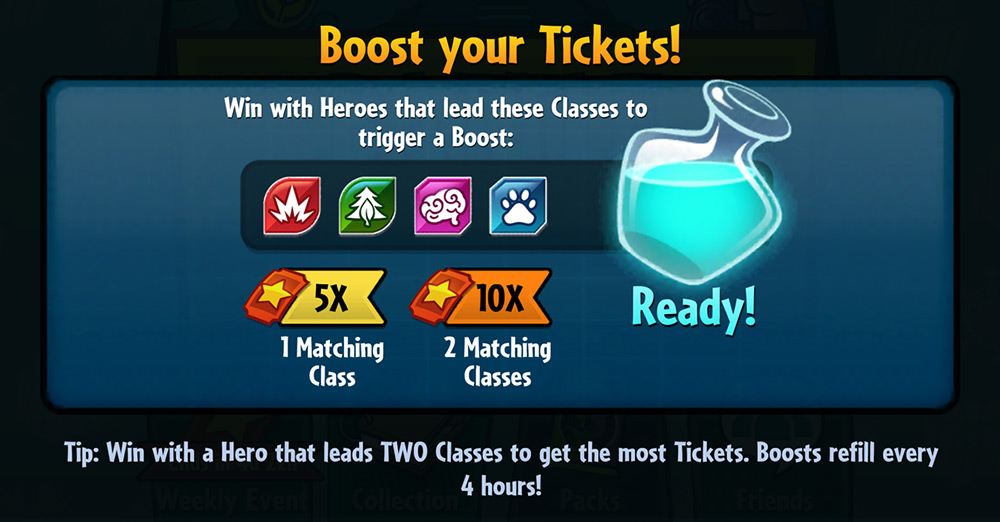 Finally, the lanes in with the player attacks bare with them an added layer of value in they they are played left to right with the left-most lane being elevated or raised and the right-most lane being submerged or underwater. This adds a layer of complexity to the game board which results in buffs and/or nerfs based on the type of minion (Plant or Zombie) that is played on those specific lanes.

The December update and new content, themed “Festivus,” adds a new weekly event to the game. The event contains tickets, unique cards, and boosts. The tickets are awarded by completing matches and can be used to purchase new unique, Holiday themed cards. This is in addition to buying card with gyms. Also, the Festivus update adds boosts (which are on a cool down upon use) and can be used to increase the ticket drops.

All in all PvZ Heroes remains a fun game and the new content is a welcome addition. Despite being free-to-play the game is not pay-to-win and can be enjoyed without spending a dime. If you already have it downloaded, you can start playing the Festivus update now.