Post Brutal Review: An ultra-violent 3rd person zombie game that some will enjoy

Post Brutal, an ultra-violent game from new developers, Helltap entertainment, is a 3rd person zombie Action-RPG with a combat system that is similar to some of the bigger MOBA titles that have flooded the Google Play store in recent times; featuring a leveling system complete with rewards, and upgrading/branching skills.

The game features the usual touch based control scheme with the left side of the screen controlling movement, and the right side controlling the camera, attacks, jumping and all the basic actions you’d expect there to be. The developers claim the game can be played with a controller, but I was unable to get my Bluetooth controller working with this title. Perhaps that will be addressed in a future update. 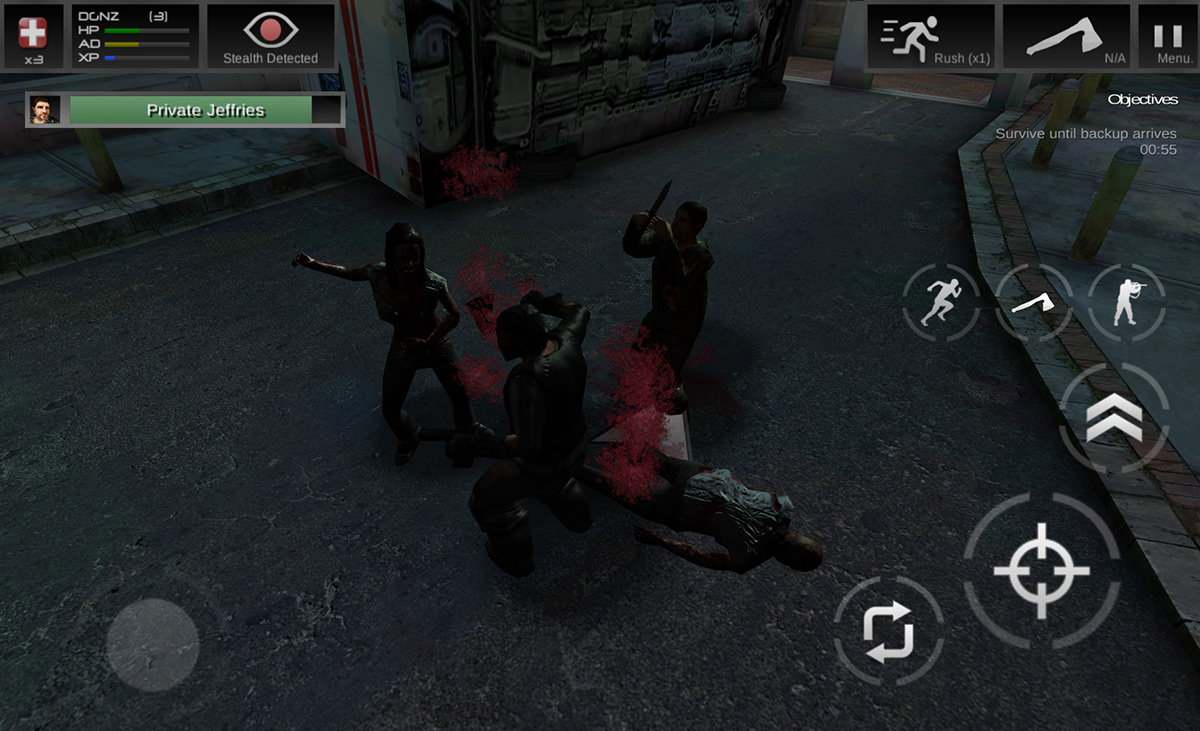 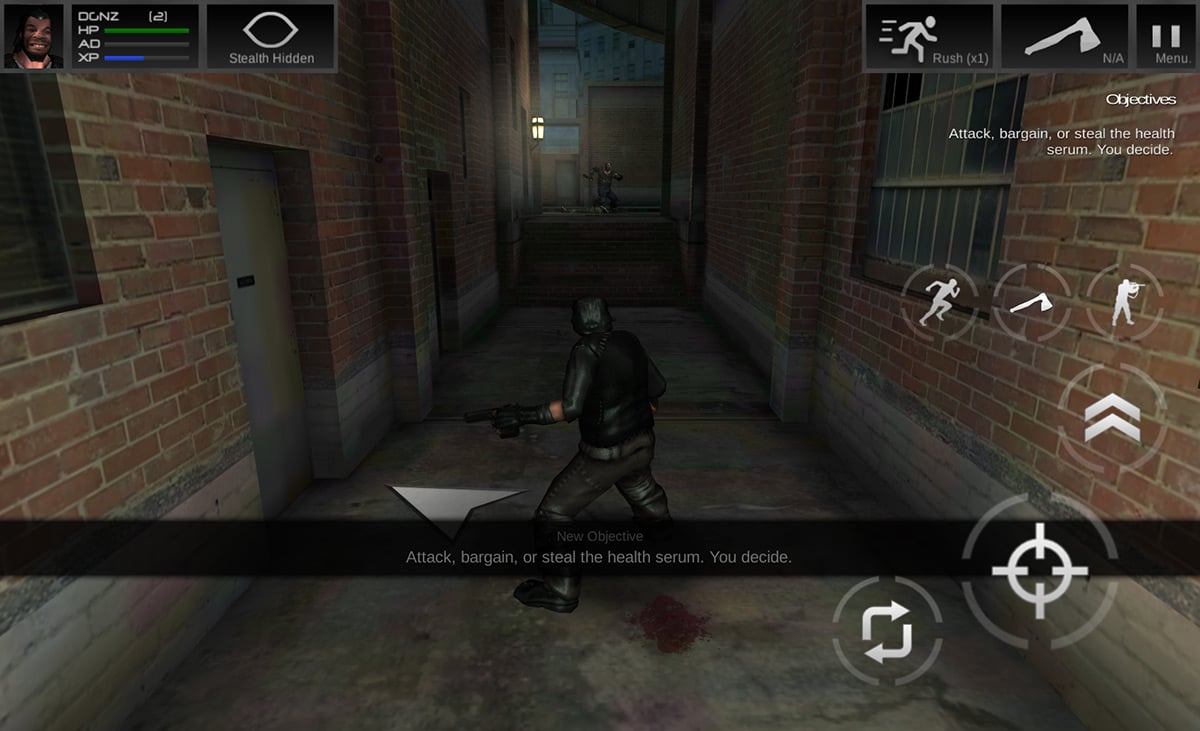 While the premise of this title is nothing unique – You play a freakishly powerful survivor who fights his way through hordes of zombies, looking for any signs of other living life forms – the game does bring some unique play mechanics, in the sense that you can capture and superimpose your face (or potentially anyone’s) onto the main character and you can even record your own voice in tune to the main character’s dialogue (the sky’s the limit with how hilarious or disastrous that may end up being) using your device’s camera and microphones respectfully. There isn’t much in terms of character customization (unless you are willing to pay for it as an IAP) but at least the concept of putting anyone’s (or anything’s) face on the main character has it’s charms.

The game has a meaty campaign; one that is full of plenty of voiced scenes, and multiple endings based on choices you make as you progress. On average, a player can get at least 8-10 hours out if it- However, you have to pay to unlock the whole campaign ($3.99 as an IAP). After playing through the main story, there are plenty of side missions to keep you coming back for more – the developers have stated there will be more added as they are developed. 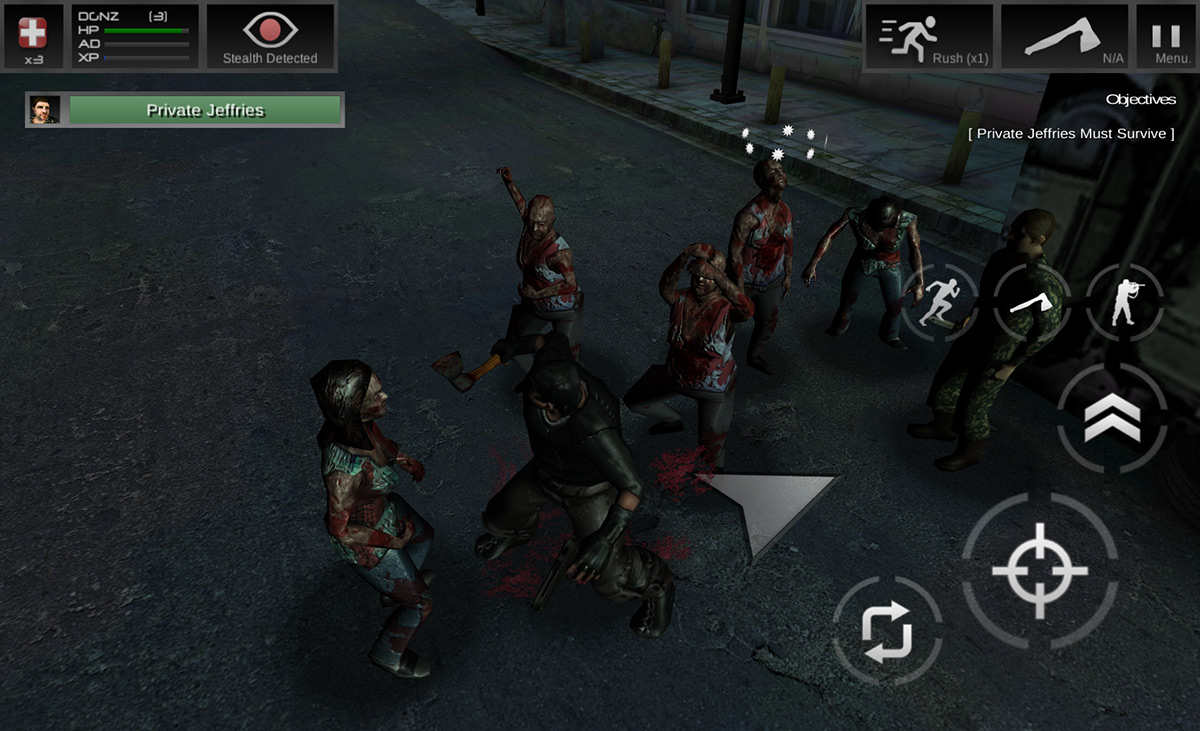 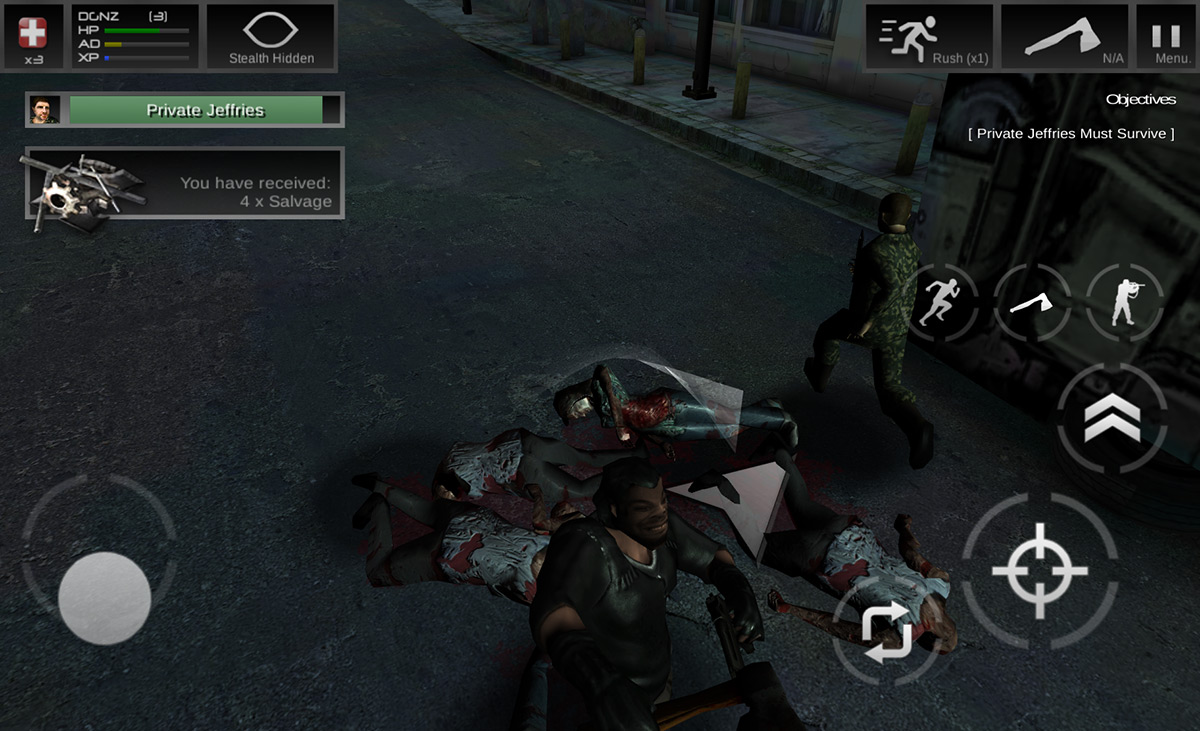 Unlockables include higher difficulty modes, 60 achievements, and weapons that can only be accessed based on player performance. And yes, the game supports cloud saving and Google Play Achievements. The game requires your device to have an internet connection, unless you pay for the “offline mode”.

It’s worth noting that the developers tried to give an almost “console quality” atmosphere in the presentation of the game, but I couldn’t help but feel the visuals were a little disappointing – the character models are a little lacking in details and the locations are a bit on the bland side. That said, the game does have a metal soundtrack that feels right at home with the ever-present feeling of a zombie apocalypse scenario.

While the game isn’t for everyone, those looking for a good zombie murdering slugfest similar to the left4dead series, albeit in a smaller scale, will no doubt find a good time with this game. Be prepared to pay for the whole campaign though.