Kemco, infamous for their ever-growing catalogue of mobile JRPG titles, have released the English version of yet another of their vast RPGs called Fairy Elements. While the game costs $7.99 for the premium edition, as a celebration of the title’s launch the game is available for $4.99 for a limited time, and includes 1000 In-app purchase points.

Kemco fans will no doubt enjoy another lengthy RPG from the maker, advertised as having an epic storyline and intense battle system. According to the developer, the game features music by composer Ryuji Sasai, and has a new special mode that allows players to start battles anywhere, anytime, if the player wants to grind and obtain resources for refining equipment. 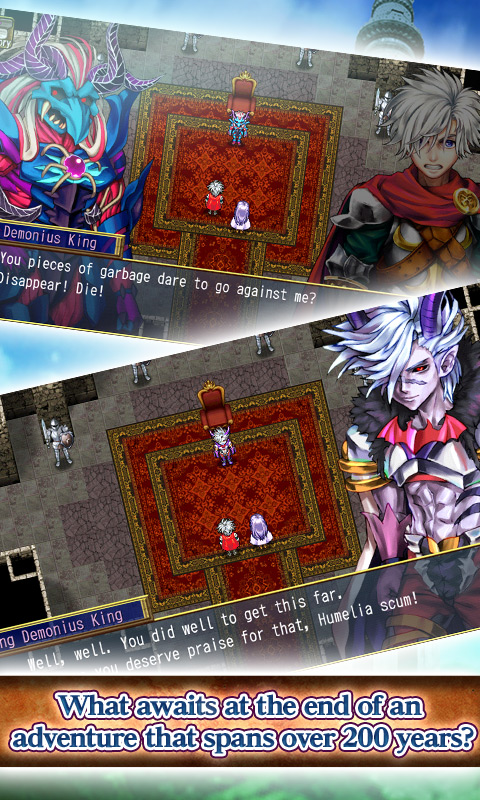 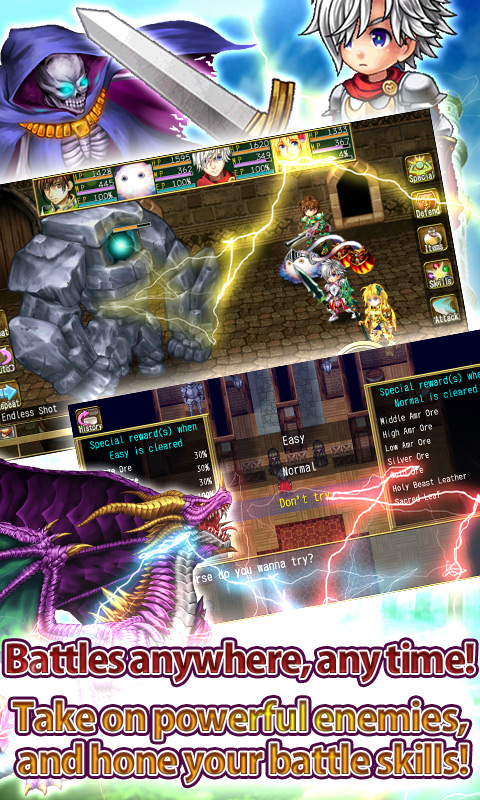 Not straying too far from the usual save the world storyline, in this particular game you will be playing as Yamoto, who is a royal knight: “Yamato is a royal knight, fighting to protect the peace of his kingdom. His sword is imbued with the mysterious power of Material. Along with his attendant, a female knight called Orka, he saved his kingdom from a crisis. However, in the battle, he was somehow transported to a world 200 years in the future. In the world of the future, he meets a strange creature and a mysterious girl. At the end of his adventure, what will be the future that awaits his kingdom?”

Those interested in a free-to-play version can find a “freemium” edition as well, where you can play the game completely through without spending a dime even though there are optional IAPs for extra content. Like always you can check out the game trailer below ahead of downloading this game.