Mexican teenager Rubí Ibarra Garcia has quite the problem on her hands. You see, a few weeks ago her father posted a video on his Facebook page inviting “everyone” to his daughter’s fifteenth birthday party. A few hours after it was posted, the video was shared on the region’s official Facebook page, where a few internet pranksters picked up on it, decided that the word everyone literally meant everyone, and proceeded to spread it across social media.

People from all over Mexico learned of the upcoming bash and expressed their desire to attend the party: singers, actors, and even the Mexican president joined in on the fun. The viral phenomenon only grew bigger when news outlets from all across Latin America and even the United States began reporting it. Now, a small, unassuming party that was meant to host a few hundred guests at most has become a worldwide sensation with a list of “attendees” topping 1.3 million names, and poor Rubí and her folks don’t know how to manage what is being described as the birthday party of the decade. 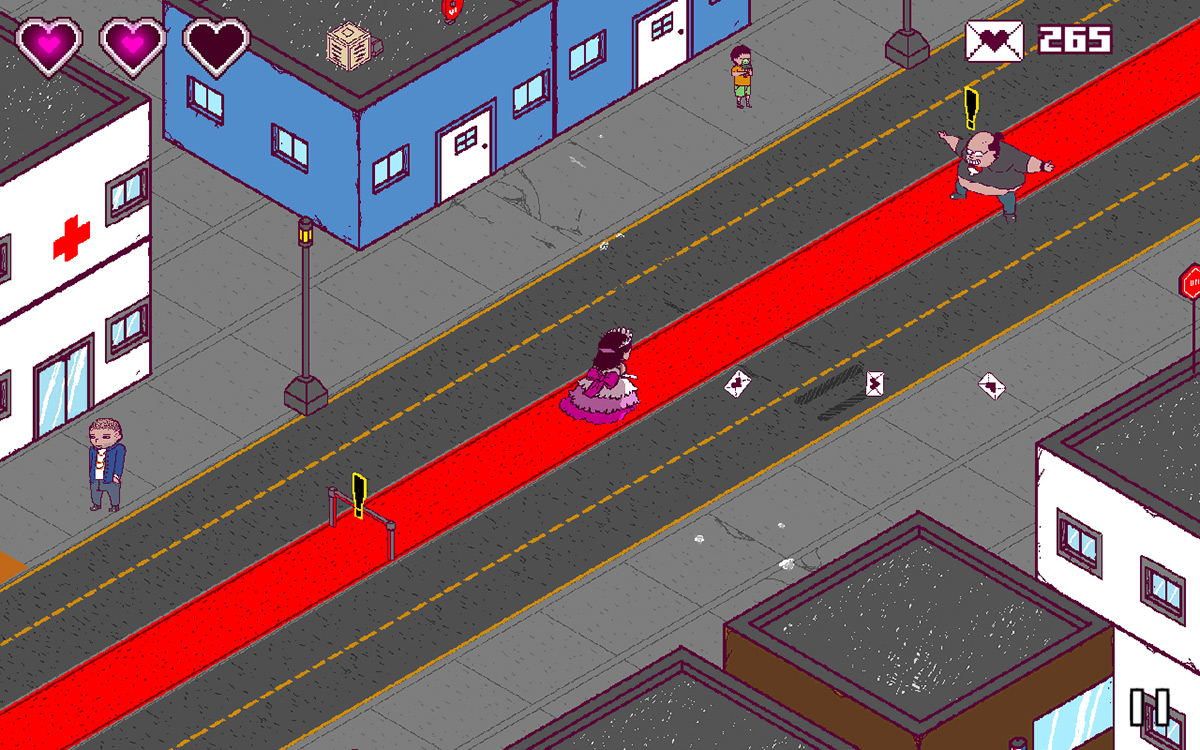 This is where Los XV de Rubí, the newest game from developer Lienzo, comes in. Playing the role of the eponymous birthday girl, your objective is to stop invitations from being sent out…Just kidding! Rubí has to send out as many party invitations as she can, as she endlessly runs down the 8-bit streets of her native town. “Why would she do that?” you may ask. Well, when you already have over a million people coming to your birthday blowout, what’s a few hundred more, right?

A one-touch control scheme and a single-lane isometric path keep gameplay very simple. As Rubí runs, she has to toss invitations at passersby, which take the form of children, old ladies, cowboys, and camera crews. Standing in her way are wooden barricades and angry fat men, and Rubí’s seemingly endless bag of letters can be used as a weapon to clear them out of the way, lest they come into contact with her and take away one of her three lives. Hitting both passersby and enemies with invitation letters scores points which are summed up at the end of each run to determine how many people made it to the party.

Los XV de Rubí is available now on Google Play. It is free with no in-app purchases. The game’s text is in Spanish but it is confined to the title and two volume sliders, so non-Spanish speakers shouldn’t have a problem playing the game.