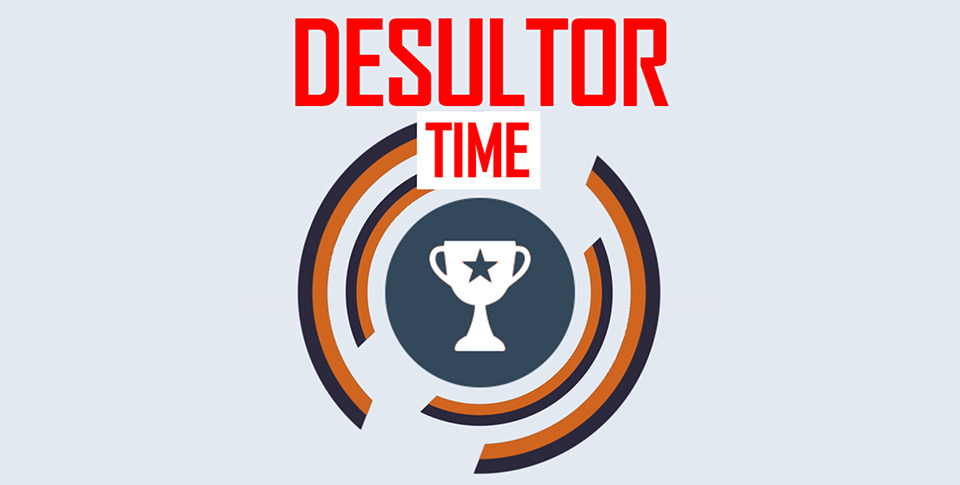 Released by Kurdexum, Desulter is a new timing-based, arcade game, that’s been released on to the Android platform. In this game, players will be looking to move a small orange square through a series of obstacles. The obstacles come in a variety shapes, such as circles,or squares, and are both hollow in the middle, as well as containing openings.

Players will find the square resting on a platform, and must time their egress of the first circle that surrounds it, and this will cause the square to “jump” upwards to the next level, which then will begin to rotate around the platform, though there are times when it’s already spinning; these obstacles will also spin at varying speeds. Players will then need to successively time the exit of each spinning shape, to see how far they can go. 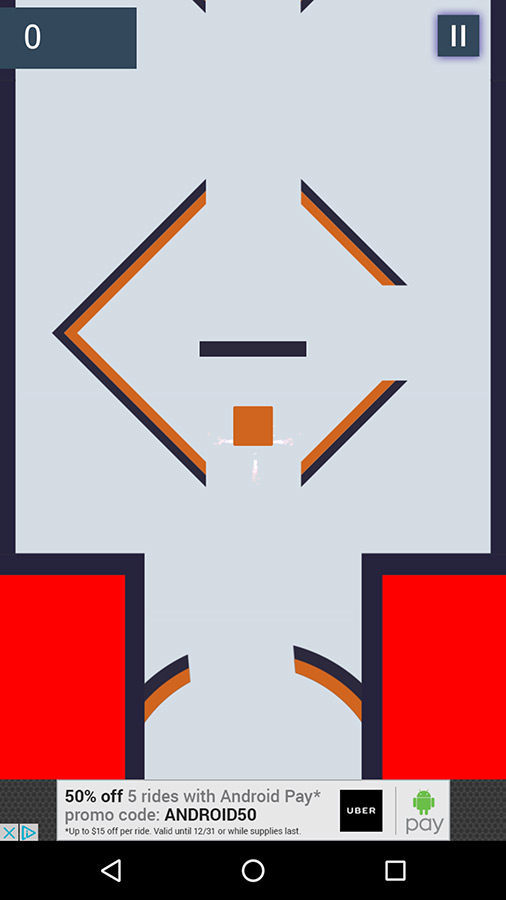 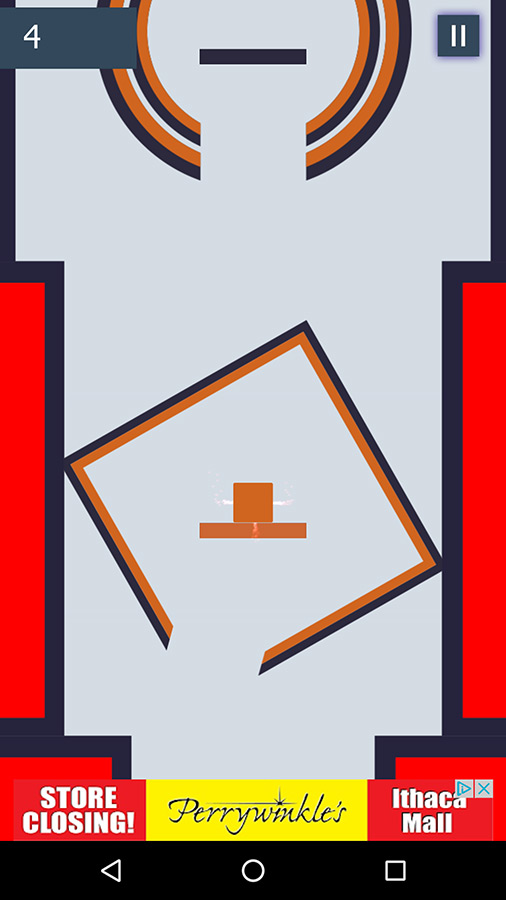 To add an additional level of urgency to the game, the sides are perpetually closing in, though this appears to reset and begin anew for each platform the player lands on. The control scheme is simple, in that the square will launch once the players taps on the screen. The game also includes a second game mode, dubbed Presso, where players have a set number of times allotted to slow the game down for a brief period of time, making the obstacles easier to pass through. As players progress through the game, they accrue points which can later be used to purchase different colored blocks.

The game itself is supported by ads, both in a banner across the bottom, as well as interstitial, between matches. Otherwise, the game is freely available from Google Play. Interested players can check out the trailer below, to see more of the game in action.