GoNNER is a newly released platformer, with some rogue like elements. In this game, players will be assuming the role Ikk, whose friend is a beached whale named Sally. In oder to try and make Sally happy, Ikk will descend into deep and dark places, in search of trinkets that will make her happy. She shows up from time to time within the game, and will restore Ikk’s health, as a token of said friendship.

The game is roguelike, so there are a few things to keep in mind, First, the levels are procedurally generated. Second, each of the play-throughs start at the beginning. Bear in mind though, that this game takes that idea, but modifies it some. There’s a currency within the game called glyphs, that can be used in shops to purchase continues, as well as new items or refilling ammor and/or health. Also, once players have acquired an item in the game, it’s there for them to use at the start of every subsequent, new game. Players will be able to jump to damage enemies, and jump up or slide down walls as well, in order to get around levels. 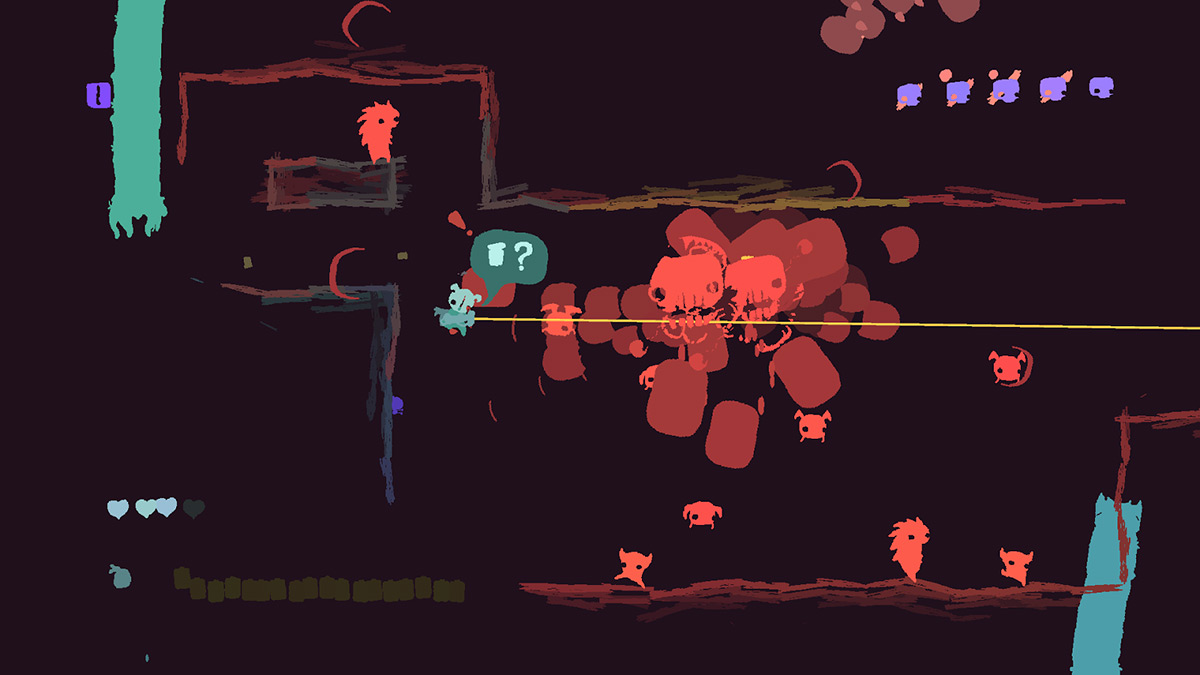 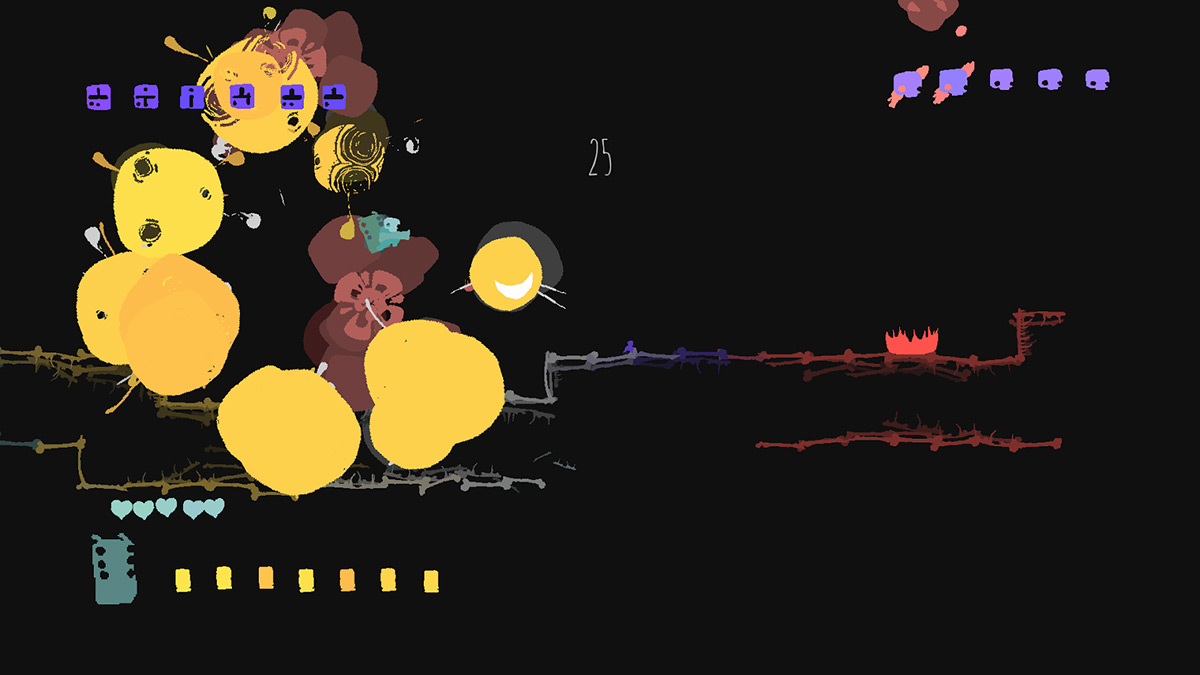 GoNNeR contains a variety of guns, which players can use on enemies in addition to the Mario style jumping. Another option players have is to change out Ikk’s head. Doing this will enhance an ability for him. As an example, upon taking damage, Ikk loses all of his items, including his head, thus forcing a headless Ikk to try and retrieve all of the missing items. One of the heads within the game allows Ikk to retain all his items when damaged.

– Unlocks! You’ll be able to choose from a variety of passive and active abilities at the beginning of each run so be sure to experiment with all of them and find the play style that best suits you.
– Secrets! Secret areas exist in the world of GoNNER, and these areas will get you different items that you can then always use from the beginning of each run. We’re not going to tell you how you get to these areas or what the criteria is for even finding them because secrets, duh.
– Sounds! It has them!
– Leaderboards! Kill creatures, get combos, score points, and brag to your friends how much better you are than them.
– Music! It’s really freaking good. 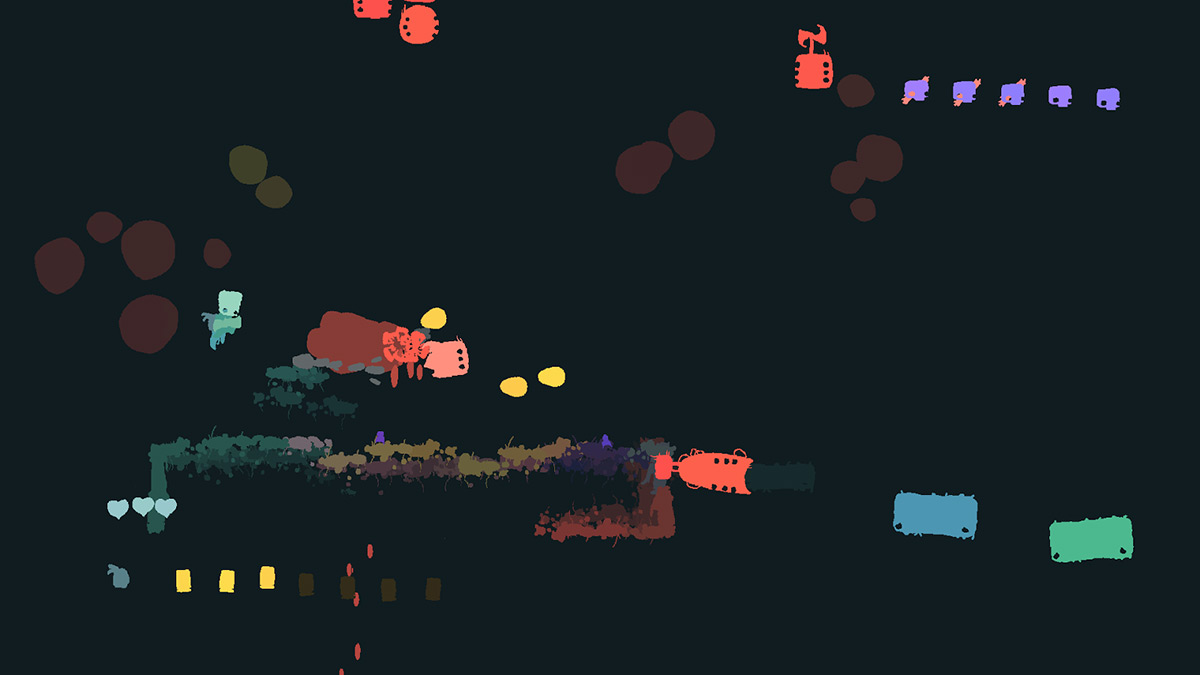 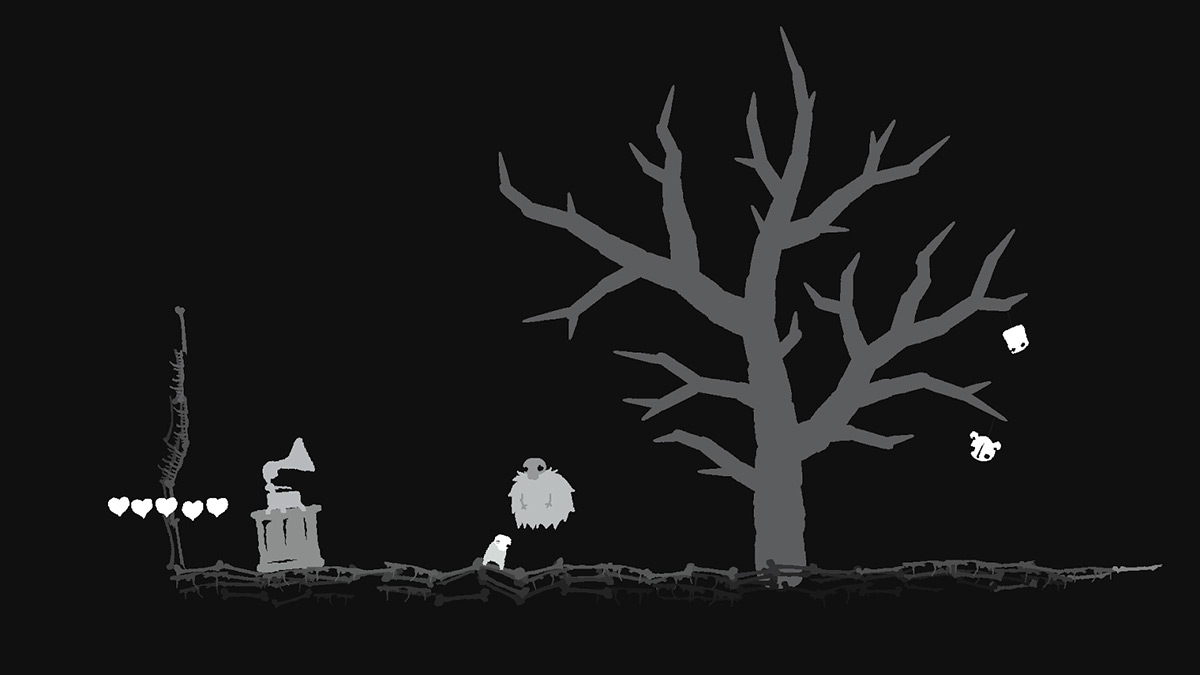 All of this works together for the player, in the hopes of completing the game and attaining one of its multiple endings. The visual style of the game is unique. Not only does it have a black background, and sparsely use bright colors in the foreground, the game also seems to illuminate the area immediately surrounding Ikk, as if he was in a spotlight of sorts, only not in a brighter sense but rather more of the colored foreground fills in around him.

GoNNER is available exclusively for the Shield TV, via Google Play. The game can be purchased for $6.99, but bear in mind that it’s a discounted launch price, and it will increse a few more dollars in the near future. Interested players can watch the trailer, and see what the game and its visuals are like.