Players are expected to eliminate hordes of evil droid creations, recovering the energy Cores, eventually making their path to the powerful “Mother Queen”. The FPS title doesn’t let down in the looks department, featuring “console-quality” graphics and a pulsing soundtrack. 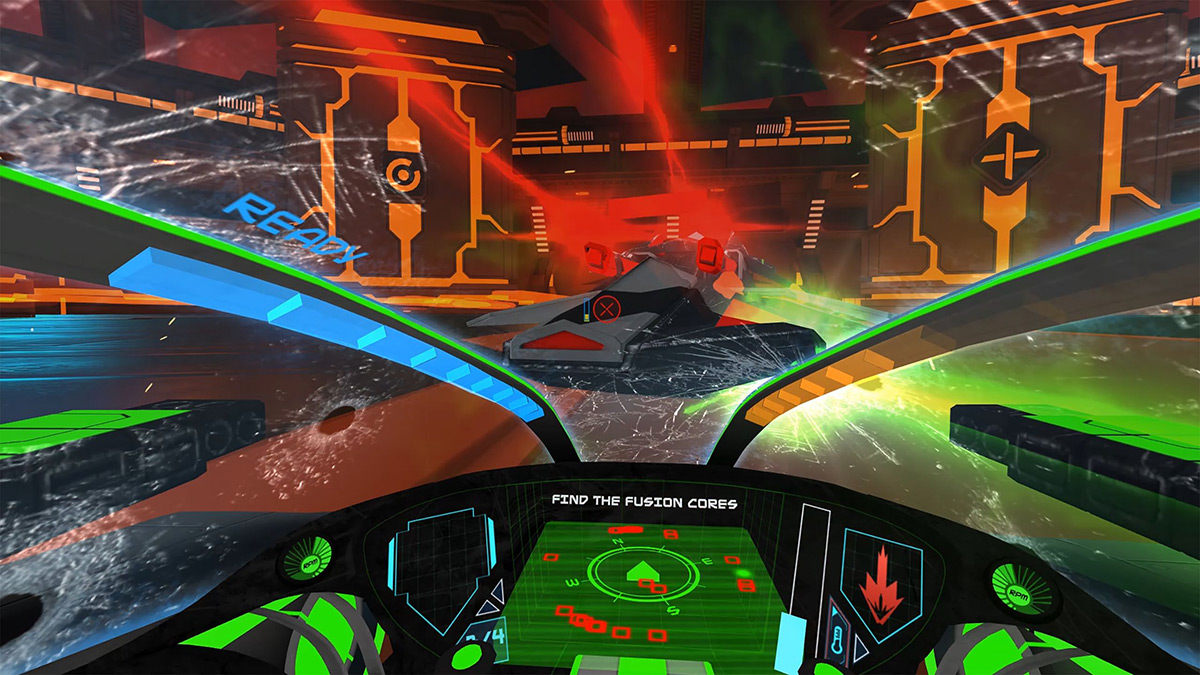 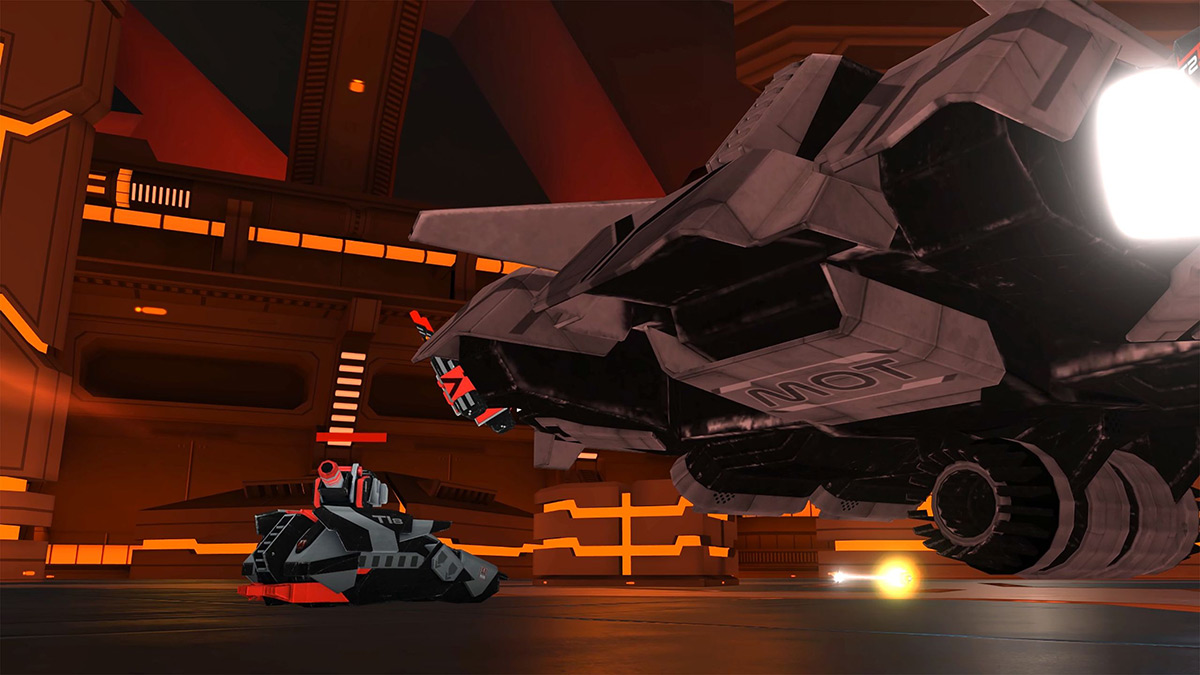 · Co-Op Multiplayer Arcade: Arcade style gameplay for up to 4 different players, where difficulty of levels will be adjusted automatically to keep up the challenge and fun, offering great replay-ability.
· Fusion Mode: Two players can merge their tanks to become one. A player will be the driver, and the other will take care of shooting missiles and proton torpedoes from the turret. This provides a truly unique and extremely fun feature that requires players to coordinate and collaborate.
· Unique TRON like levels: Up to 6 different gorgeous looking levels that, within VR, will make you feel like you are inside the TRON movie in which FUSION WARS’ aesthetic is greatly inspired.
· The Mother Queen and its droid creatures: Multiple and varied type of enemy droids await you. From great hordes of “Kamikazes” chasing you, to the evasive and invisible “Phantoms”, up to the final bosses, including the great and colossal “Mother Queen”. Each one will require different tactics and strategies to be annihilated.
· Fast-paced action: You will quickly learn the basics, but mastering the advanced maneuvers to defeat your enemies and provide support to your team mates may take some extra effort. Perform awesome evasive techniques using your turbo, while sliding and strafing your tank and shooting your laser guns or energy thunderbolt in backwards movement.
· Comfort Options: You’ll be surprised how despite the frantic action when driving your space tank, FUSION WARS causes little to no motion-sickness, thanks to multiple techniques used to prevent it. You may set your level of comfort according to your sensitivity
· VoIP chat: The in-game voice chat will allow players to communicate easily and coordinate their strategies and actions during the fight.
· Cross-platform: FUSION WARS is first released over the Samsung Gear VR, but expect an Oculus Rift version very soon that will be compatible and allow cross-play between players from any of these devices.
· Cross-buy: FUSION WARS will offer a cross-buy functionality among Oculus powered devices, meaning players will be able to purchase the game for either the Gear VR or the Rift, and be able to play and enjoy it on any of them at no additional charge.

Fusion Wars is available for the price of $6.99 on the Oculus storefront and Samsung Gear VR stores. You can check out the game’s trailer, as well as additional screenshots, below before dropping money on it. 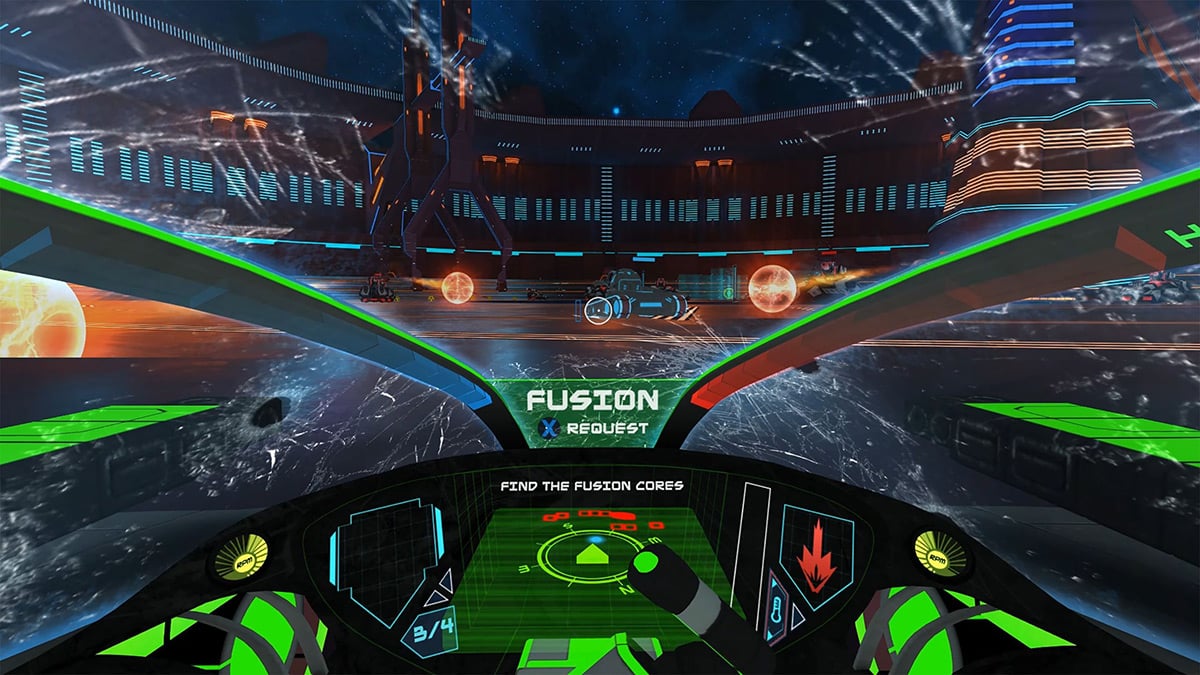 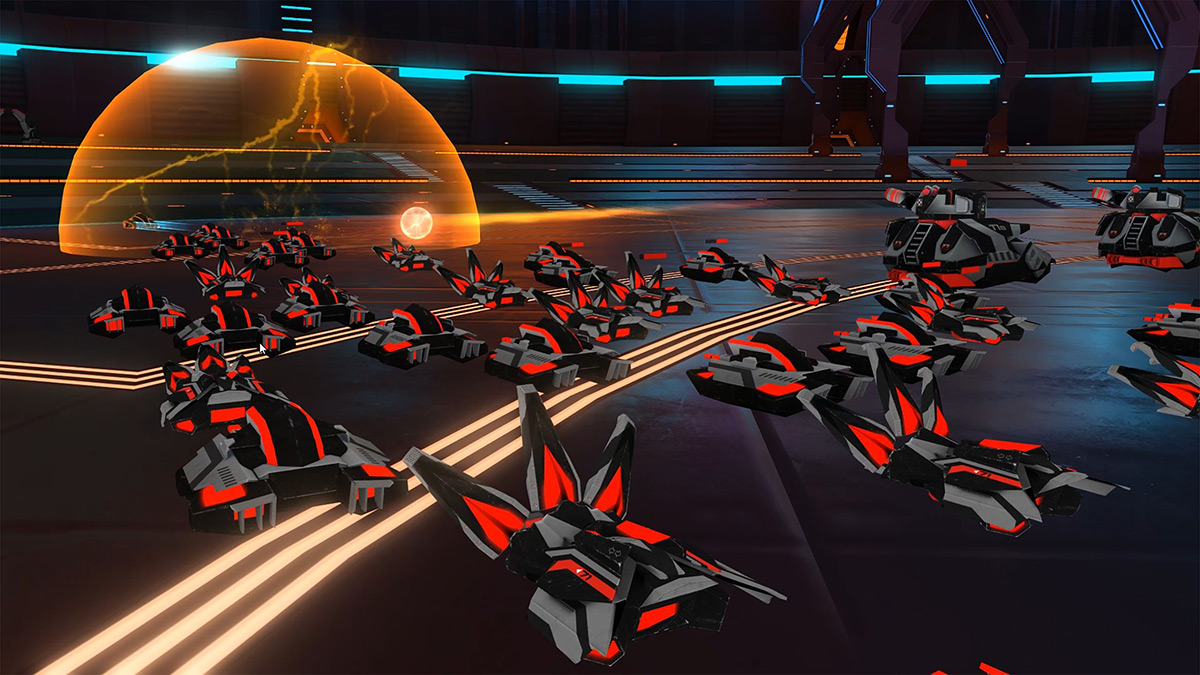