The Little Fox Review: Thank you Mario! But our Prince is on another world…

Let me start by saying first of all, without a doubt, this has to be the cutest android game of 2016. Secondly, don’t for a second let the cuteness fool you. Because if you do, you will be watching ads until the next morning. This game is deceptively tough.  Like any highly addictive drug, it perfectly skirts the line between frustration and “just one more.” Call me a glutton for punishment but i think, at the end of a crazy year, I have just found my new favorite game.

The Little Fox is, at its core, an endless runner. If you don’t like this style of game, then The Little Fox isn’t for you. But if you do like this style, or have a notion of “eh, I will give it a try”, prepare to be frustrated and rewarded before you decide to call it quits. Like many good games this game keeps it simple. Tap left on the screen to move left and tap right to move right. No need to Jump, or double jump, or wall slide (Take that iOS Mario), it’s all done for you. But you will need all of your concentration just to keep your fox on the path. Your other goal is to try and collect tears. 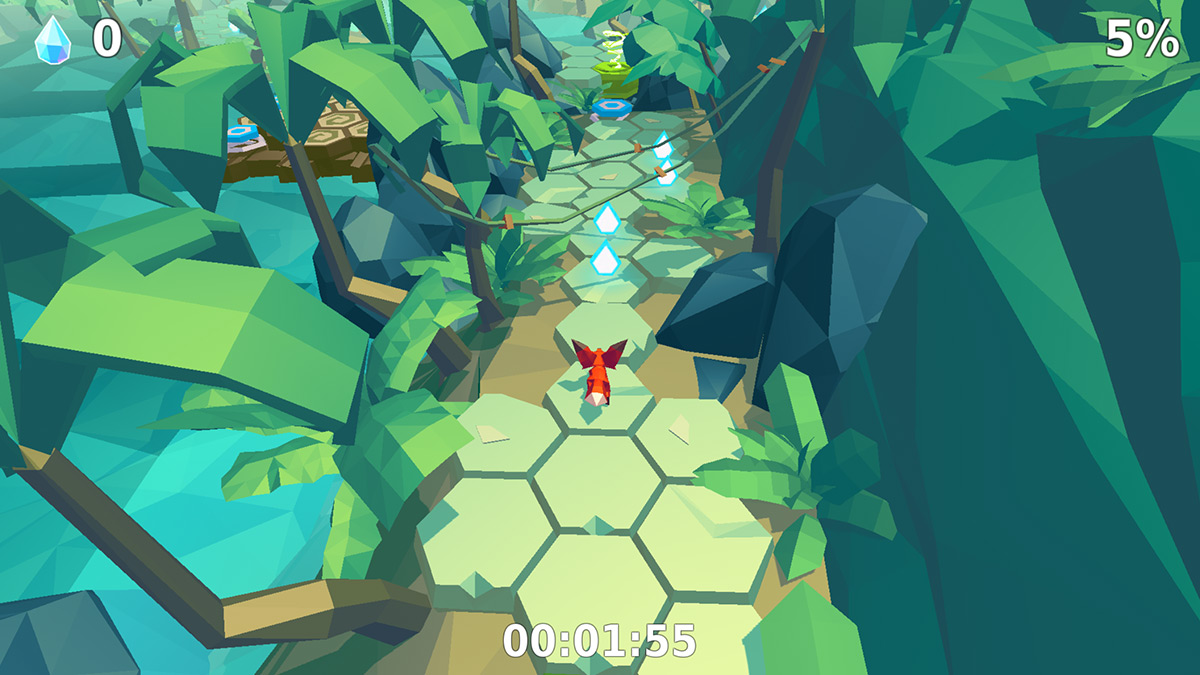 These tears have fallen from The Little Prince, and you are collecting these tears to water Rose, a literal rose, until you can return the prince back to her. Yes, this is also a find and return the prince/princess type of game. And a difficult one at that.  To try and sum up the difficulty, I consider myself a pretty good retired hardcore gamer, and I was able to unlock the Wild Endurance achievement (run across 1,000 hexagons) on world one. World One! Mind you there are probably only 200 or so hexagons on the world total. And this achievement was after at least 15 attempts and at least 5 ads.

Oh, and the ads. Well The Little Fox is a free game, but, the game is populated by ads. As far as i could tell, after at least every 3-5 deaths you will see an ad. No avoiding it. Luckily, the ad is only about 5 seconds long. Fair trade off i think.  Now each time your restart that costs foxtails. And you can get unlimited foxtails for $2.99, 100 foxtails for $.99 or 10 foxtails for watching an ad. These ads for the foxtails are your standard ad, not short like the ones after death. Being this is the holiday season, let’s just say I’ve seen a lot of ads.

The graphics style for the game is good, and nicely suited for this game. The levels are varied and you do have multiple branching paths and hazards to try and stop your progress.  The game runs nice and smooth on my S7 Edge, with only the slightest bit of slowdown at the very beginning of world 1, which quickly goes away. There are various normal colored hexagons which make up your path, and special hexagons throughout that have different attributes. These special ones range from speed, slowdown, jump, to one that i found that reverse your fox (imagine how many ads i had to watch after finding those). 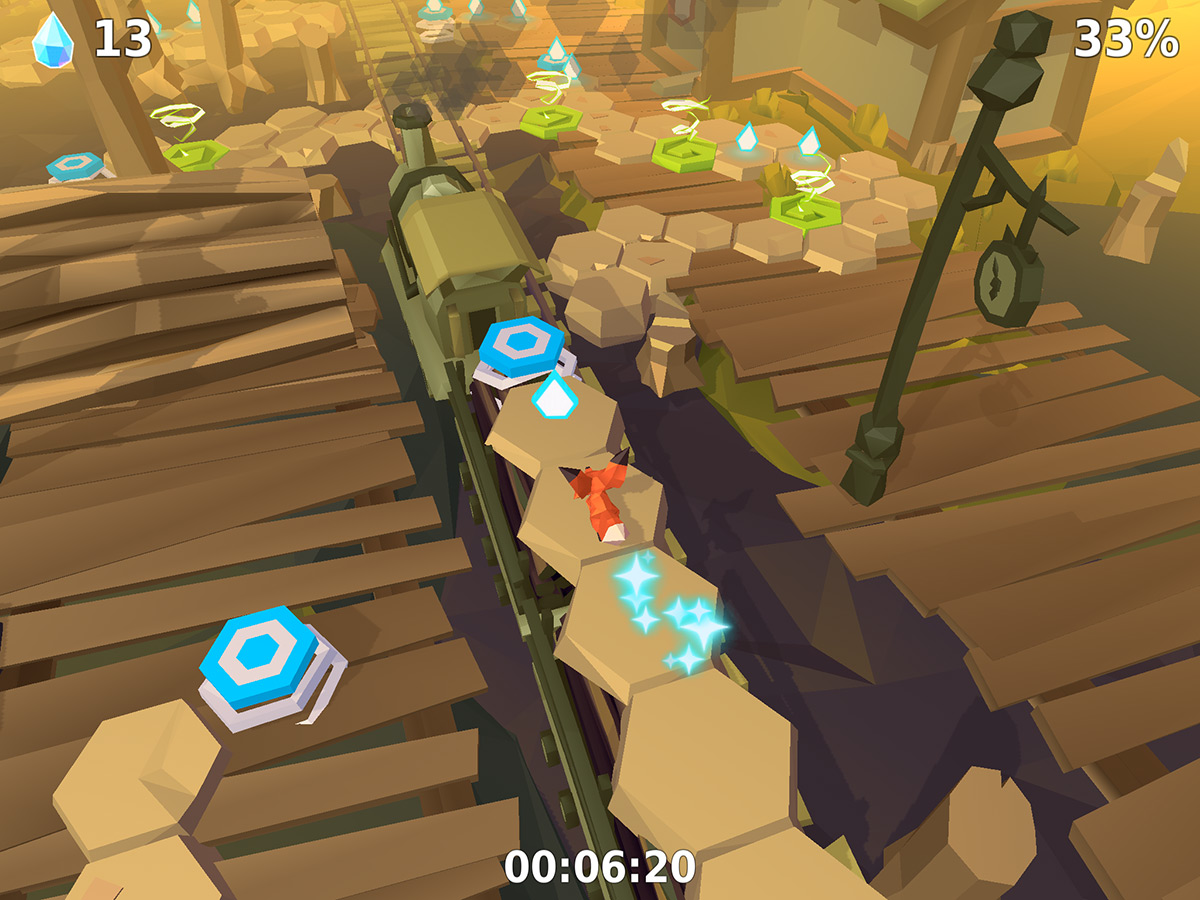 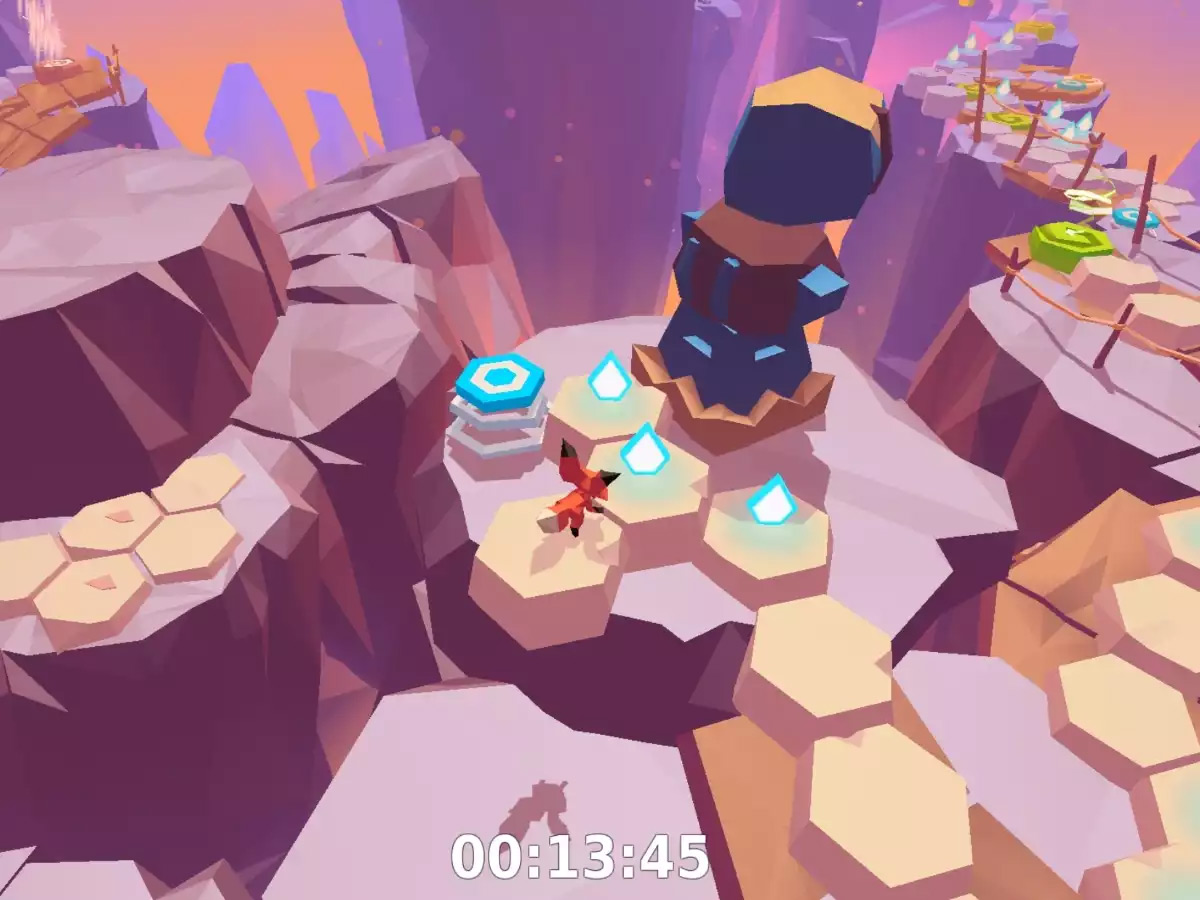 Now, to my one downfall or gripe with the game. That comes in the story. Apparently there is one to the game, although you couldn’t tell that by playing the game. You see, the story,as I mentioned above has to do with a Little Prince who separated from Rose, to try and see if there were more like Rose in the Universe. The Little Fox stumbles upon Rose who tells him/her this story and The Fox vows to find the prince for Rose. Now this is a interesting story, and one that would have put more emotion on my quest to survive (besides not having to watch another ad). I stumbled upon a video of the game on YouTube, which had the story in cutscenes embedded in the game. My version had none of this. I don’t know why, but maybe the developers can answer that for us…

In conclusion, The Little Fox is an outstanding game, that oozes cuteness and difficulty right from the jump. It’s the perfect pick up and play game, which could have been enhanced by the inclusion of the story cutscenes. Who needs Super Mario Run, when we have The Little Fox. (Just kidding Nintendo, please bring Super Mario Run to Android)