18 Dream World Review: Dive into the dream in this chaining puzzle game

While not being especially groundbreaking, 18: Dream world has a special charm that could appeal fans of the match-3 puzzle genre.  18: Dream world is a chain puzzle game by GameSamba. Players connect chains of similar gem-like objects to defeat enemies in each stage. Throughout the game, you collect divers with different abilities and form teams to help sleeping beauties by defeating the witches keeping them in a coma.

At first glance, it may look like just-another-Puzzle-and-Dragons clone, but there is a visual aesthetic here that I really enjoy. The anime art style has an undeniable Shin Megami Tensei: Persona vibe. From the headphone wearing protagonist, the snazzy cat in a zoot-suit, and the sheep in a top hat, the artwork has a sense of whimsy and flair.

The game-play isn’t unique: you chain together similar icons to attack enemies on the top of the screen. Each diver has different abilities which can be used to help clear the board, there are elemental strengths and weaknesses, an AP (stamina) system to limit time played, login bonuses, summons, friend assists, and in-game shop items.

However, I like 18: Dream World for one thing it’s missing and one thing that’s new. It’s missing a time a time limit or limited number of turns to complete each stage, which is great for someone like me who doesn’t always make the best choices when tracing gems together. And then there’s the new bonus Goddess ability when 18 or more gems are traced. I can’t always achieve it, but when I do, it gives me a great feeling of accomplishment. 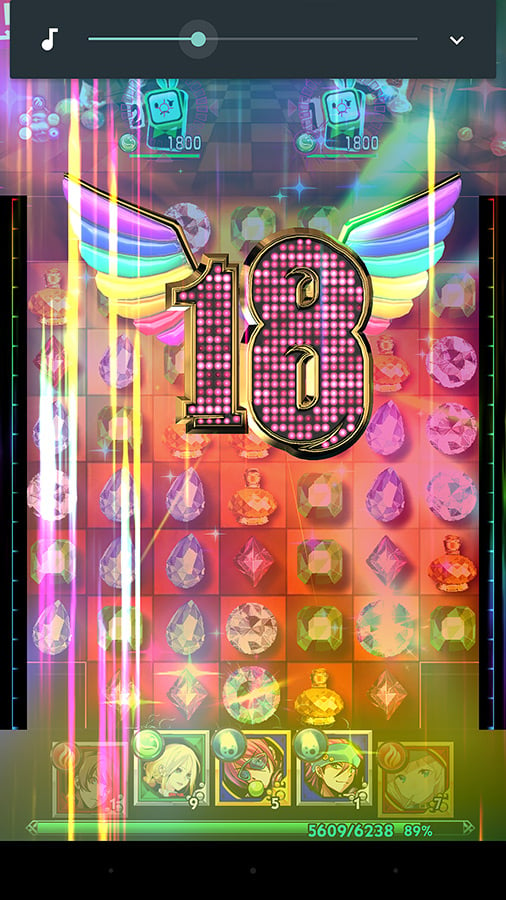 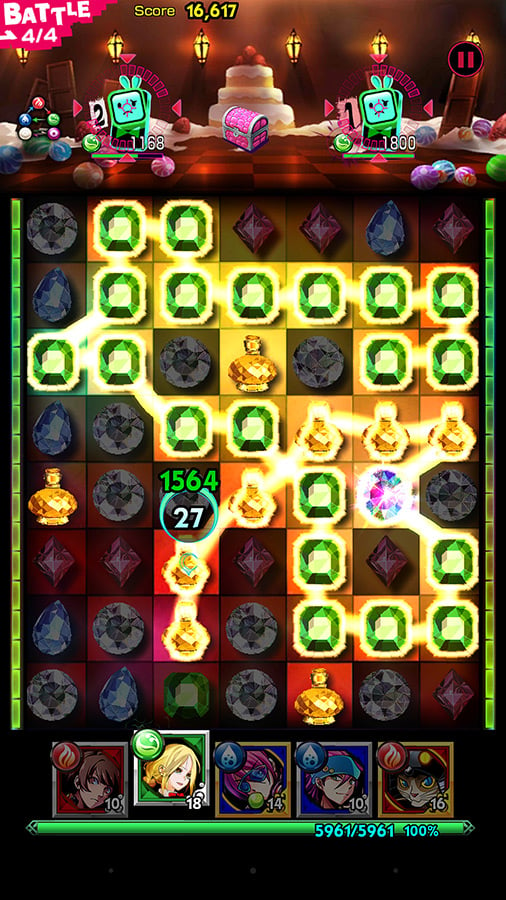 The tunes have a very synth-pop feel to them and again remind me of the background music in Shin Megami Tensei games. It’s a formula that works well.

The fact that it has a storyline is a feat in itself. It’s a nice change from the typical match-3 games that throw you into the action without any other reason than “defeat the enemies at the top of the screen.” The plot adds immersion, which earns this game a brownie point from me, and is enough to keep me coming back for more to find out what happens next.

Aside from a few spelling errors and some non-translated text here and there, 18: Dream World is a nicely polished game. I look forward to playing it more, and  I look forward to GameSamba’s future game releases.