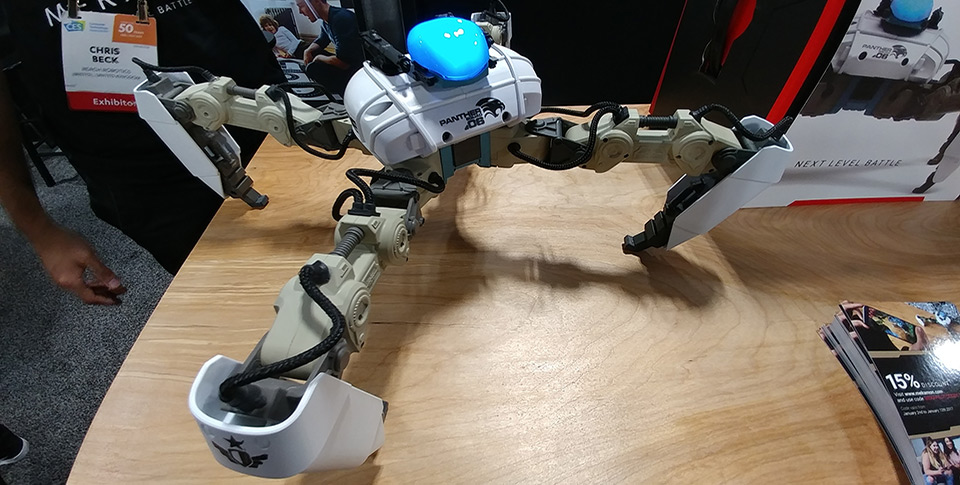 Reach Robotics debuted their Augmented Reality game Mekamon today at CES. It features premium gaming robots that battle in both physical and virtual worlds. They’re currently available at MekaMon.com for $329, or $599 for a pair.

Your smartphone will be your controller and allow you to customize your robots, with the camera funneling through to shape the virtual battlefield around your mech. Single player consists of a campaign that, as you progress through, offers up experience and upgrades that you can utilize. The robots have different abilities and weapons that can be customized prior to matches, allowing for a much greater depth of strategy.  Multiplayer modes include Arcade, Tug of War, Last Man Standing, and others. The robots can also connect to multiple devices, allowing two or more friends to play cooperatively. 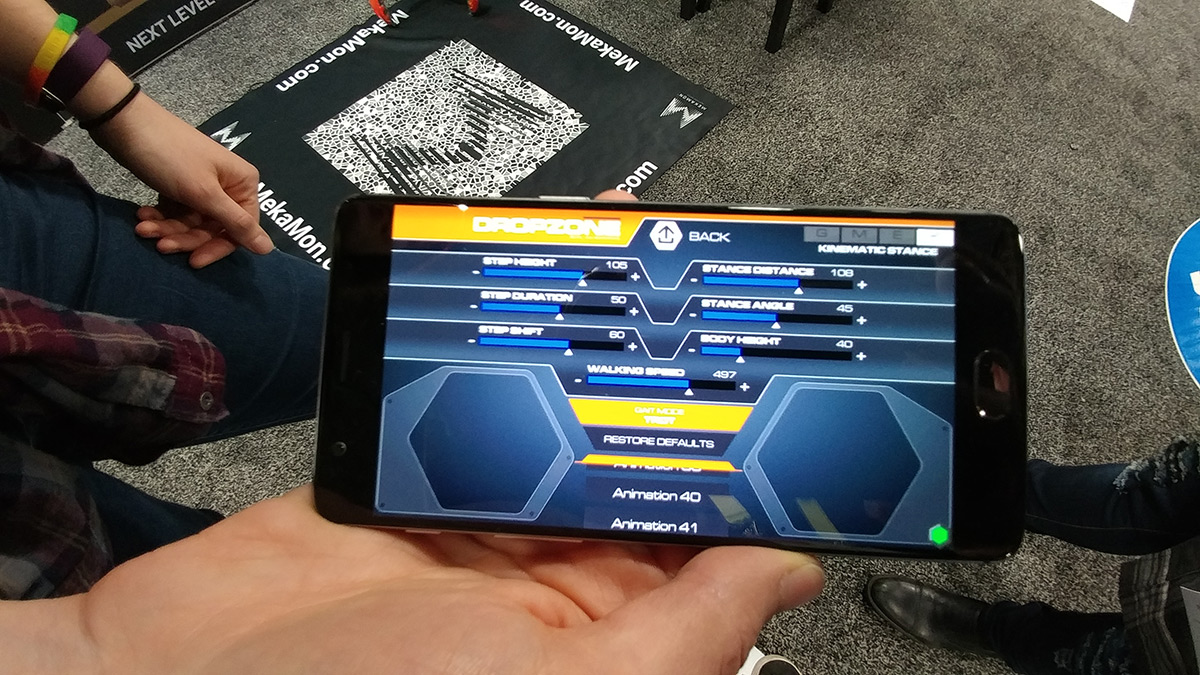 Some of the technical features of the robots:

Controlling the robots is similar to playing an FPS game in that you have two virtual joysticks, with the left one being moving direction, while the right one is used to face in a specific direction. All of it works pretty well when controlling your robot. You can snap off different parts of each robot, and snap on other ones to upgrade or change how your robot functions in game. You can make them more tank-like, but they move slower, or more agile but dealing less damage and having less armor. 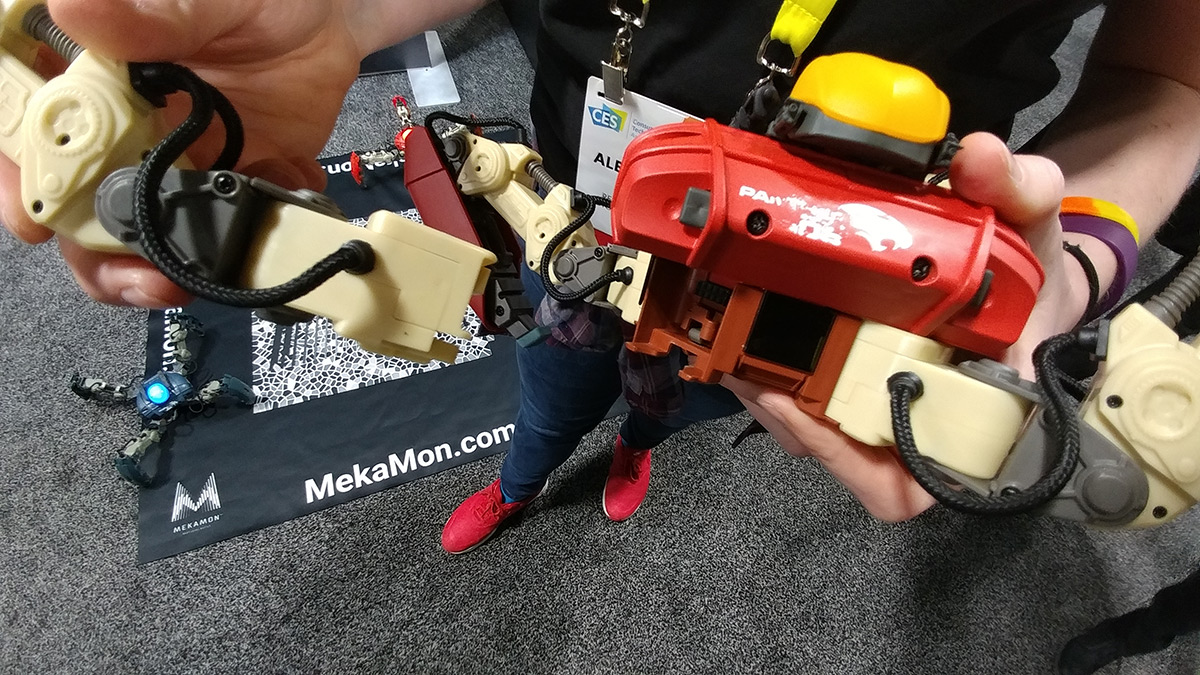 If you’re going to play single-player style, the robots have an augmented reality mat that you can play the other single-player game modes on. This, however, isn’t needed if you’re going to duke it out with another robot. If you happen to break a leg or something, they can pop right off and be replaced with a new one in about 5 seconds. Overall, definitely a neat robotic toy/game.