The award-winning* Warlock’s Tower is an ingenious little movement-puzzle game brought to us in the monochromatic aesthetic of Nintendo’s original Game Boy.  Emulating that 80’s 8-bit nostalgia so many people love, Brazil-based indie developers Midipixel have created a wonderful retro gaming experience perfectly in terms of graphics, sfx, and music for our enjoyment.

In Warlock’s Tower you play as up-and-coming mailman Tim, and his spunky friend Jess, trying to deliver a peace offering to the diabolical Warlock by ascending his dangerous tower, so he’ll stop using black magic to drain the world’s energy. 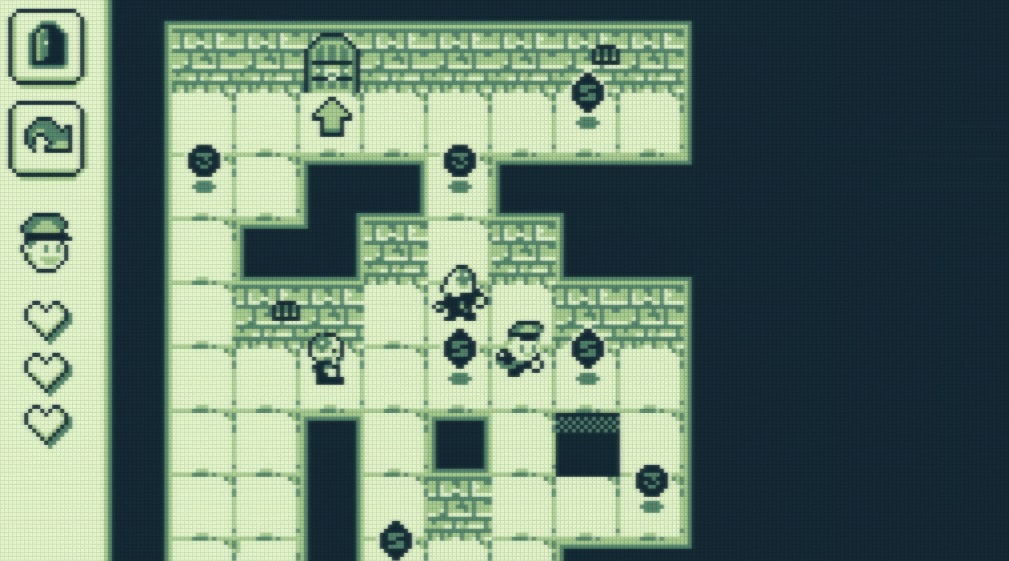 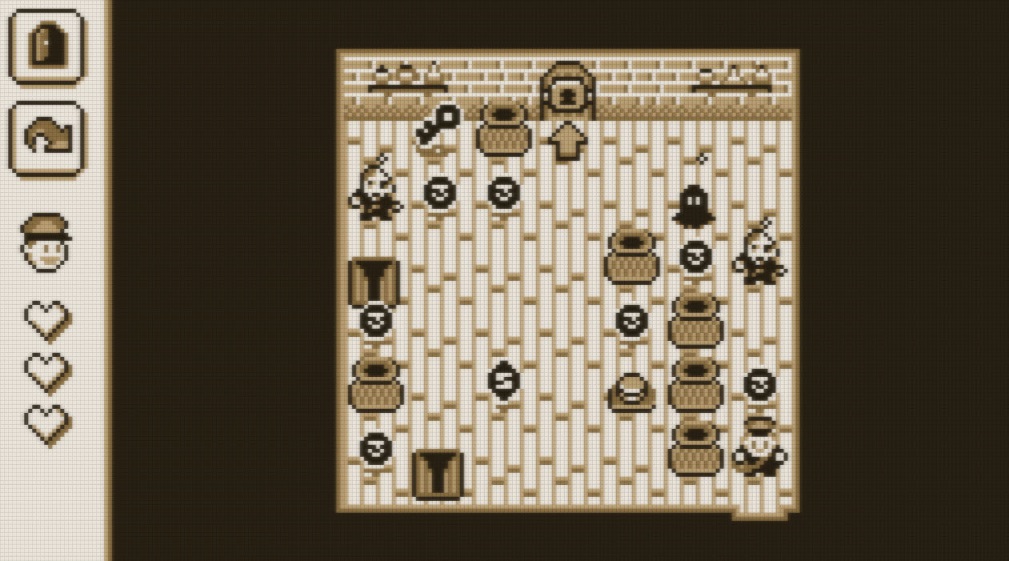 Warlock’s Tower takes players through 5 unique “world types,” with themed designs such as dungeon, warehouse, and laboratory in over a hundred levels.  To get to each floor’s exit players will need to pull levers, ride treadmills, use teleporters, and collect the key to the door out.  Each floor will also be filled with a variety of monsters.  There’s zombies, slimes, and floating eyeballs among other things, each with their own behaviors and movements.

What makes this trek so interesting is the clever mechanic of the life-draining tower- the curse is that for every step you take you lose a little of your life.  One life for one step.  Players will have to go floor by floor, trying to reach the Warlock’s private chamber at the top of the tower, not only avoiding traps and enemies, but also in as few steps as possible. Lastly, Warlock’s Tower comes with full Twitch integration, allowing players/broadcasters to play with their subs, followers, and general viewers right from within the game.

Will you be able to survive long enough to deliver the pivotal parcel and restore peace to the world? Warlock’s Tower will be available via Google Play on January 31st.