For those of you who missed our previous coverage of Star Wars: Force Arena, this particular game is a much more PvP-focused title than previous Star Wars games to come to Android. Players will be going up against one another in real-time combat after you decide which faction you want to be on, the Rebellion or the Empire. Once you’ve decided which side you want to fight for, you’ll need to start building up your squad of troops and vehicles in order to battle it out with players from the opposing faction. 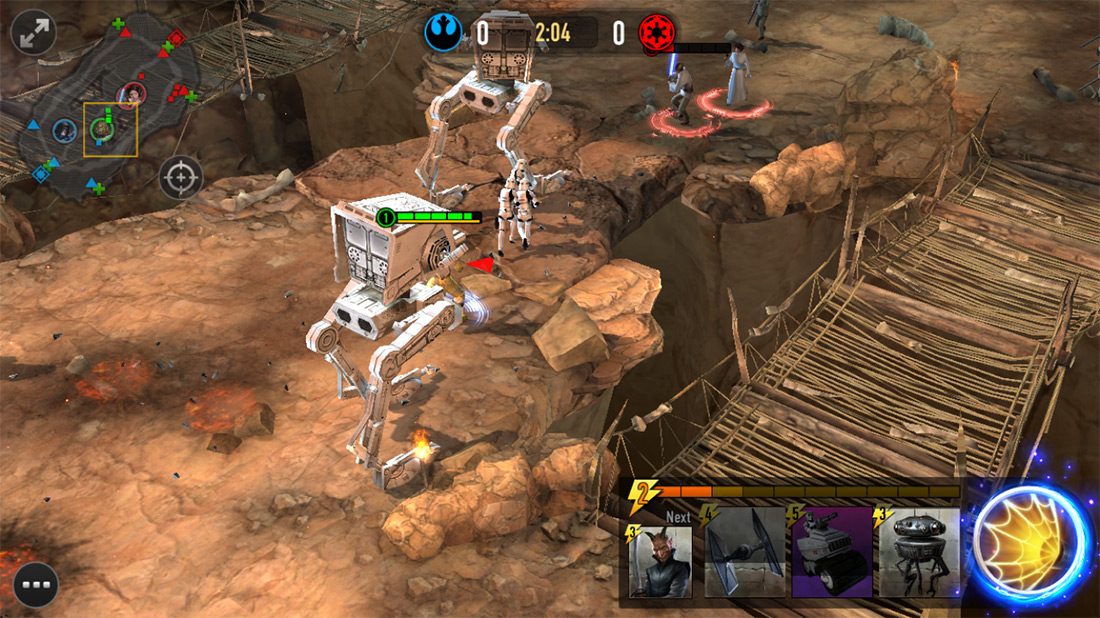 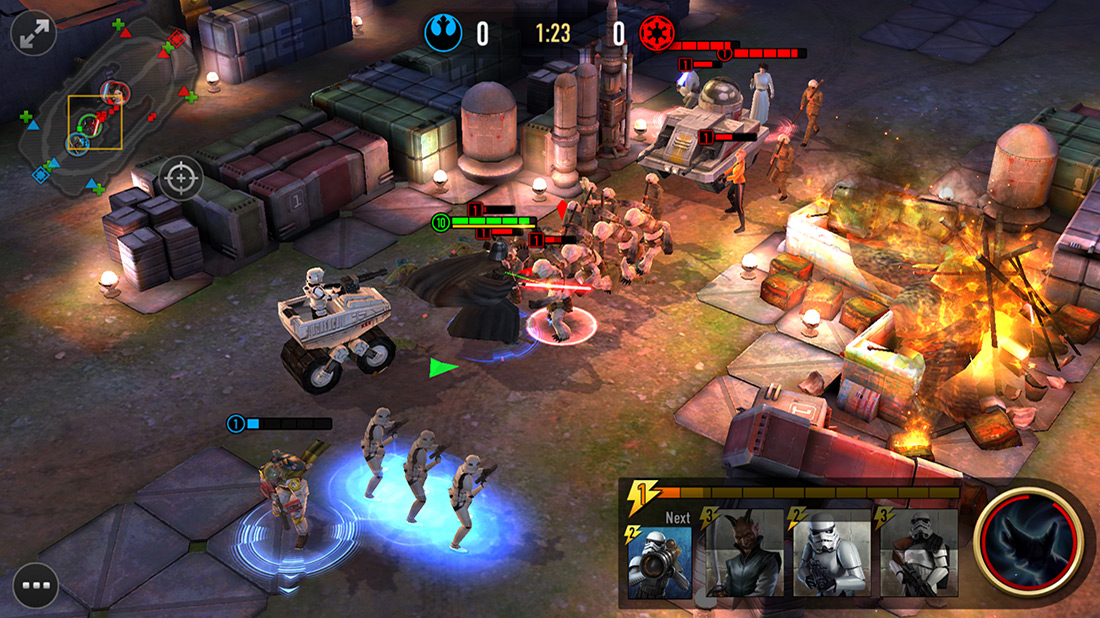 You will be building your squads by recruiting characters that come with different skill and attack abilities with character cards. These cards are acquired after each battle and can be upgraded to strengthen your current squad. Combat takes place in an arena setting, almost like a MOBA type of game. You’ll be able to build customized decks of characters including legendary duos such as Han Solo and Chewbacca. Each pair of characters will provide different boosts to your squads.

– Battle and join forces with other players from around the globe in real-time 1v1 or 2v2 synchronous, PvP arena matches.
– Lead a team of over 65 iconic Star Wars characters and vehicles upon global launch including Luke Skywalker, Darth Vader, and Ezra Bridger
– Collect and upgrade your favorite characters to create the ideal Rebel or Imperial squad while leveraging powerful character duos that boost your effectiveness in battle.
– Compete to earn rewards, special characters and bonus items by participating in events. 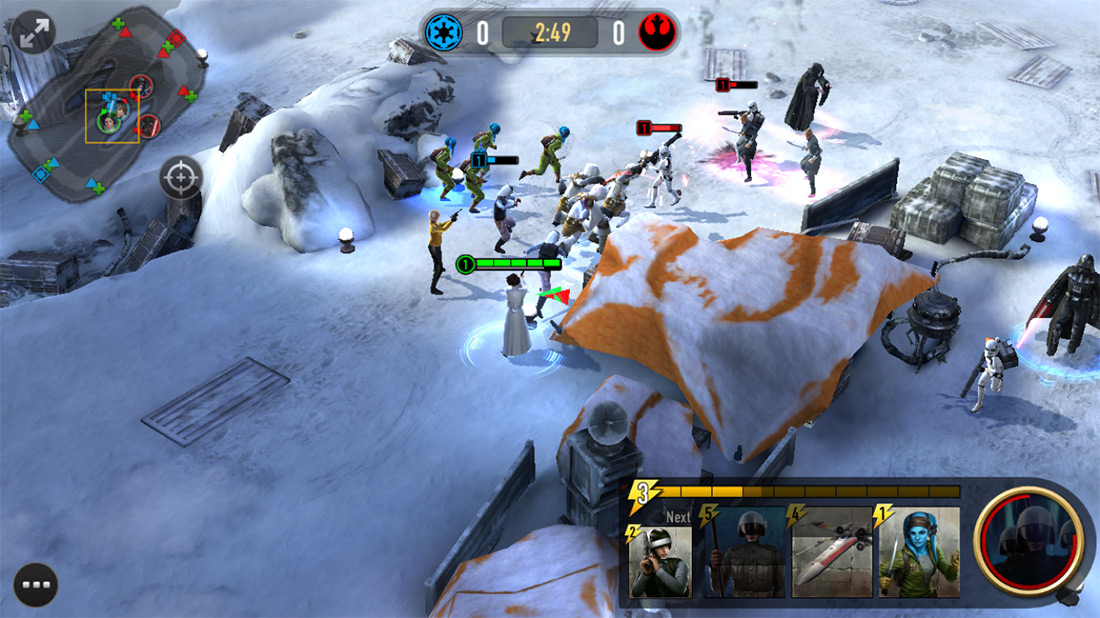 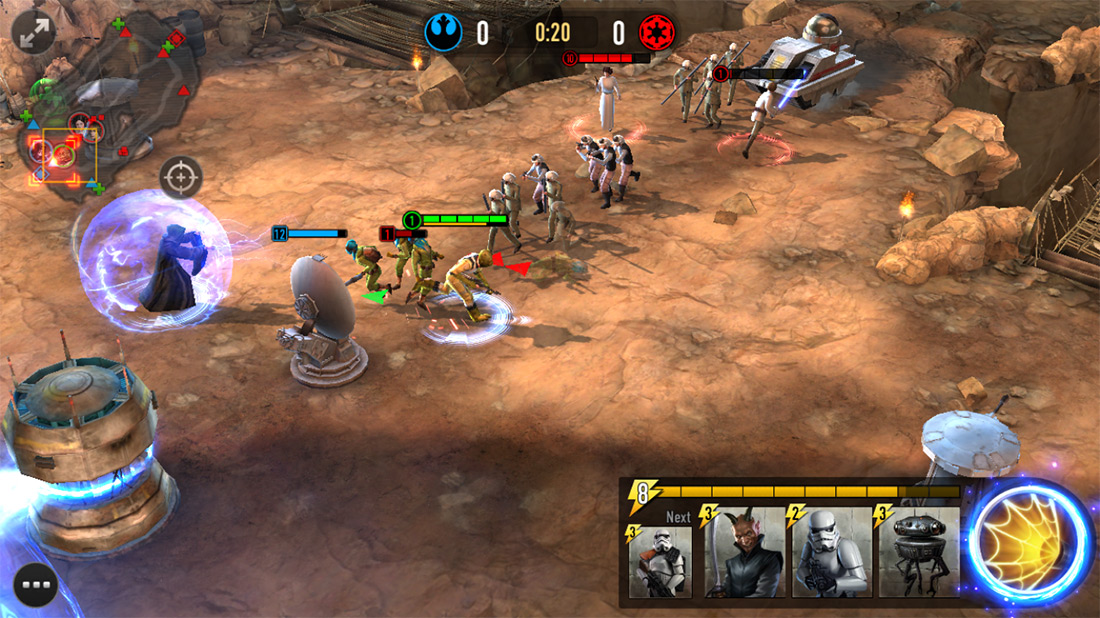 Like a lot of other multiplayer games of this nature, the rewards you earn are based on your performance in the game. So the higher up you rank on the leaderboards, and the more games you win, the better the rewards will end up being. If you’re not into the multiplayer end of things, there is also a single-player mode you can work your way through, as well as training modes for solo players. For those of you into PvP, matches can have both 1v1 matches and 2vs2 team combat.

If you’ve been waiting for this game to arrive, Star Wars: Force Arena is now available off of Google Play for free. It does include optional IAPs as well for boosters and things of that nature. You can check out the game’s trailer below to see some of the gameplay.