The layout of the game is just like your standard tennis court, with the player’s character at the  bottom of the screen and the opponent up at the top. Players will use simple swiping gestures to move their character to one side or the other (or up and down, though to a lesser degree), returning the ball automatically as soon as the character comes in contact with it; the faster the swipe is made, the harder the ball is returned. 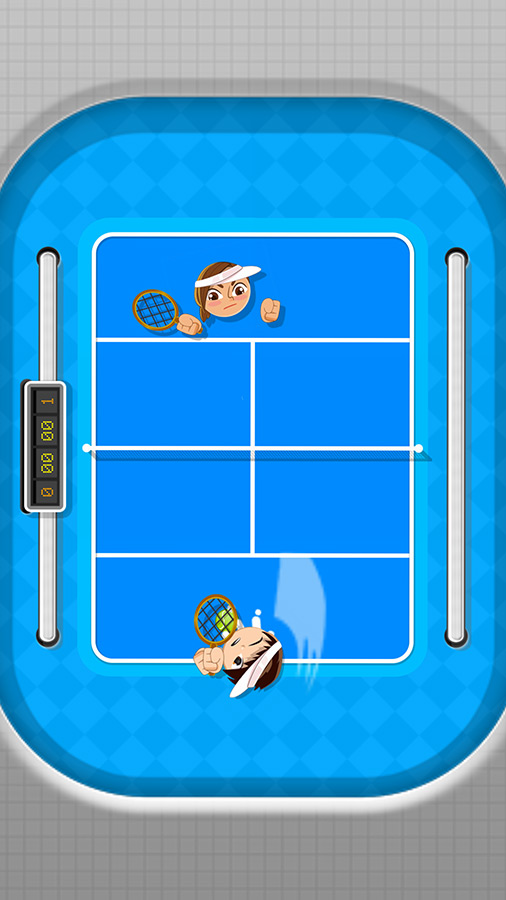 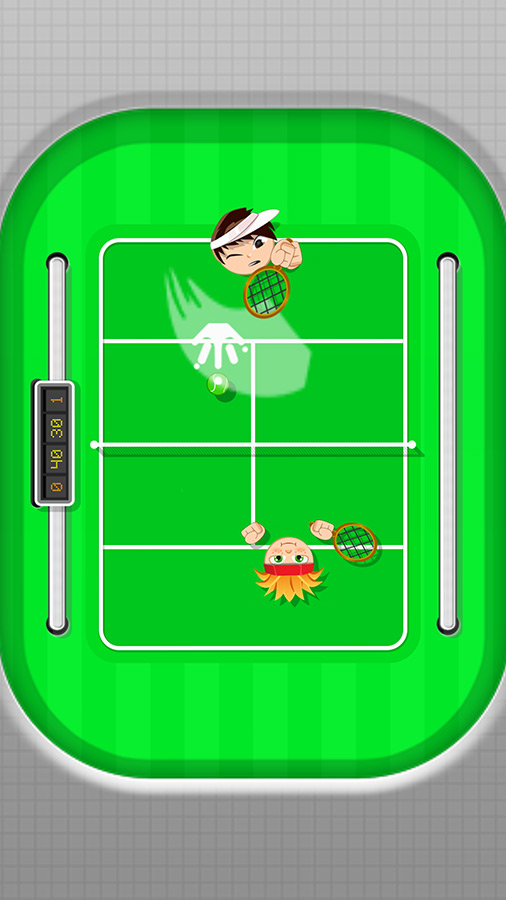 – Over 30 Characters to unlock
– Over 10 Different Tennis courts to play on
– 4 Game modes to keep you entertained for hours
– Single Player Game
– Multiplayer – Challenge a friend in two player mode
– Tournament – Can you win the Bang Bang Grand slam?
– Arcade mode – Beat each level with power-ups to unlock the boss in the final level
– Simple controls
– Google Play Game Services to top the leader boards and unlock achievements
– Localized in 12 languages

What separates this from conventional tennis though, is that there is a bumper running along the length of each of the long sides of the tennis court, allowing the tennis ball to ricochet off of it. Thus, it feels a bit like a fast paced brick breaker, as you try to keep the tennis ball from flying past your character. As players progress through the game, coins are earned that can be used to unlock other characters. Bang Bang Tennis does include different formats of play that include single player, multiplayer (with one person controlling a character at each end of the court), Tournament play where players can compete to unlock 200 coins, and Arcade where players progress through matches, face bosses, and use power ups.

Bang Bang Tennis is available for free from Google Play. The game does contain ads, but they can be removed for free with a single IAP of $0.99. Interested players can check out the trailer below, to see more of the game in action.