Attention Duelists! The doors are now open to Konami’s newest Yu-Gi-oh! game, Duel Links. US and Canadian fans can now ready their decks and battle for supremacy in player versus player duels with this faithful adaptation of the tabletop card game, optimized to take advantage of mobile devices.

This version of the trading card game is based on the Yu-Gi-Oh! Speed Duel format, which is geared toward beginning players while still retaining most of the strategy veteran players are accustomed to.

The main differences the Speed Duel format introduces include:

All other rules, including turn order rules, are virtually the same as in a normal duel. Speed Duel, although targeting novice players, is also useful for quick games that don’t draw out for too long, which is ideal for on-the-go dueling. 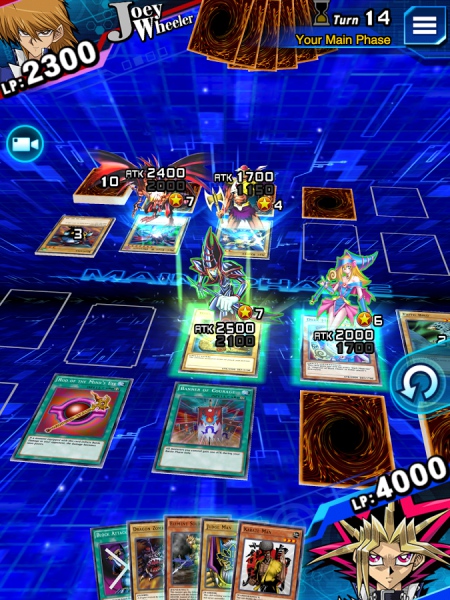 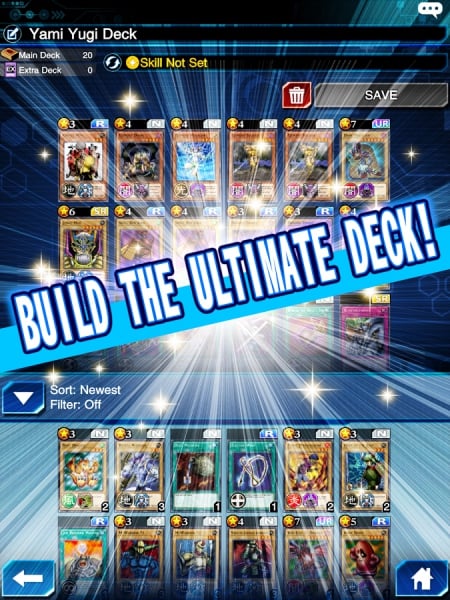 Yu-Gi-Oh! Duel Links is set during the Duelist Kingdom arc of the anime’s original US run. As such, players will encounter familiar characters such as Yugi, Kaiba, and Joey—among other names—in addition to voice overs from the original show. Deck building, one of hallmarks of the real-world game, is a part of the game, with over 700 cards to choose from. Duel Links features 3D animations for signature monsters—speaking of which, players who play the game before February 28th will receive unique versions of the iconic Dark Magician and Blue Eyes White Dragon monster cards, sporting special illustrations. Other goodies, such as special card sleeves and mats, are also a part of the giveaway.

Yu-Gi-Oh! Duel Links is rated T for Teen, and is available to download for free on the US and Canadian Google Play stores. Releases in other parts of the world will soon follow. The game includes in-app purchases ranging in price from US $0.99-44.99 per item.