Let’s face it—we all love seeing cars smash into other cars and completely demolish each other. It satisfies a primal urge in us as humans to see stuff get obliterated for no good reason other than it being entertaining. Mojo Game Studio knows this, and its newest racing game, Demolition Derby Speedway 2017, goes windshield deep in destruction and just lets you eff cars up.

One thing you’ll notice straight away: this game looks ugly. I mean, early-PlayStation era ugly. But it seems to fit the theme of a dirty, ugly, unrestricted derby racer perfectly. About the game’s features, well, I tried to come up with a great way of describing it, but I think the developers already do a good enough job. 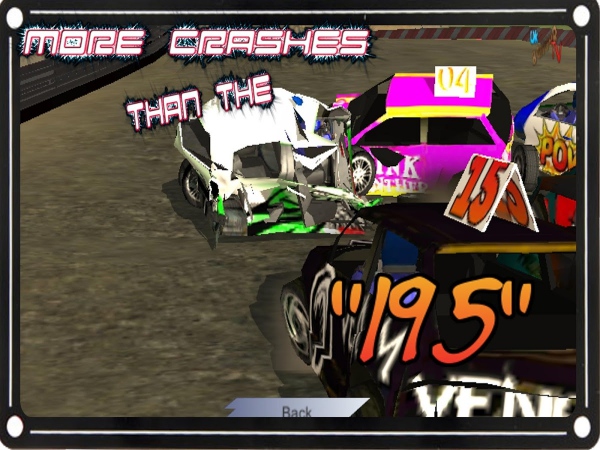 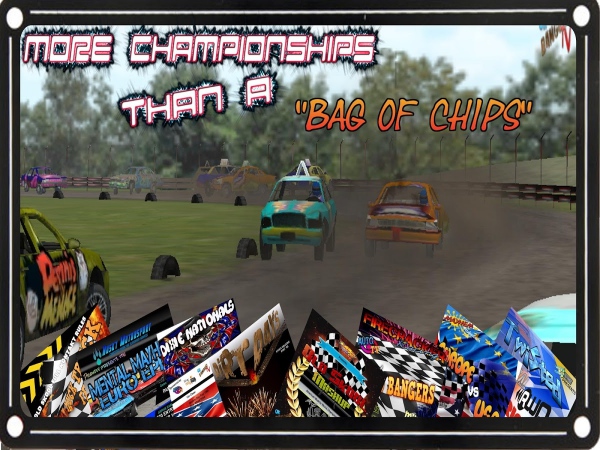 Yeah, exactly that. It’s basically a mish-mash of any and every type of racing, both real and virtual, in one hideously glorious Android file. One thing not mentioned in that description is that Demolition Derby Speedway 2017 features “deformation simulation”, so your cars don’t just get messed up, they get messed up according to the laws of physics (probably). It also features “accurate car specifications and handling”, because you really don’t want your vehicle’s roof to get caved in because it didn’t handle the way you expected it to. And if you’re keen on experiencing the feeling of seeing a car’s engine smash through your windshield head-on, the game includes an “immersive” in-car first-person mode, so you can see all those bits of glass and steel fly into and around your face and body up close and personal (again, probably, but it could just be my imagination running wild). This racer is so intense that the developer can’t even figure out what its game is called, referring to it as both the aforementioned DDS 2017, but also “Carnage” in the description and game icon. 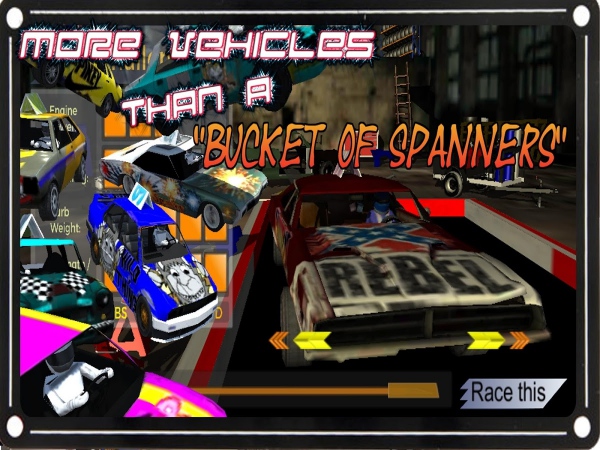 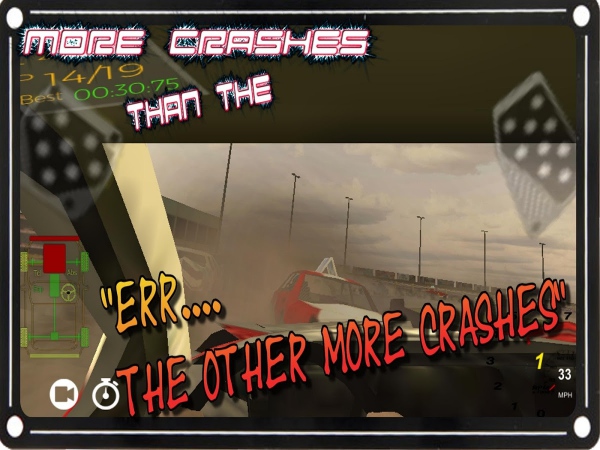 If you like living life in the crash lane, Demolition “Carnage” Derby Speedway 2017 eagerly awaits you with open doors and rolled-down windows. It’s free to download from the Google Play store, but includes in-app purchases that cost from $1.95-4.95. Its only requirements are a device running Android 4.4; the developer explicitly notes that this is a “Universal app,” and you can “install on any Android device including tabs [meaning tablets].”