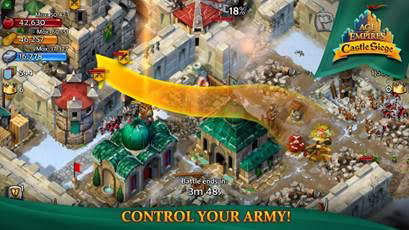 Choose ancients Civilizations such as the Britons, Teutons, or Kievan Rus. Enjoy the company of Joan of Arc, Saladin, and others. You’ll guide your chosen civilization through the middle ages, shaping economies and waging war. Unlike many other titles of this genre, you’re able to command your units individually which lends to a much greater depth of play and immersion than just clicking “attack”.

Currently available on iOS and Windows, the game will maintain that cross-platform compatibility. You’ll be able to save your data to the cloud and pick up where you left off on any device that shares one of the three supported OS.You can check out more screenshots below. We will post an update once we get closer to launch and know an exact release date.