However, if you don’t make enough money you starve to death, and being you are a tiny orphan thief you need to beware of large thugs that’ll beat you up and take half of your pinched coins.  The only other real threat to your livelihood are the coppers.  If you are caught by the police it’s game over and you are sent to a tiny cell to live out your days.  They patrol twice per day and the only way to avoid the police is to hide in a dark alley until they’ve left the scene.

It’s a fundamentally simple game, all you need to do is pass over someone to get their money, as slick as the Artful Dodger in Oliver Twist ever was.  Once you’ve purloined their purses, they change to a shadowed black indicating you’ve already picked their pockets.  As each day passes into the next there are more people offering much more opportunity, but also more thugs to contend with, gradually ramping up the difficulty of trying to survive these tough times. 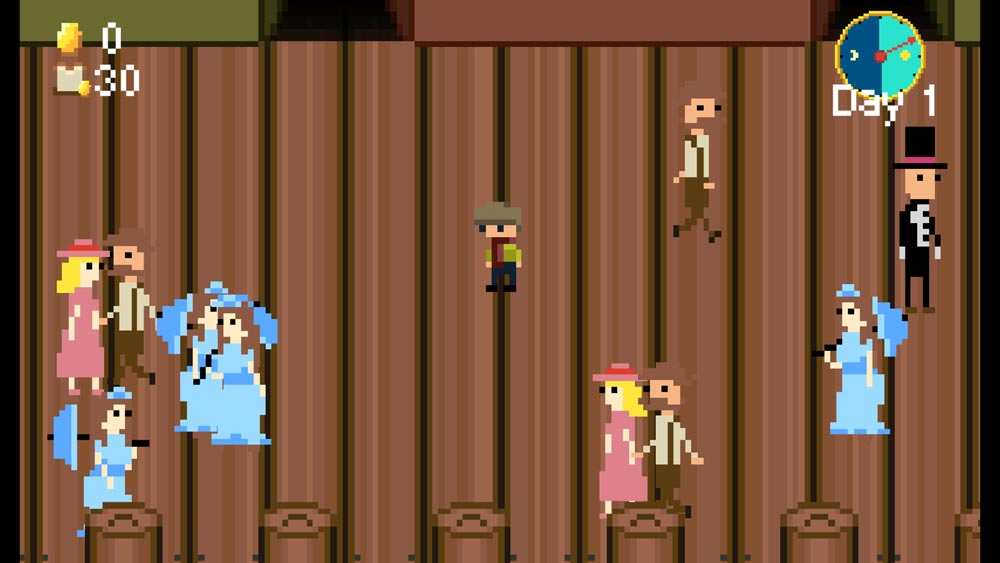 Orphan has good music and sound effects.  The visuals are both fitting and entertaining, keeping a very minimalistic aesthetic which ties in with the simple gameplay perfectly, creating short bursts of challenging fun for players.

In fact, Orphan is good enough that I really only have a few minor complaints.  The first is the controls.  You must move your finger across the screen where you wish to move- this is a problem because it obscures your view and leaves you blind to the the thugs and coppers.  This is a case where a floating virtual joystick would be a perfect fix.  It would keep mobility and maintain visibility making the experience much more enjoyable.

The second issue is a more of an annoyance having to do with the enemies.  Thugs and coppers can snag you back to back without giving you an opportunity to escape.  After a few days in game time, getting pummeled by thugs one after another with no chance to run or hide becomes a frustrating mechanic that could be alleviated by something like a couple seconds of invincibility after being beaten up. 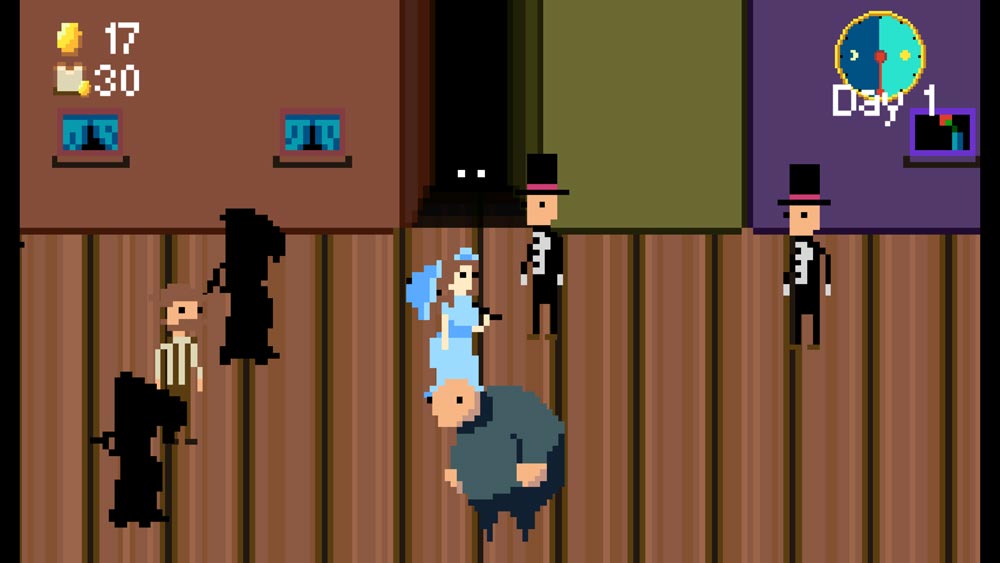 Lastly, it would really be nice to get more locations to play in, and perhaps even have especially rare and wealthy travelers to target for an added monetary bonus pass through the area once per day.  It’s always the same place and the game could be greatly improved with extra locales with which to try your fine filching skills.  A small variety could add an entire extra layer of replay value.

Though, as it is, Orphan is a fine time filler for those looking for an entertaining 5 minute break from the modern world by wandering the streets of Victorian London as a juvenile pickpocket. Orphan is free on Google Play.