Voyageur will journey onto Android this February 7th, 2017 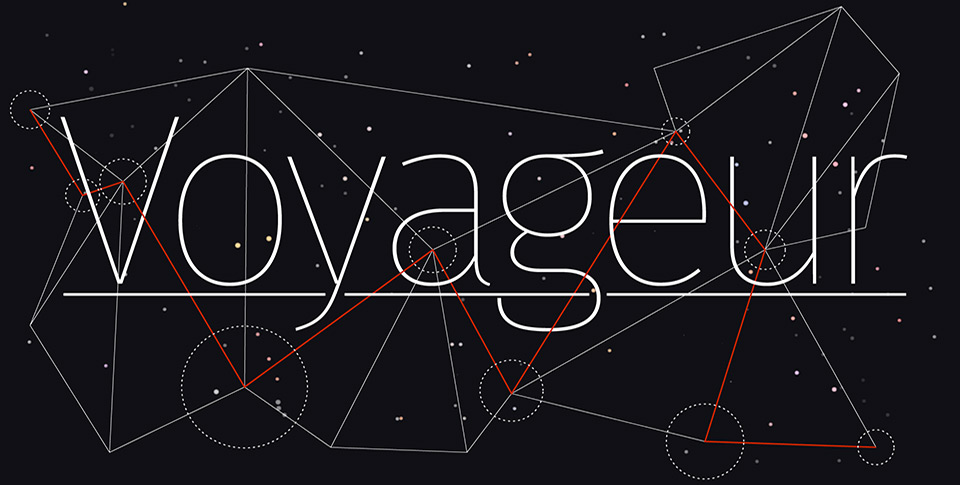 Voyageur is an upcoming gamebook/fiction style of game from two developers, Failbetter Games and Bruno Dias. This is a roguelike gamebook, which is actually pretty unique in the gamebook genre, where the galaxy you are having your adventure in will recombine itself in different ways every time you play through it.

As the story goes, players will be heading on a one-way journey towards the center of the galaxy, where you will encounter strange life and unique civilizations. You will need to assemble a crew, mostly made up of ‘misfits’, and trade in strange and exotic cargo. Along the way you will stumble onto clues regarding something called the Descent Device. This is an alien machine that enables faster-than-light travel, but only towards the pull of the galactic core. In order to find it, or even use it, you’ll need to figure out the secrets behind it. 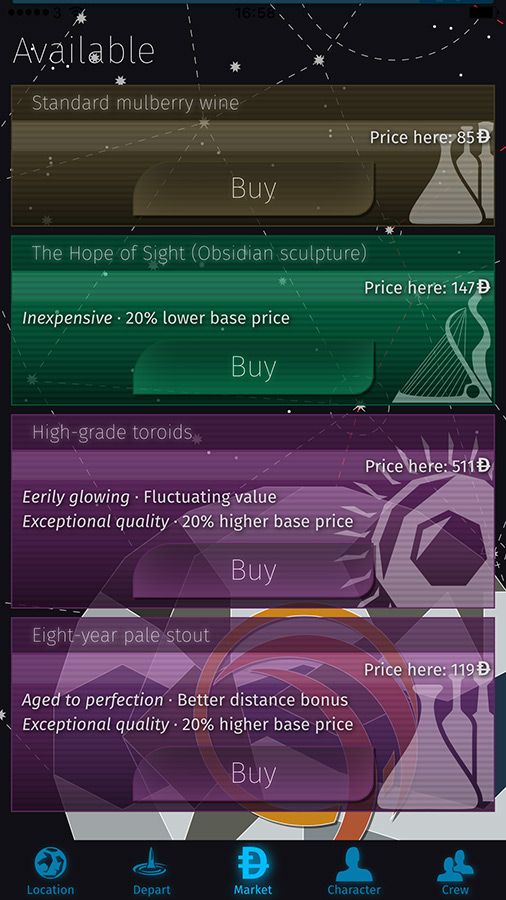 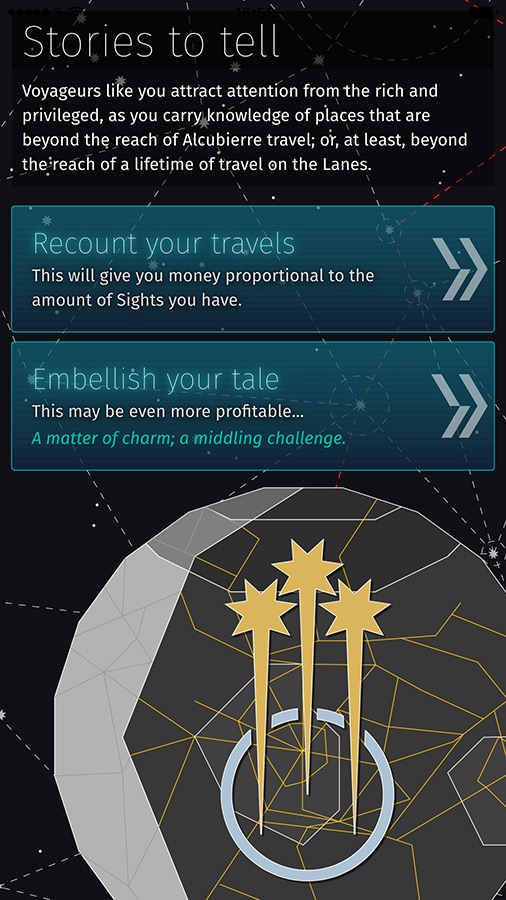 Essentially players will be hoping from planet to planet, and each of those planets will be procedurally generated with their own culture, setting, and stories that you’ll need to interact with. At each planet there may also be artifacts to collect, goods to trade in, and plenty of other people and creatures to deal with. Once you play through the game, you can restart it and it will be completely different in the path you take, as well as the planets you visit. Even if you visit a planet more than once between playthroughs, the planets will be different each time as well.

Voyageur will be landing on Android on February 7th, 2017 and will cost $3.99 when it does arrive.