Released by Pixelbite, space Marshals 2 is the sequel to the original game. To check out our review of the first one, click here. To be quite upfront, both of these games are very well-made. And there are things that have been improved upon with the sequel, while managing to not take a step back anywhere. It’s rare that you see only Improvement in a sequel, without something unintentionally offsetting that.

The story of the game picks up shortly after where the other one leaves off, with a bounty having been placed on the Space Marshals, and their needing to escape from the bounty hunters. They land on a nearby planet, and from there, players will guide them through twenty missions. All the main characters have returned. It retains the same aesthetics as its predecessor, so there’s a nice blend of Old West with far flung, futuristic Sci-Fi; stetsons are at home here, along with cybernetic limbs. Everything is colorful, and clear to look at.

It also retains the same sense of humor, found in the dialog (goofy and forgetful protagonist, snarky AI, etc), so “more of the same” really works for the franchise here. Playing it on my Shield TV, I noticed zero lag or stuttering. so all the visual ran smoothly. The sound track was fitting as well. While not having a lot of variety to it, it conveyed both a bit of tension, with some action in its sound, so it’s not a bad choice on their part. 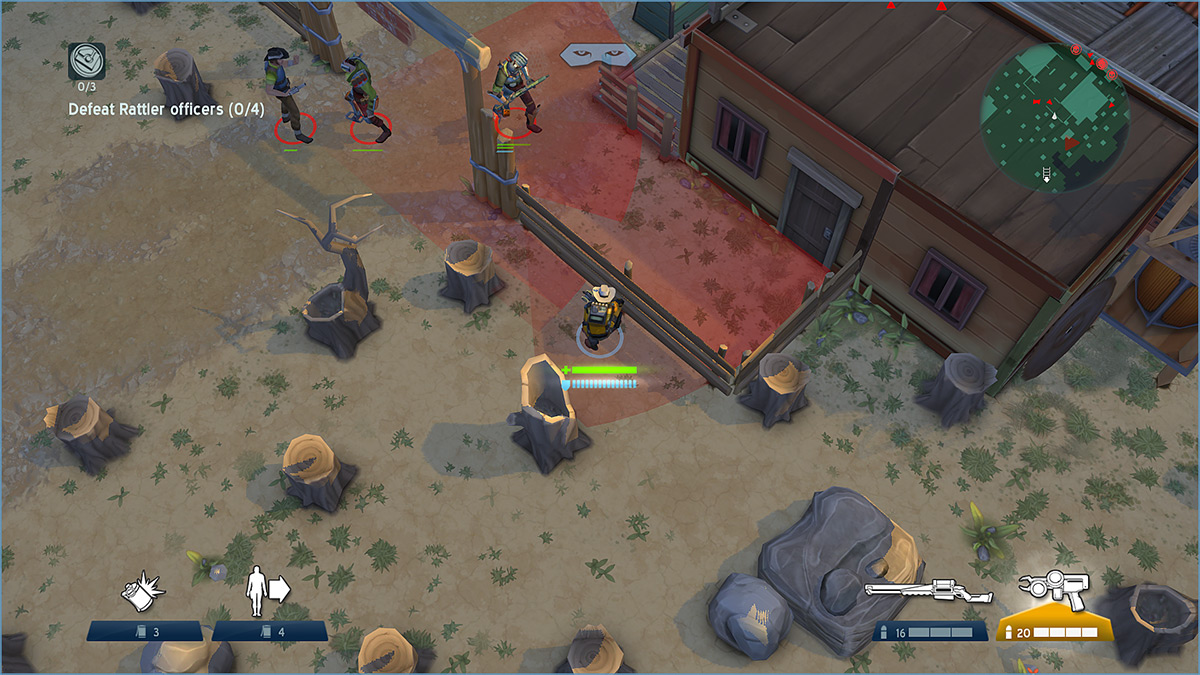 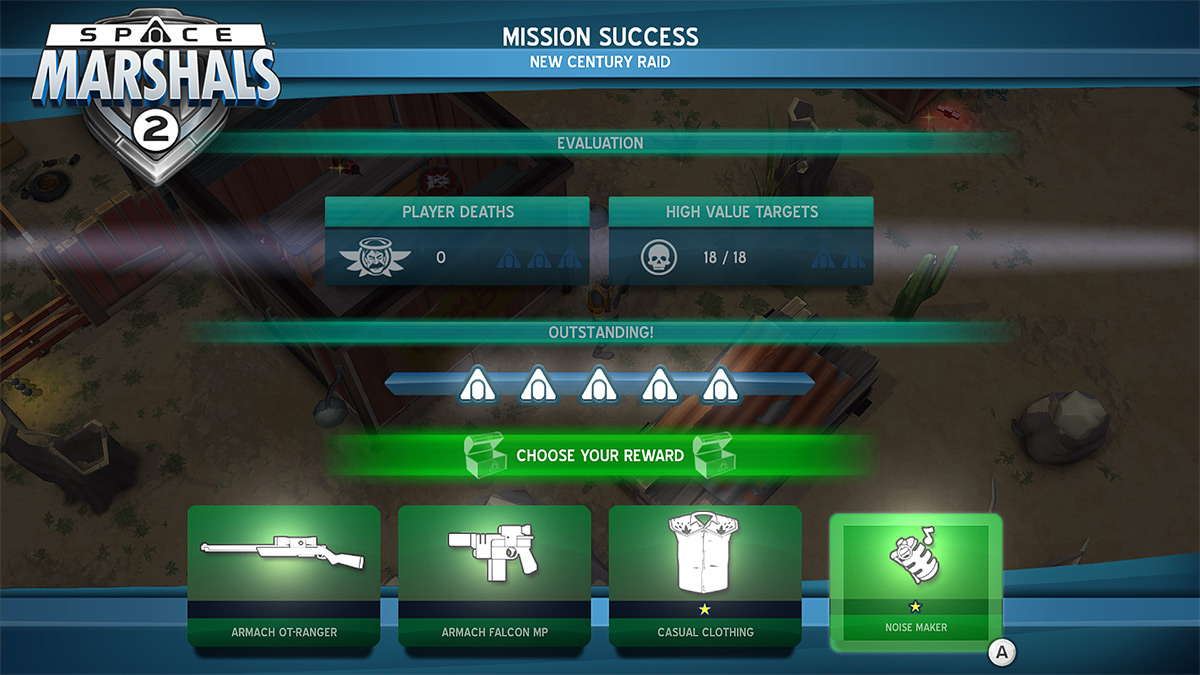 The gameplay seems to work even without a controller, though having one does make for a superior experience, with the game being a dual stick shooter. The touch controls work well though, with players using floating buttons that remap as needed, from moving or operating objects on one side, and attacking on the other; tapping anywhere else on the screen toggles the sneaking mode. Players typically sneak around and pick their spots for combat with hostiles, mindful of drawing unwanted attention. In a format that is reminiscent of the Metal Gear Solid, players can see the cones that represent the area of view for enemies, along with laser sites for weapons, and other cues from enemies for things they might hear (alarms, footsteps, et al). Players can toggle between jogging (offensive mode), and crouching (sneaking mode), with the former being both faster and noisier than the latter. The hero is equipped with a variety of items, accruing more each time a level is completed (though of the choices available, only one can be taken at a time). These include a pistol of sorts, a rifle of sorts, armor (with modifiers for health, front facing shields, noise and speed), and two throw-able objects (typically grenades, or place-able mines).

In addition to these options, players have a new option: the sleeper hold. So, whenever a player sneeds up behind an enemy (or from any direction if said enemy is sleeping), the marshal puts a sleeper hold on the enemy, thus neutralizing them without firing a shot. Adding the sleeper hold was pure genius on their part. It can preserve silence, as some of the weapons are noisy,  or hold only a small amount of ammunition; among the weapons, there was quite the variety in ammo, style, damage, and more. Objectives changed on occasion, sometimes mid-mission, but the format was otherwise the same for every mission: get dropped off, complete objectives, and get picked up.

In another improvement of the game, the prior release unlocked missions as players collected the requisite number of “clues” (white pieces of paper) that were hidden throughout the levels of the game. Failure to find enough forced players to replay completed levels. This time around, that requirement has been removed. Instead of clues, now players can collect coins, that can be redeemed (in groups of seven) for new weapons or other items, beyond the ones awarded at the end of a level. Now allowing levels to be completed successively, while offering rewards for the extra effort, make for a far superior experience. I had to double back for needed clues more than once in the last game, just to be able to unlock the next level.

The last major change installed was regarding when a level has been completed. Players can continue on in that level, to wrap up any unfinished business. Scoring for a level is based on player deaths (subtracting points) and neutralizing high value targets (adding points), always having a maximum total of five, either by combing the two, or just not dying (on some levels). So, if players missed one of the kills or optional coins, they could go back through the level to mop up, before exiting back to camp. Considering players can only claim one of the (at most) four items awarded (depending on performance), this is a very nice addition for those that might only want to pass through a level once.

The only flaw I found was with the cloud saving, as I was unable to get it to work, due to a complete inability to log into Google Play Services. Pixelbyte is attempting to fix it, but I wouldn’t count on that feature until they release a patch. The only real change that I’d recommend at this point, would be to remove the need to play through a level multiple times, in order to get all of the awards that are possible. Were I to design the next one, I’d allow the player to collect ALL items offered on a perfect score for a given level, and work downward from there. So rather than playing a level four times to accrue four items, I would get one or two for completing it, three for completing it well, and all of them if I complete it with a perfect score. This would remove the redundancy of scoring perfect the first time through, yet needing to complete the same level three more times, just to get all available items. Short of that though, and the (hopefully) pending patch, this game is phenomenal.

It took everything that worked well from the first one, and added more smart choices on top of it. So if you like dual stick shooters, Sci-Fi, or just a lighthearted story, this game is well worth your time and money.