Oceanhorn 2: Knights of the Lost Realm Could Find Itself on the Shores of Android Devices

In what looks to be one of the most amazing jumps in the quality of a sequel, Developers Cornfox & Bros.’ Oceanhorn: Knights of the Lost Realm is improving on the original game on every level possible.  It features a new protagonist in a different time period, a new perspective (moving from top-down, to 3rd person), a new engine (the tried and true Unreal Engine 4!), and even new features that will make this action RPG even better than the first. 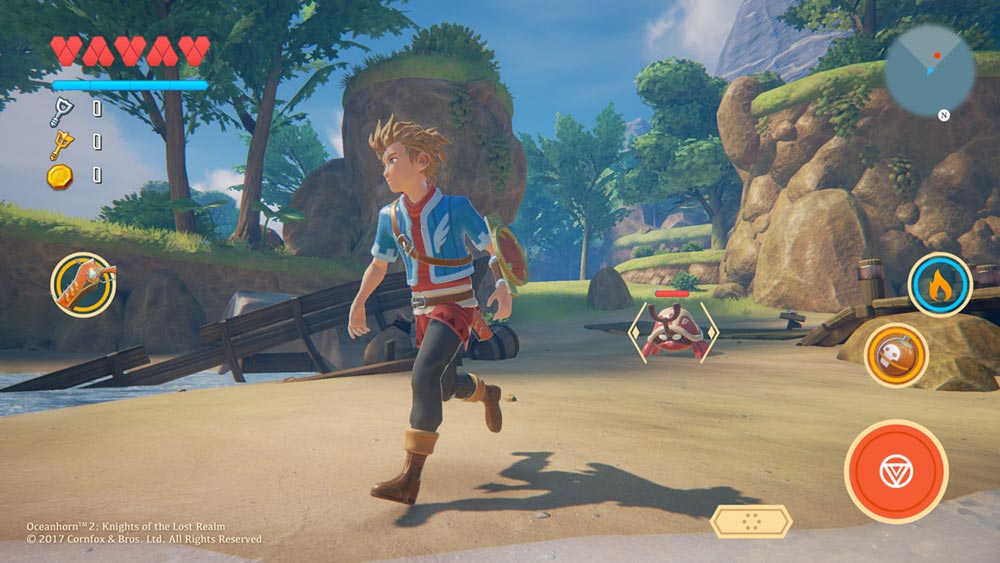 The gameplay will consist of the typical item collecting, battles, and puzzle solving all combined with a fully explore-able map of Arcadia.  The new Caster weapon is a magical tool that only Knights are allowed to carry.  It’s a gun that shoots magical projectiles, as well as other uses such as solving puzzles or luring unaware enemies into sticky situations.  We should actually be on the look out for new and creative uses of the Caster during our play- as it might be more useful than it already appears.

What sounds even more intriguing is an unrevealed element of the game that has been kept a secret so far.  It’s said that this unique gameplay element has been designed for specifically the game since the beginning and will set it apart from all other games in the action RPG genre- and they are now seeing how much of an impact it will have in Oceanhorn 2. 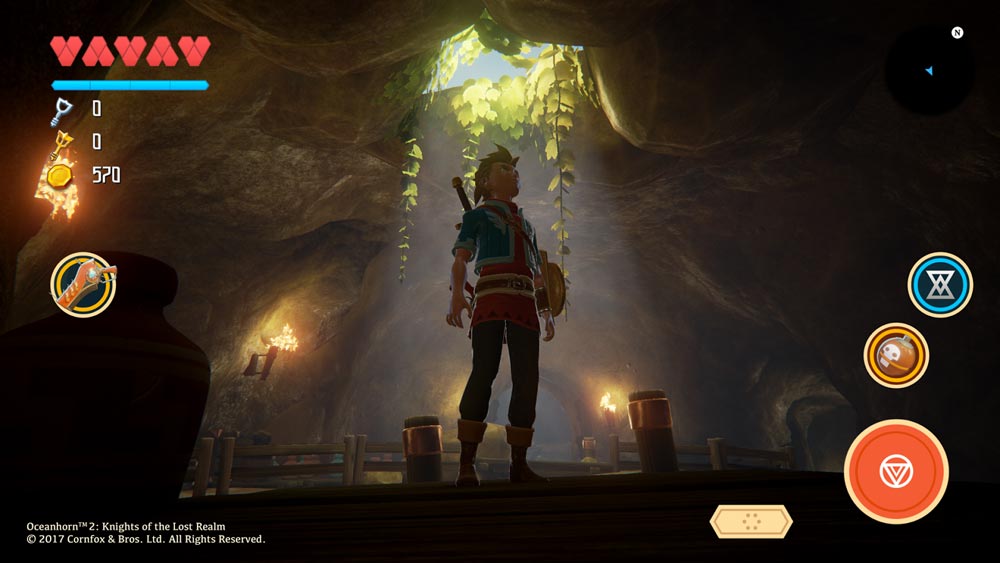 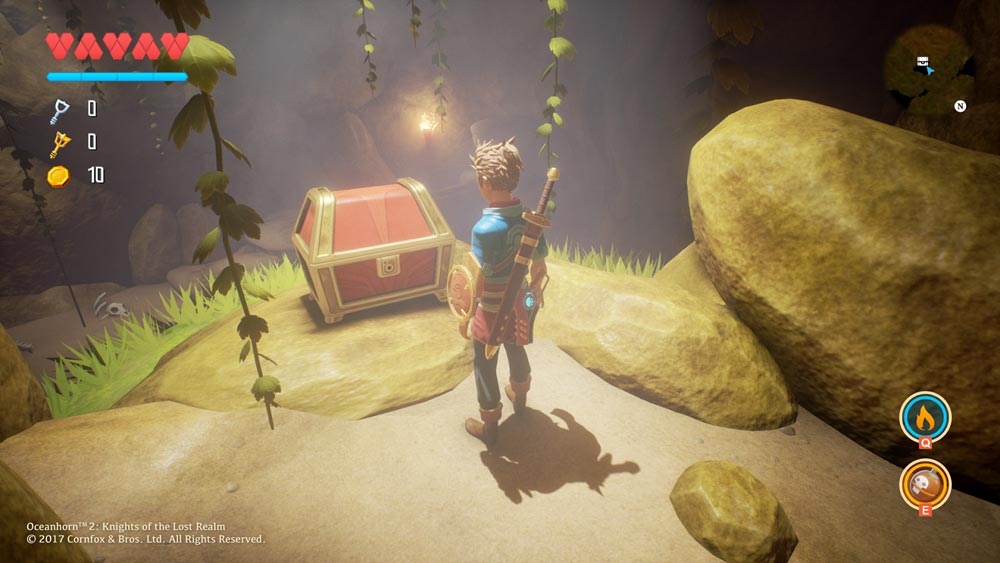 Like many classic JRPGs, Oceanhorn: Knights of the Lost Realm’s huge map will be completely traverse-able and serve as a hub world between towns, dungeons, and levels.  There will be a great variety of area types on top of that.  From forests and fields to mountains and water,

Developers Cornfox & Bros have stated that they won’t confirm all platforms just yet, but they also certainly won’t be excluding any.  Since they’ve moved to the Unreal Engine, porting shouldn’t take as long as the first game did, because they had used a proprietary in-house one.  We’re crossing our fingers that the potential port to Android won’t take half as long as the 3 years it did for Oceanhorn: Monster of Uncharted Seas to arrive. 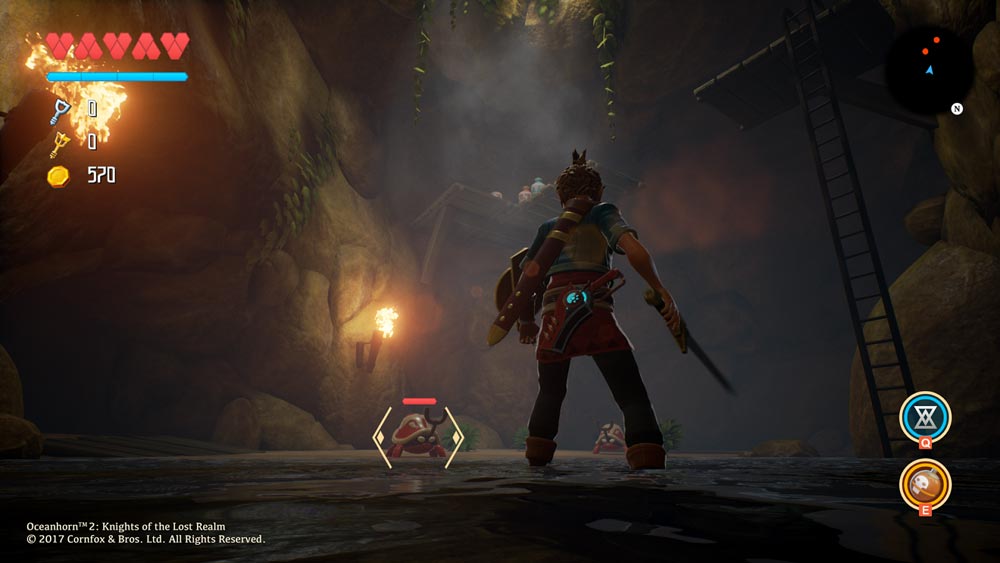 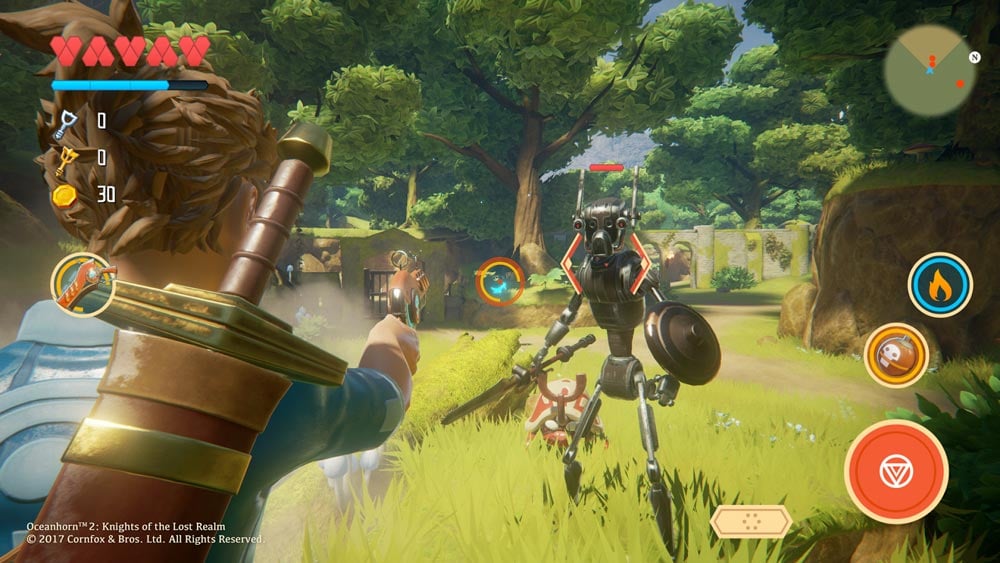 Cornfox says that although progress is happening very quickly now with content, cutscenes, and quests are all coming along well each week, but they’ve still got a long way to go before the game is finished- and we’ll keep readers posted as more news comes in.