Artifex Mundi isn’t necessarily known for action games. However, they have delivered a solid and enjoyable action game in Bladebound. If you like playing RPG’s, or hearken back to the days of games like Diablo on PC, then this is an excellent title to check out. The story is intriguing, the artwork is top notch, and the game plays well on either a tablet or your phone. It has taken a while for this one to come out, but it is well worth the wait.

I came across video game play of this game early last year. When I spoke with the developers about it, they said it wouldn’t launch until it was ready, there was a lot left to do. Of course when you hear this, you never know at that point, what will become of the game. Fortunately for all of you that enjoy RPG style games, Artifex Mundi continued to work on the game until it was ready. After playing through quite a few levels, I can say that it is extremely polished, and a bit unusual in some ways. 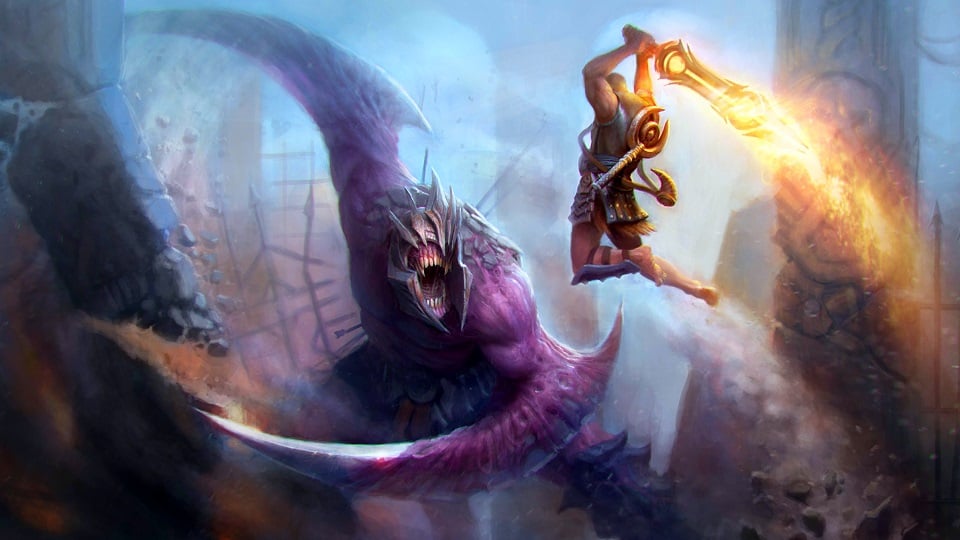 Bladebound is a solid RPG. Be warned all of you d-pad lovers out there. The game mechanic that is used, is tap to move your character. I know some people do not enjoy this mechanic as much, and prefer an on screen d-pad. I have to say I am one of those people too. However, with Bladebound, tap to move works well, and I don’t miss the d-pad on this one. Sometimes with all the action on screen, it may be a bit more difficult to evade your enemies, but the other game play elements, such as how you fight your enemies, makes up for it. It is all gesture based. Drawing an arc attacks enemies one way, while drawing a circle brings up another type of attack/skill. Double tapping on an enemy brings up a power-punch of sorts. Throw on top of that an element circle that provides a hierarchy of power/attacks, and you have a game that is fun, challenging and provides quite a bit of strategic planning to get through some of the levels. 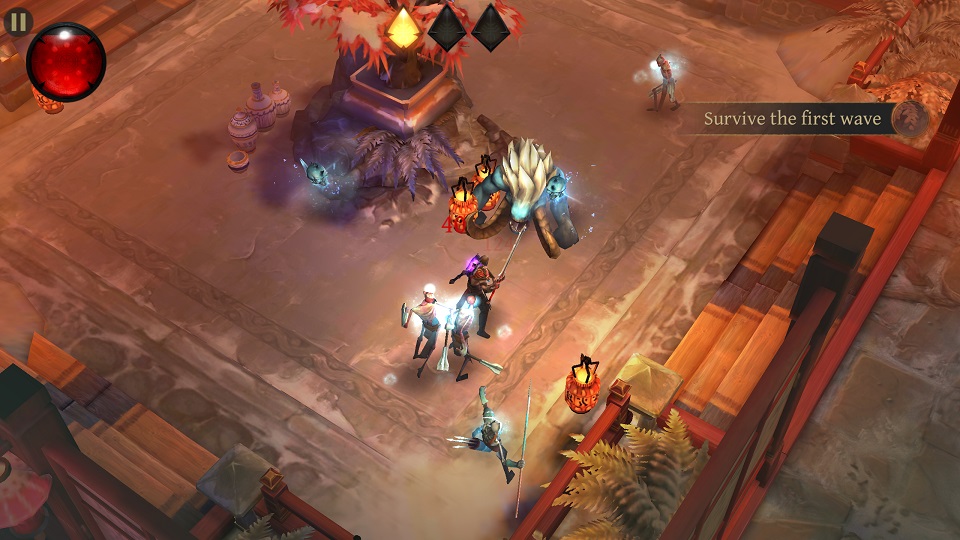 “Bladebound is a dynamic hack and slash which draws from the best representatives of the genre. Take on the role of the last guardian of the Bladebound Order, who returns after 1,000 years to rout the Betrayer’s army and save the Shattered Lands.” – Artifex Mundi

The narrative in Bladebound unfolds slowly. As you sojourn through the different levels, you come to realize that it is you that will save the Shattered Lands. You are guided by a Sentinel that that explains the world around you. As you level up your character, the Sentinel joins you in battle. If you are a player that enjoys acquiring loot, there is plenty to obtain in this game. Your player has quite a bit to keep in his inventory. Once you equip your character, you can then level up your weapons and gear, through fusion and evolution. There is nothing quite like finding a weapon, stone or orb, that can greatly boost your stats. Based on how many enemies pop up on screen at one time, and some of the bosses you will encounter, you will need all the help you can get to make it through.

Bladebound has a lot going for it. There is a lot to delve into with this game. Since there are multiple ways to equip your character, there are multiple ways to attack the enemies. If you are looking for a game with good graphics and action, this one has it.  There are also plenty of goals, challenges and achievements to secure during gameplay. There are timed events that you can take part in to secure even better loot. Of course, the challenge level on some of the events is set pretty high. Don’t expect to just waltz right in and grab the gold. You are going to have to work for it. 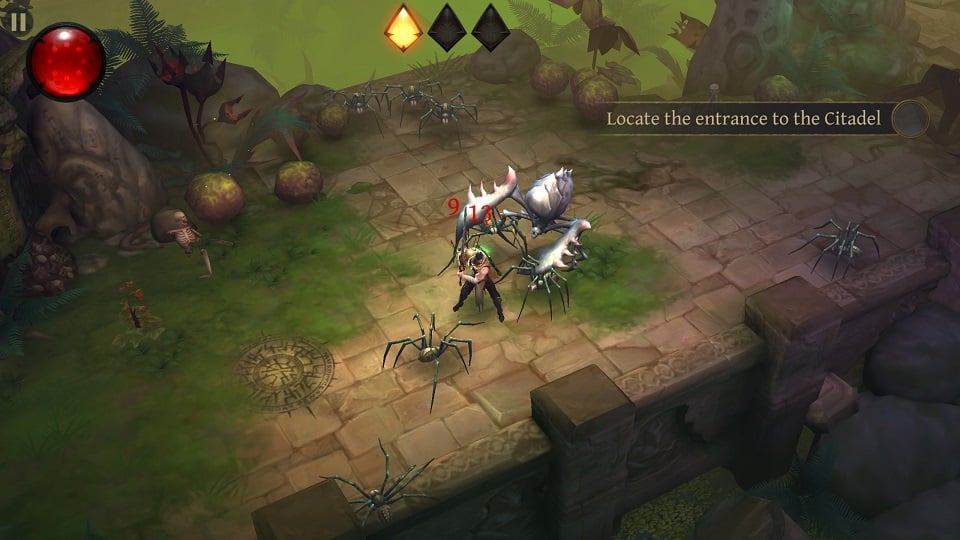 Bladebound is free to play. As with most games these days, you have gems, coins and energy. Energy is a precious resource, because as you get farther in the game, some of the events take quite a bit of energy to play. Fortunately there are two different types, and you get free energy each day. Also, when you successfully complete levels or goals, during regular gameplay, you are handsomely rewarded.

Artifex Mundi has created a polished and enjoyable hack and slash RPG. If you don’t mind the tap to move and gesture based gameplay, I think you will more than likely enjoy it too. It has been a while since I have enjoyed a good RPG on my device. I don’t have as much time to game as I would like, but having the opportunity to get in some quick gameplay on Bladebound has been fun. If you haven’t played it yet, give it a shot. Let us know what you think once you have downloaded it.