Use numbers to fill in empty spaces in Fill Grid, now available from Google Play

Fill Grid is a simple puzzler that that has recently made its release on to the Android platform. In this game, players are simply given a grid that requires filling, beginning at a 5 x 5 size and eventually working its way up to 10 x 10. Each grid will be partially populated with numbers, from which players can extend one or more straight lines, to fill the number of squares requisite with that number.

For example, a “1” can only extend a single line into one adjacent square, while a “2” can either extend a single line into two consecutive spaces, or one space in each of two different directions, and so on. The challenge is found in how the numbered circles are laid out, and how to most efficiently extend their lines; players are restricted from drawing lines over other lines, or other numbered circles. 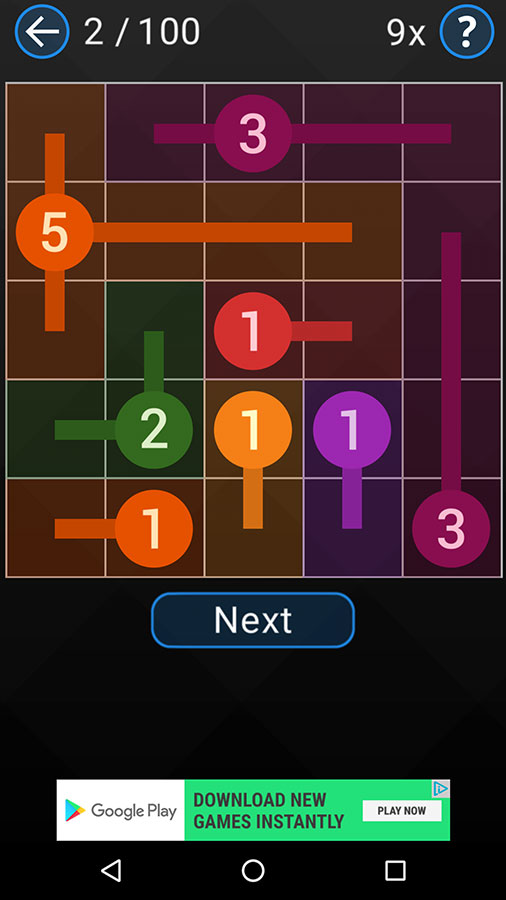 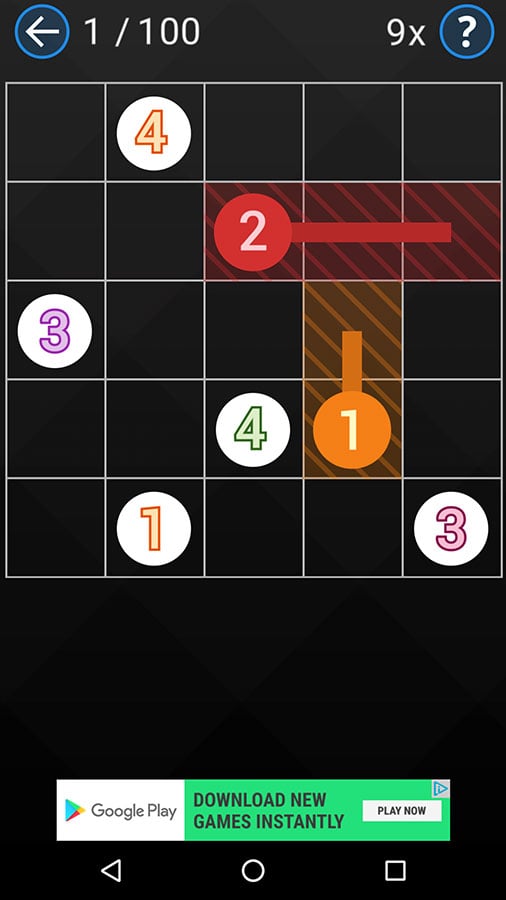 Should a player have second thoughts, the lines can be redrawn as needed; the game also lacks any kind of timer. In the scenario that the player is completely stumped, a hint system is available where tapping on it enables a couple of the proper moves to become illuminated, with a new hint is automatically given to players ever four hours.

Level packs are 100 puzzles to a set (tutorial not withstanding), with six sets in total. The game also includes both leaderboards, as well as Google Play achievements that are available to players.