Players will drag and drop the various ingredients onto a tortilla shell, then give the (correctly) completed order to a customer, who in turn leaves a tip. There’s a manual that resides on the screen, in case the ingredients for a particular taco is forgotten. Players can that use their earnings to gas up the truck, or purchase additional ingredients. Once completed, players will then drive the truck along a freeway with a post-apocalyptic feel, shooting either at road signs, to make use of the materials in order to upgrade or fix their truck, while shooting at anything living that’s in or along the road (mutant or otherwise), to then in turn be used as additional ingredients for the tacos. 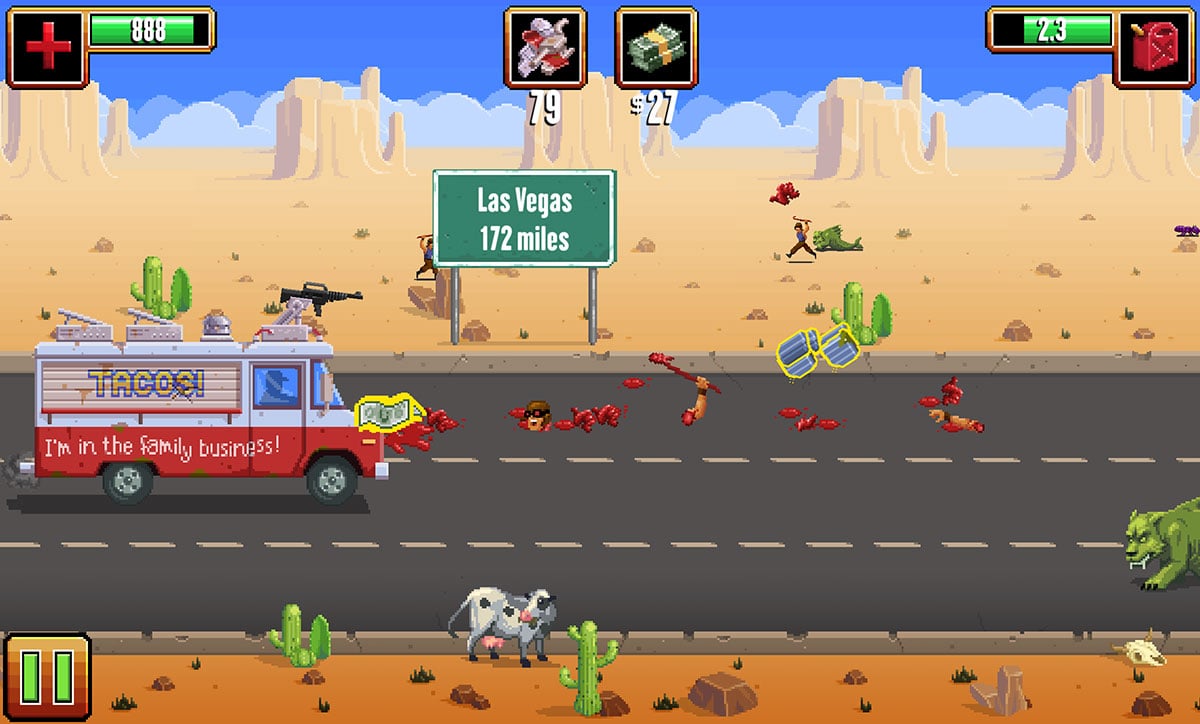 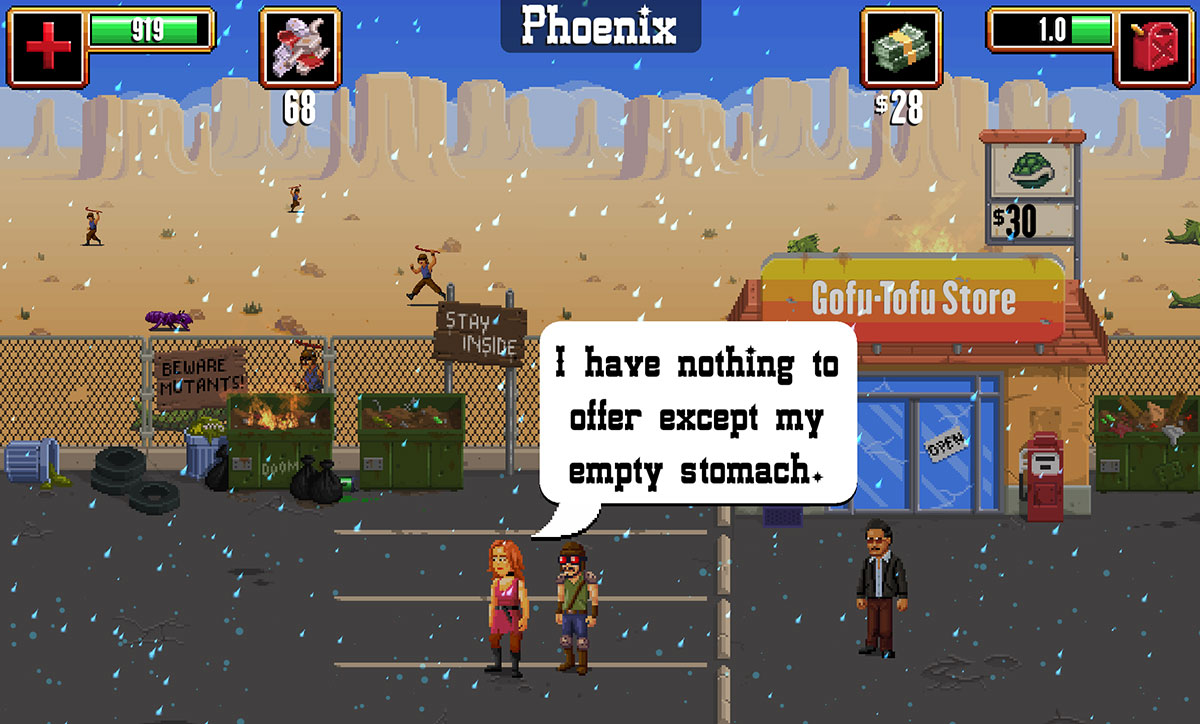 The idea is simple, and quirky in an appealing way. The game utilizes a bit of the retro, faux pixelated look, and something akin to mariachi music, when prepping the food for customers. Players will need to carefully manage their stock of ingredients, as customers will need to be refused if their orders can’t be completed; which in turn reduces the amount of income available. Once they’re refused, they leave the area, so players also lose the potential to serve repeat customers within the same area.

Gunman Taco Truck is already available from Google Play. The game can be played for free, but it does contain optional IAPs.