Call it roguelite — Ludosity’s latest title can also be described as an easily accessible, pixelated roguelike game, specially designed for quick sessions. Randomhack streamlines many aspects of the genre in an attempt to deliver a better on-the-go experience.

Stylized as randomhack, the game boasts a simple touchscreen-optimized interface. You can quit at any point and the game will save your current progress, allowing you to pick up where you last left off. Death doesn’t adversely affect your main progress—the scrolls you find in-game, which tell the game’s story, are permanently unlocked so you don’t have to replay the story from the beginning. Randomhack features both an Easy and Normal mode; the former allows full visibility of the levels, while the latter employs traditional fog of war and line-of-sight game elements. To aid players with smaller screens or vision problems, game text and zoom levels are configurable. 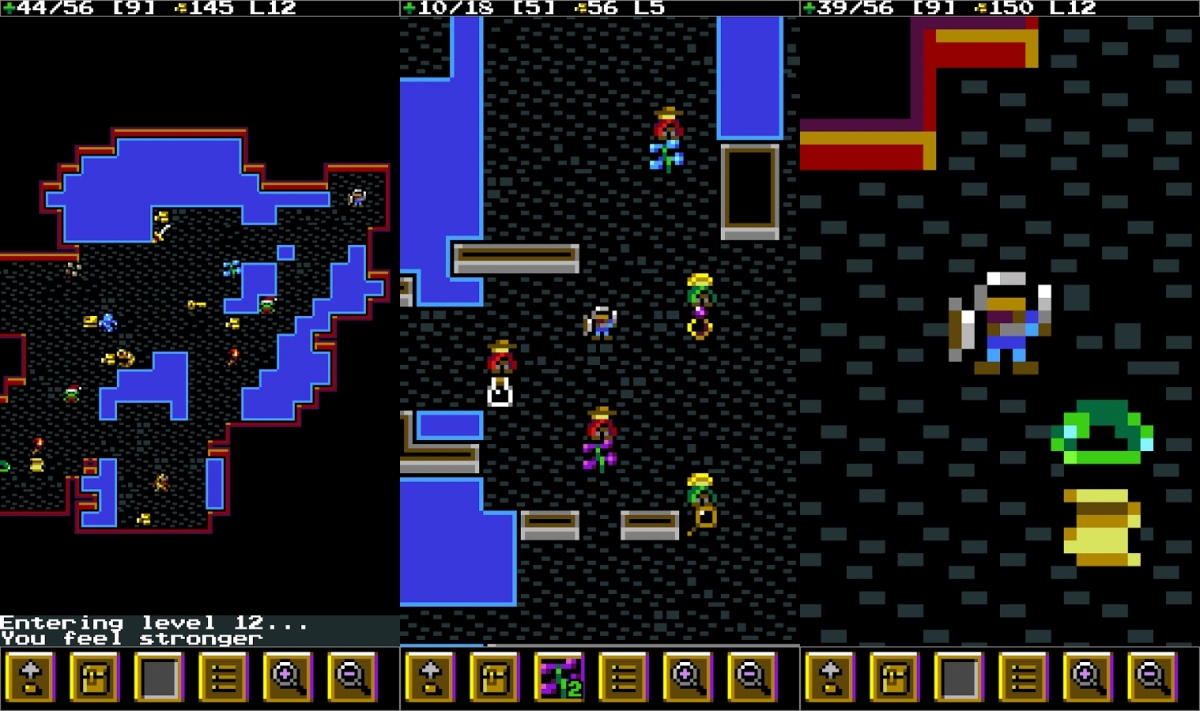 Ludosity states the game’s content upfront: “10 weapons, 20 items, 30 enemies, 50 floors, and a Boss.” The game is available for 99 cents, and has no in-app purchases.