Match tiles in order to defeat enemies in Tiles and Tales Puzzle-RPG, now out on Google Play

Released by Trilith – EGG, Tiles and Tales is a new entry into the growing catalog of hybrid puzzle/RPG games. In this game, players will be tasked with freeing the kingdom of Zanira from an invading army of Norbolds. This will be accomplished by sliding colored tiles around a board that is broken up into a five by five grid, with the color denoting what that tile can accomplish.

For example, red tiles can attack while blue ones represent a warp crystal of sorts, and are needed for exiting a level, or green having curative effects. Tiles will always move as far as they can in a single direction, with like tiles moving in tandem whenever possible, and combining into a single tile of a higher value when they come into contact with others like them. With those rules in mind, the gameplay is quite simple. Across the top, players will see their character running until an enemy is encountered. Players will combine as many attack tiles as possible, within a fixed number of moves, to generate as high a number as possible, with that number being the damage dealt by the player for that round. Enemies will return fire on their turn, dealing damage to the player’s character, equal to the enemy’s max HP. 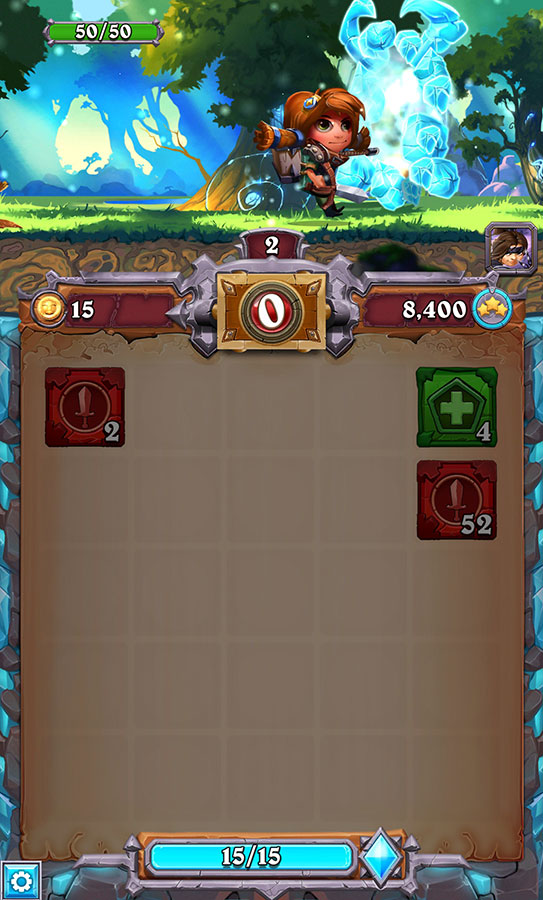 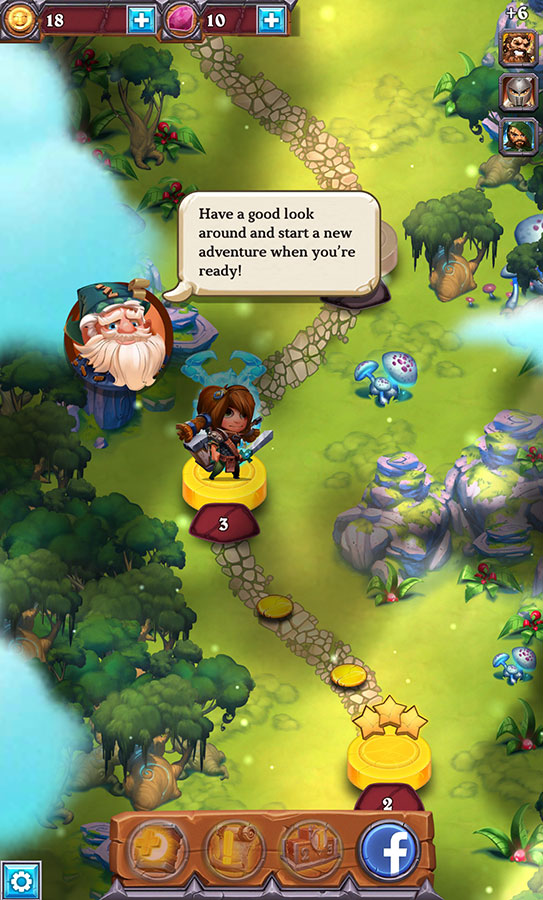 There’s a path on an overworld map of sorts, that charts the progress of players, as they work their way through the game. There are four characters available to players as well: Lilly the squire, Gareth the prince, Rumford the knight, or Igua the rogue; each of these heroes has a set of attacks that are unique.

Tiles and Tales is currently available from Google Play. The game contains both optional IAPs (for consumables, such as gems, which are far more valuable than the gold you accrue through playing), and advertisements as well. Feel free to hit up the link below, to install the game.