Ray Spark’s indie game Slaughter is a 3rd person shooter for Android devices in which you play a mercenary named Russell attempting to escape from captivity in an abandoned town of madmen.

The single player campaign offers a threadbare story, taking the player character Russell through a bunch of levels ranging from alleys between some houses, to a logging house, and even a gas station.  There’s no discernible reason you’ve been imprisoned making it seem a bit generic, but there are still some shining moments for individual characters throughout.  Notably, the bosses Russell encounters all have small intro videos and it gives us insight into their personalities and each one of them are strangely memorable.  Despite the bosses only being around for the scene of the battle, those moments really stuck with me long after I finished the main game and that is something very important that many larger budget games tend to lack.  The only game I can think of that has that same sort of effect is the Borderlands games- the boss intros are all unique and entertaining. 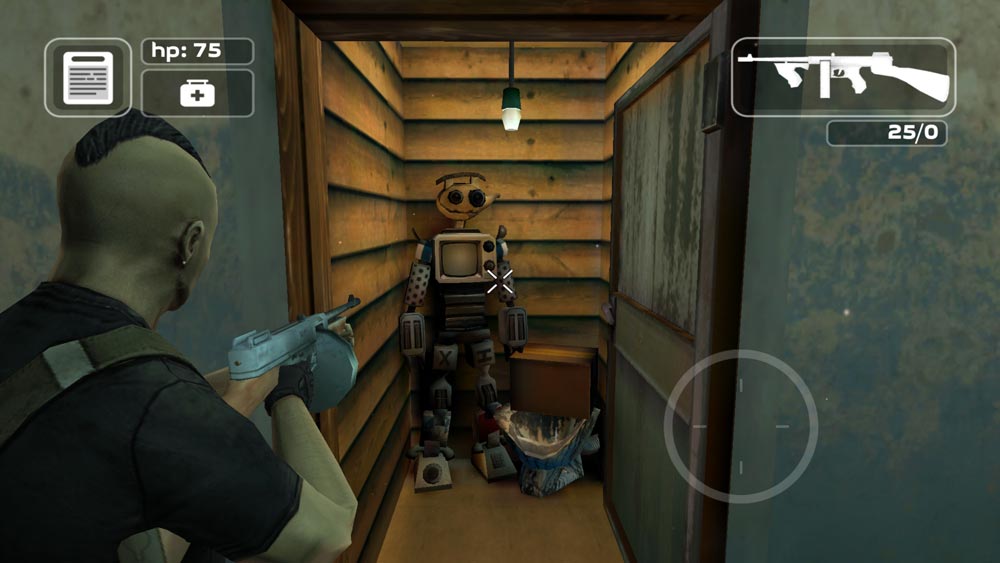 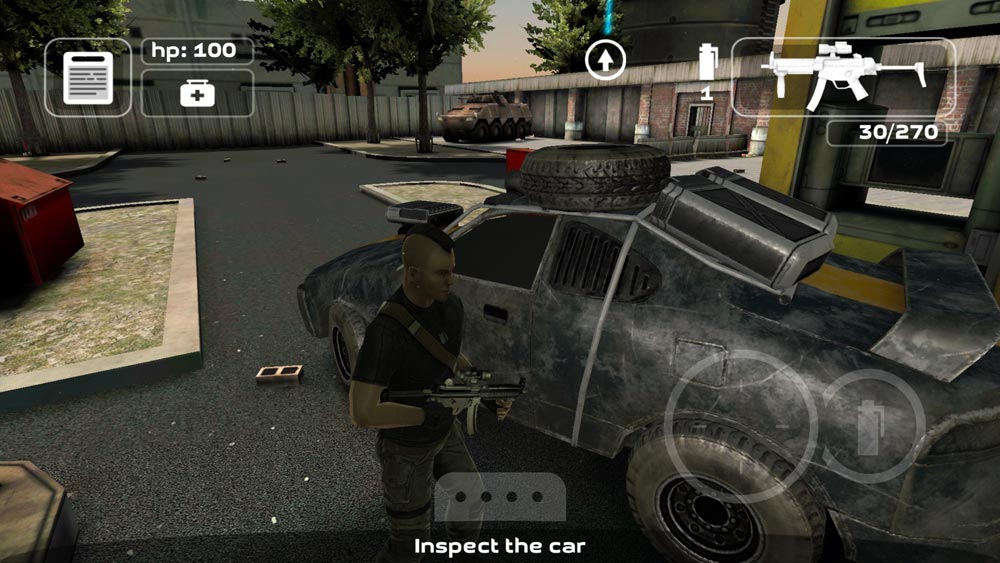 The gameplay itself consists of running around through the levels and mowing through hordes of enemies with bullets.  You’ll be solving small puzzles, like finding a battery to activate a bridge or finding an object to give to someone, and shooting everyone on your path to freedom.  Health packs and ammo are plentiful enough to leave you a small safety net, but not enough to allow for an effortless run.

Each of the guns feel distinct allowing for players to kind of lean towards their own play style.  Enjoy shotgunning someone with a giant blast to the face?  You can do it.  A nice SMG to pepper enemies from mid-range is another option, as are pistols, and even longer range rifles with scopes.  There’s plenty of options when it comes to slaying the mobs of crazy people you’ll need to deal with.  You also pick weapons up in combat, because occasionally shotguns run out of ammo swiftly, but you’ll also have a backup secondary weapon.

The controls are very simple, but also very effective.  The left side of the screen controls the movement, and the right controls the camera, while the weapon aim is a specific area on the right side with firing happening automatically when a target is in the crosshairs.  My only complaints about the controls are that the melee could use a bit more animation outside of a singular slash motion, and when enemies are right in your face bullets seem to go through them without hitting.

Adding some extra content to the game’s replayability is the arena survival mode, where you fight off wave after wave of enemies trying to stay alive as long as you can.  Through each wave you are earning money to buy new guns, recruit helping soldiers, or even a portable sentry turret to deploy to obliterate all nearby enemies.   After each wave you can also level up helping you unlocking access better weapons and the ability to earn money more quickly, and subsequently aiding in reaching the harder rounds.

Ray Spark’s (aka Venomized Art) Slaughter is a genuine treat for anyone that likes short and sweet 3rd person shooter games.  It’s got decent controls, lots of action, plenty of subtle humor, and is an overall fun as hell indie title.