Advance human civilization by sliding and merging tiles in The Human Age, now in beta on Google Play

To be released by Noodlecake, The human Age is an upcoming match three/building hybrid game. Players wil be using a board that begins in a three by three grid to move tiles around, that are symbolic of different periods of human history. Once three of them have been brought into contact (not necessarily in a row, mind you), they will merge into a single tile that represents the next phase.

So, players will begin with a few cavemen tiles on the board, and will slide them around (always moving as far as they can go in a single direction) until three of them come together as a single, Cleopatra tile, while new caveman continue to populate the board. Players can then merge three Cleopatras to create Hellana, followed by a viking, a baron, and more, with each successive advancement tile netting more points/gold. As players collect more, they can in turn spend them on different monuments of human history, which in turn generate resources, and so on. 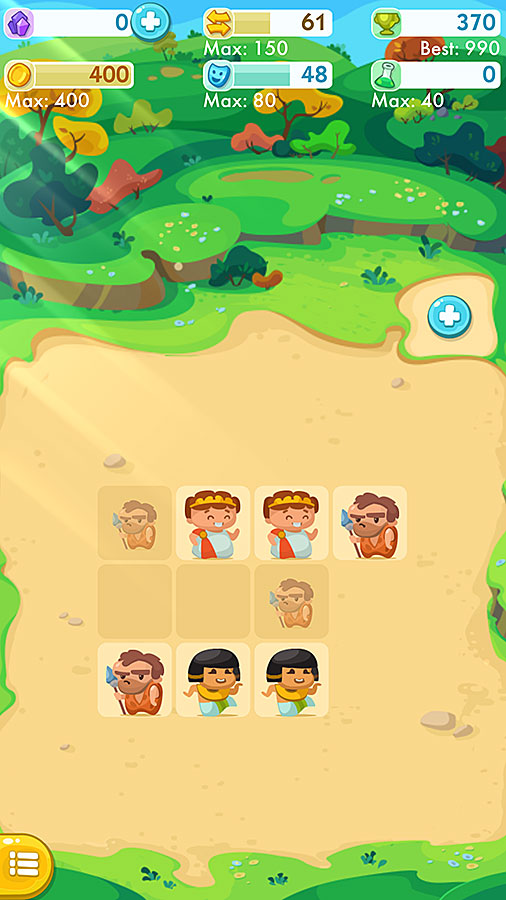 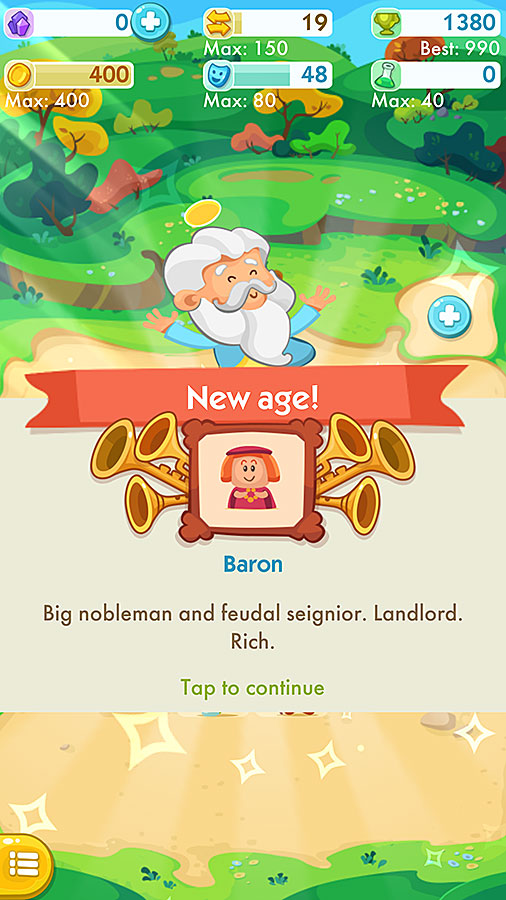 Adding buildings also puts additional tiles onto the grid showing players more room, and thus the opportunity to achieve more advanced tiles. Players can use their resources to purchase tiles of any kind unlocked so far, to help consolidate tiles and clear the board. There’s also a UFO tile that players can use to remove a single tile from the board as well.

The Human Age is currently available in beta, from Google Play. The game can be downloaded for free, but does contain both ads and IAPs; the former are used to purchase one of the games currencies, while the latter seems to be optional and used as a way to “purchase” the UFO tile, mentioned before.