Evolve cards and play them against your opponent in Triad Battle 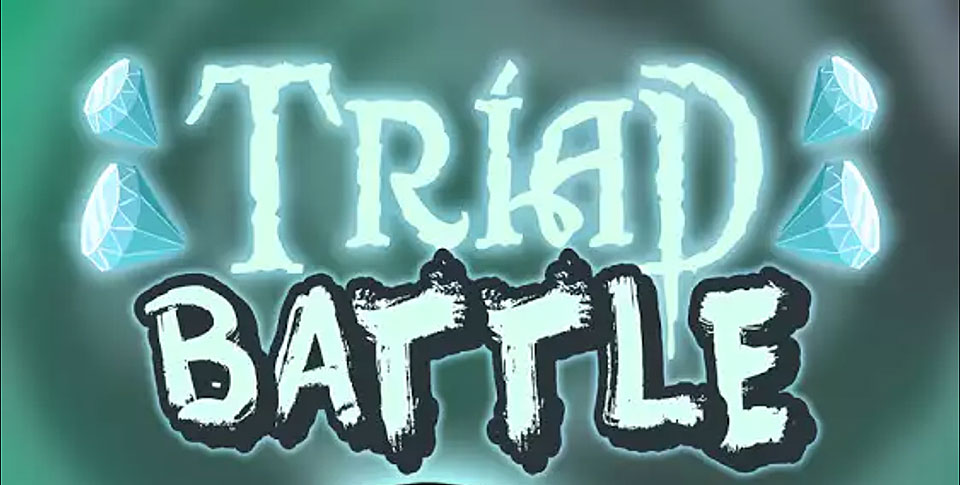 Released by SharkLab Mobile, Triad Battle is a new card game that’s been released on to Android. In Triad Battle players will face off over a board that’s a 3 x 3 grid, and attempt to gain control of the board. This is decided when one of two events occur.

First, if one of the players runs out of cards. Alternatively, the game will end once the board is empty of available spaces, always pulling from a pool/hand of 3 cards, at the bottom of the screen. At either of these points, victory is determined by which player controls more of the cards in play, determined by their color. Controlling cards is determined by what card a player chooses to place on the board, relative to the others that surround it. Each card has a number on all four sides (though they aren’t always the same number), which determine its strength against a card will be adjacent on that side. Also, each card has a health indicator in the shape of a heart, either red with a numeric indicator of how many times a card can be flipped before disappearing, or gray (and without a number) to indicate a form of immortality, where the card remains in play indefinitely. 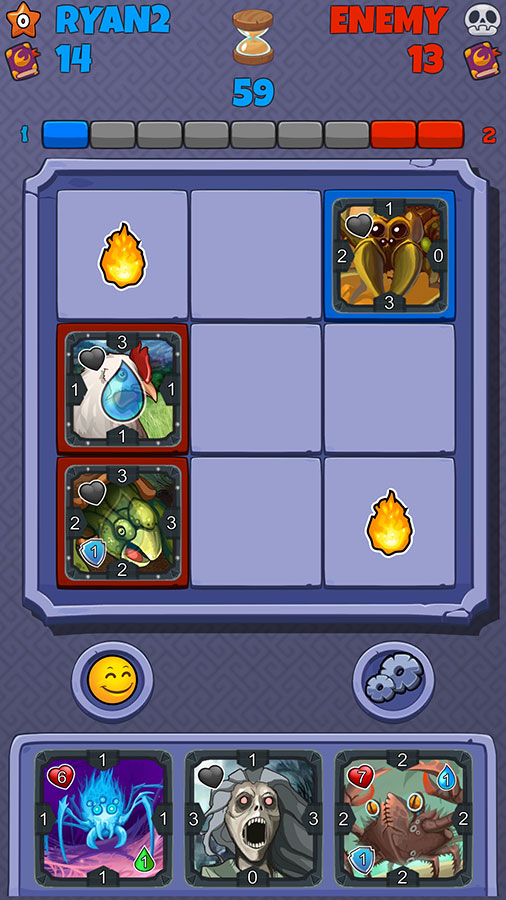 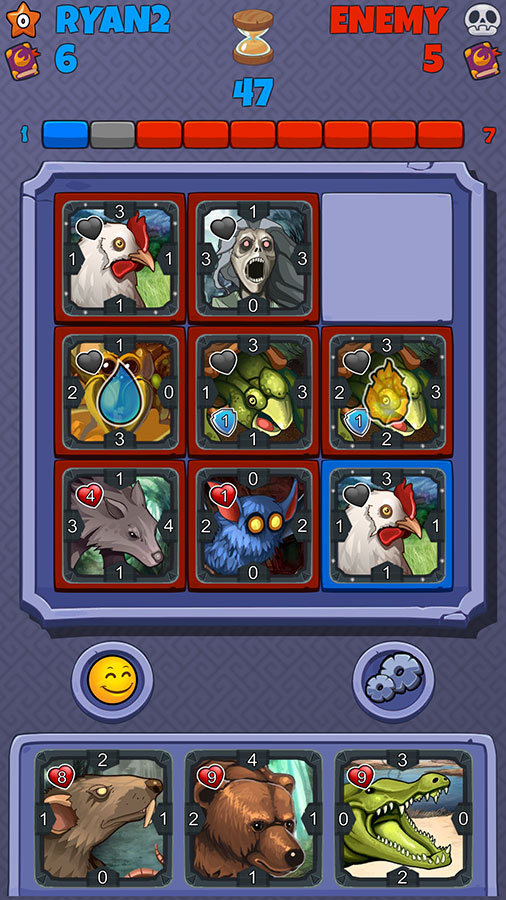 In addition to these numbers, some cards come with inherent modifiers, such as a shield to boost defense, or a sword to ignore shields, or the ability to increase or decrease stats ever turn. The game board also contains particular tiles that will add values to the card placed on it, or the converse. Lastly, cards will also have levels of rarity and evolution. As these cards are placed are placed on the board, the adjacent numbers are compared, with the color around the border of the cards changing, based on which numbers are higher. As players win games, they are awarded gold coins or a newer card, and the former can then be invested in things like evolving the cards available. This is usually accomplished by combining multiple copies of the same card into a single card of higher value, in addition to paying the gold cost.

– Revolutionary gameplay with very simple rules but with endless tactics possibilities.
– Challenge other players from around the world in exciting duels.
– Collect more than 180 basic creatures divided into common, rare and epic.
– Sacrifice your cards to gain resources or evolve them for a total of over 500 unique creatures.
– Daily prizes and dozens of goals to unlock.
– Improve your deck to reach the top.
– A game constantly updating with new features and new cards to collect.
– Easy and immediate interface.

In between matches, players can tweak their decks with available cards, maintaining a deck of 15. There are a total of 140 cards in the game to be collected, as well as a PvP mode. Triad Battle is available for free from Google Play. The game does contain both optional IAPs, as well as ads. You can check out the game’s trailer below to see some of the gameplay.