Released by RedForce Games, Drone Racer: Canyons is a new, drone racing game for Android. In this game, players will be in control of a drone, tasked with completing runs through craggy canyons. Players will have two options for controlling their drones, either by the gyroscope on the handset, or using a virtual D-Pad, along with a few other options for successful navigation.

The drones fly at a set speed, but players can trigger a button that slows them down, allowing them to avoid collisions with things like rock formations, birds, other planes, and so on. Other hazards tend to be nature oriented, such as rock formations, fog that reduces visibility, and cross winds that can blow the drones off course, if not accounted for properly. There are three modes of play available, within the game. There are over three dozen levels found within Career Mode, where players must cross thresholds before time expires, until the level ends and regardless of how many times the drone crashes. Endless, on the other hand, has no time limit, and will continue in perpetuity until players crash once. 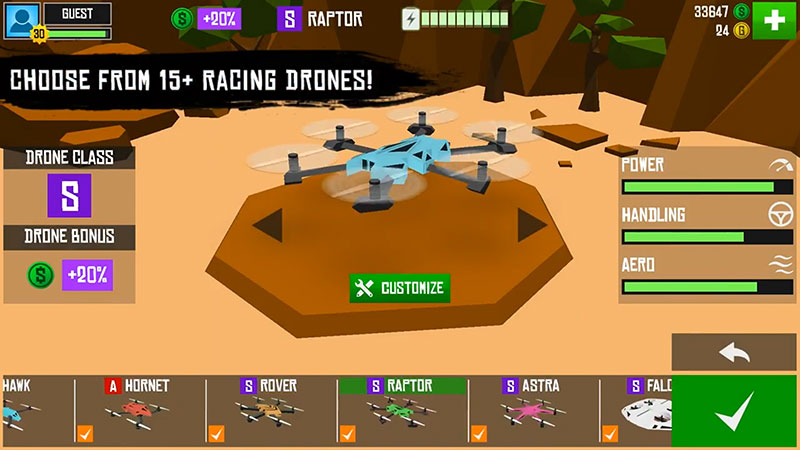 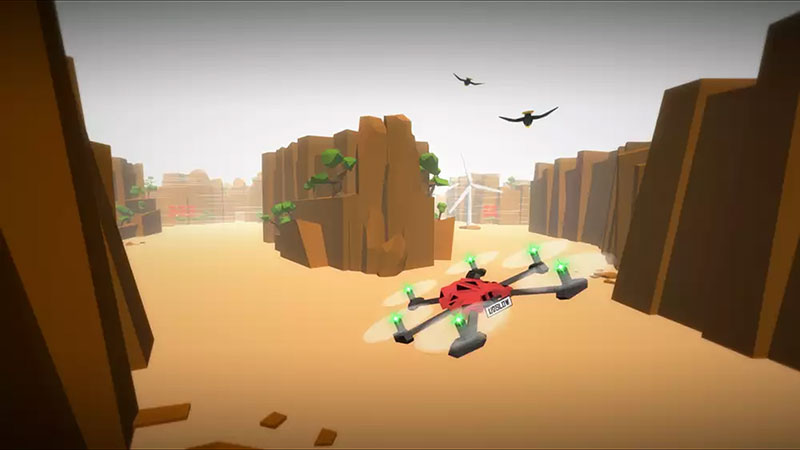 In both scenarios, virtual cash is awarded, which can then be used to customize the drones. Options here range from a different style body, to the exact color desired, to better stats in three departments: Power, Handling, and Aero. Lastly, players can also race against a live opponent, with the matching done over the internet.

Drone Racer: Canyons is available for free from Google Play. The game includes both video ads for bonus currency, as well as the ability to pay for virtual currency via IAPs. Interested players can watch the trailer below, to see more of the game in action.