Players will begin their journey to war by creating their band of heroes, by selecting six heroes from a pool of available classes. These range from Necromancer, to “Werebear”, Demon Knight, Corsair, and more. Combat is turn based, with a variety of factors that players will need to account for, in the hopes of achieving victory. These factors include both the morale as well as the terrain. The latter includes objects such as trees, stones, and the like, and will require circumvention, as well as items that can be picked up, all of which are arrayed on the hexagonal board. 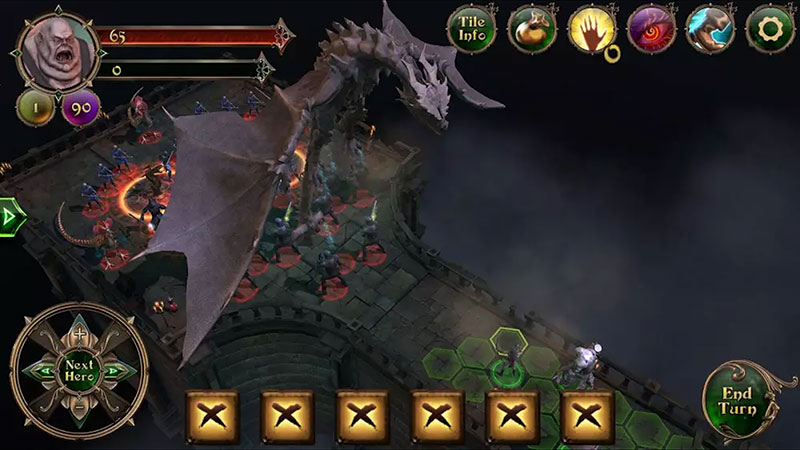 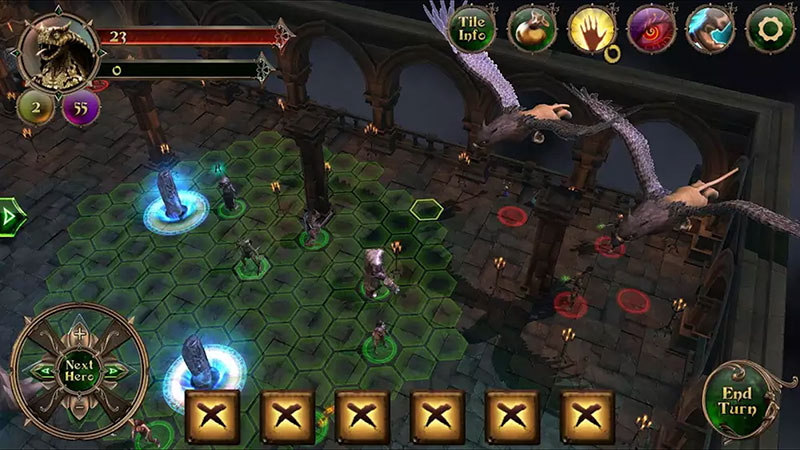 • Tactical Choices: Use terrain effects, cover and line of sight to gain an edge over your enemies. Employ spells to hinder powerful enemies, area effect damage to clear the field of lesser foes and buffs to strengthen your allies.
• Build Your Party: Choose from 15 diverse character classes to build your war band. Your warriors will improve with every victory, becoming stronger and unlocking new powers and skills. Acts of courage and savagery on the battlefield will bring favor from your gods, which can mean the difference between glory and defeat.
• Collect Gear: Equip your warriors with powerful weapons, arcane objects, runic armor and legendary artifacts. There are thousands of items to find and collect, each with their own stat effects and background lore.
• Campaign: Fight through a lengthy campaign and numerous side quests that span more than 80 hours of play time. No level caps and the ability to replay levels at a harder difficulty add to the longevity.
• Engaging Lore: Immerse yourself in the history of Tarren, the world of Demon’s Rise. A land of broken empires and shattered kingdoms where armies of humans, demons and other races fight for bitter survival.

Ranged attacks are available (firearms, summons, etc), along side melee attacks (war hammers, swords, et al). Players will be able to end their turn once they have exhausted all of their moves, if not sooner. Players will have some two dozen save slots available to them. Players will also be able to upgrade their squad, as they succeed in battle and level up; for whatever its worth, there’s no level cap.

Demon’s Rise 2 RPG is currently available from Google Play. The first three levels are free, after which players will need to pony up through a single IAP of $7.99 to enjoy the remainder of the sixty within the game. The game is also without ads of any kind. Curious players can hit up the trailer below, to see how the game looks. As an aside, I had trouble getting the game to run on my phone (Nexus 6, stock 7.0). I’m unsure as to what the reason was, so I’ve let the developers know. Hopefully you guys won’t have the same problem, and the dev(s) can address it swiftly.