Start an uprising against the king in Doodle Wars, now available from Google Play 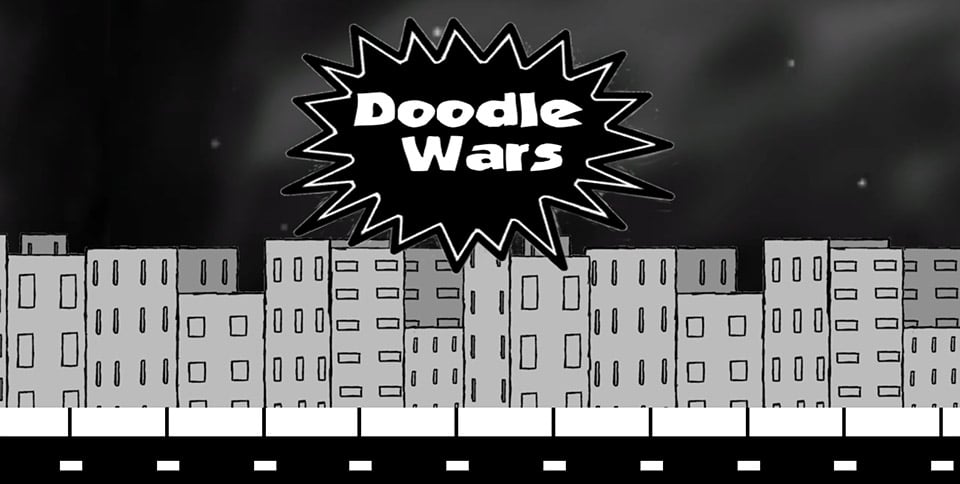 Released by All Nighter Games, Doodle Wars is a new side scrolling shooter for Android. In this game, players will assume a Doodle, with some customiztion options availble (gender, hat, etc), in the hopes of ending the reign of King Smudgie; beyond this though, there isn’t much for a story. Players will guide their Doodle left or right, and try to kill off all enemies that are encountered.

Players will need to keep an eye on both their health, as well as their ammo, though there’s an opportunity between rounds to purchase more of either or both. As players kill off enemies, they will receive the gold required for such purchases, as well as upgrades to the weapons used by the Doodle. The graphics of the game appear almost hand drawn, and are almost exclusively monochromatic. 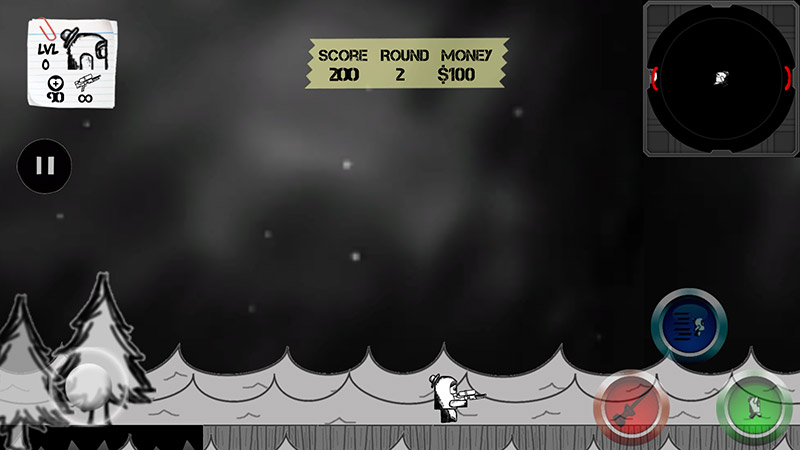 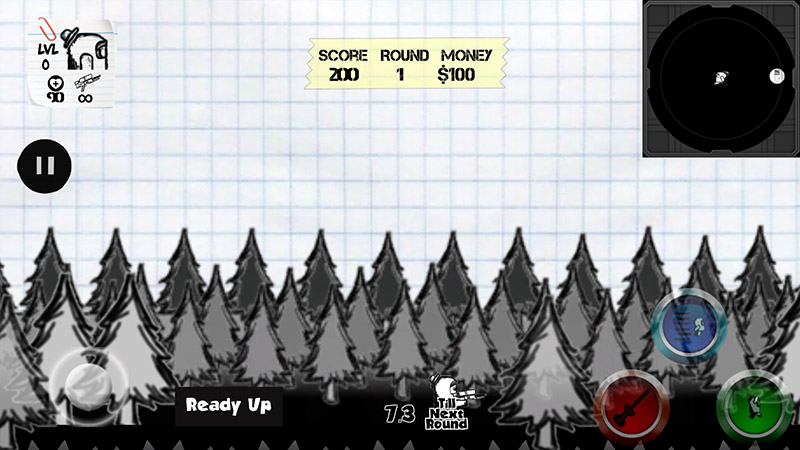 Across the top, there’s a running tally of the player’s ongoing score, what round they’re in, and how much cash they’ve got left available. Players also have a minimap that rests in an upper corner, indicating both where the exit is for that portion of the level, as well as showing info about incoming enemies, such as where they will come from, and what of them are attacking. Players will use virtual buttons for the control scheme, with one button each for Dashing, Attacking, and Jumping.

Doodle Wars is available for free from Google Play. The game does contain ads though. Interested players can hit up the link, to download the game.