The 24 cards are made up of 19 new creature cards and 5 new spell cards, all themed around the BlazBlue game. The dialog surrounding these cards will play out when you play any of the new 24 cards while in a match. Besides the new cards, there’s a new ‘event’ also themed after BlazBlue. Players who purchase the new BlazBlue Season Booster Packs will acquire BLZ Season Cards. These can be traded in to pick up hero cards featuring BlazBlue characters Ragna, Jin, Noel and Rachel. 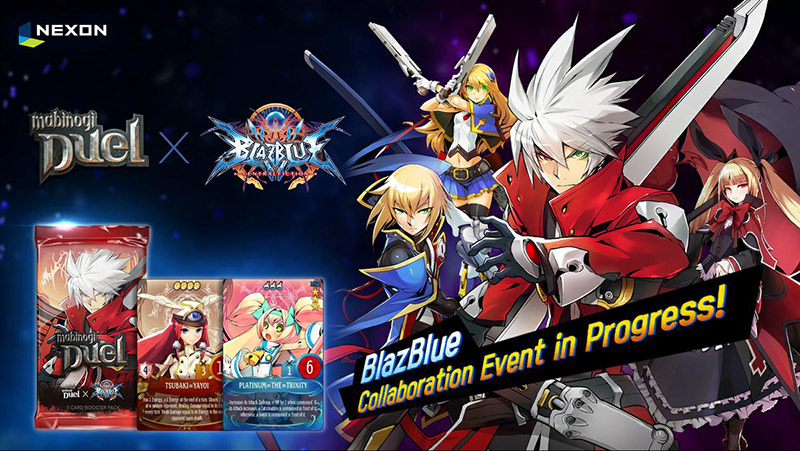 Also coming with this update is a new competition arena for PvP matches which will feature special rules like prohibiting spell cards. Competing in this new arena successfully will earn players new rewards such as gems, special tickets and EXT cards. This competition area will be available until March 15th.

If you have Mabinogi Duel installed, you can now pick up the update from Google Play. If you want to check the game out for the first time, you can download it for free.