So, with that in mind, players are tasked with using a visual programming kit, in order to create their own viruses to unleash upon their targets. This is accomplished by players issuing commands at the start of a given level, then seeing the outcome happen, with no control over success or failure at that point. This is visualized by way of cubes in a maze. Players will be unleashing their cube/virus into the maze/program, to see if it can navigate around the security programs/cubes. So, if players aren’t careful, one of three events can occur: players may mistakenly create an infinite loop, have their cube walk into wall or other hazard, or it can complete all commands and be left in an empty state of sorts, with no way to restart itself. If players are unsuccessful, they can attempt again by issuing a new series of commands, and repeating this until the level is defeated. 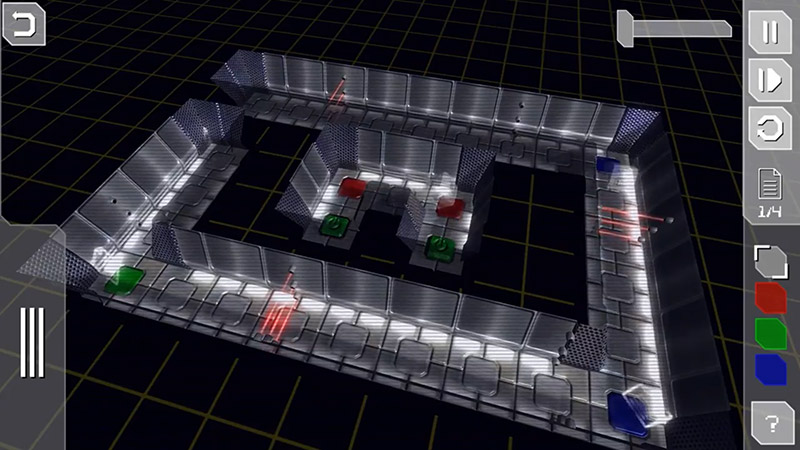 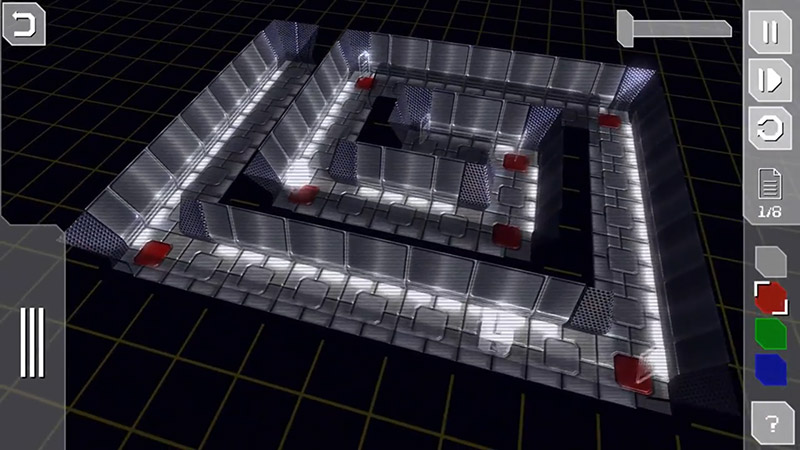 – addictive puzzles – be a godlike hacker observing his creations come to life
– easy to learn, hard to master – more elegant solutions are rewarded with more points
– feeling of 80’/90′ cyberpunk movies
– 45 levels with increasing difficulty and grading system
– level editor and option to play and rate other players’ levels
– 32 achievements to unlock
– level statistics – compare your result with other players

As players complete their tasks, they are awarded multi-passes (in a nod to the 5th Element), which are then in turn used to unlock future levels; all told, there are 45 within the game. Lastly, players will even be able to create and share their custom levels with other players, within the game.

Cyber Sentinel is currently available from Google Play. The game can be purchased for an upfront cost of $2.99, and lacks both ads as well as IAPs of any kind.