Enjoy Rock, Paper, Scissors? RPS Knights is a spin on the idea, and available from Google Play

Released by Magic Cube, RPS Knights is a new, casual game for the Android Platform. In this game, players will be tasked with simply seeing how many stages they can complete. The idea of RPS Knights is fairly simple. There are three facets of the game Rock, Paper, Scissors, and within RPS Knights, there’s a character that has been “assigned” to each one of those, in a corollary fashion. So, for example, the Wizard character is aligned with Paper, while the solder is Rock. 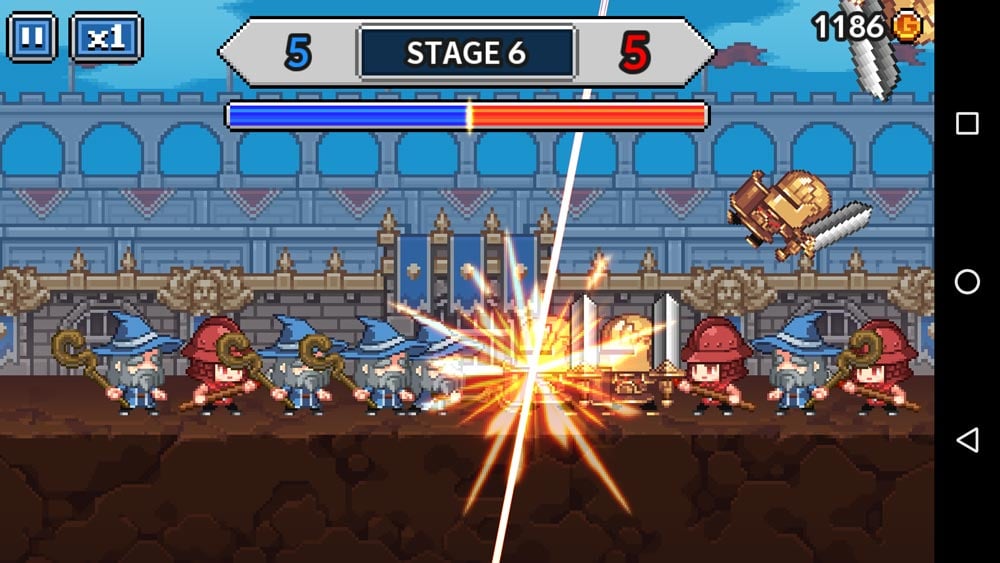 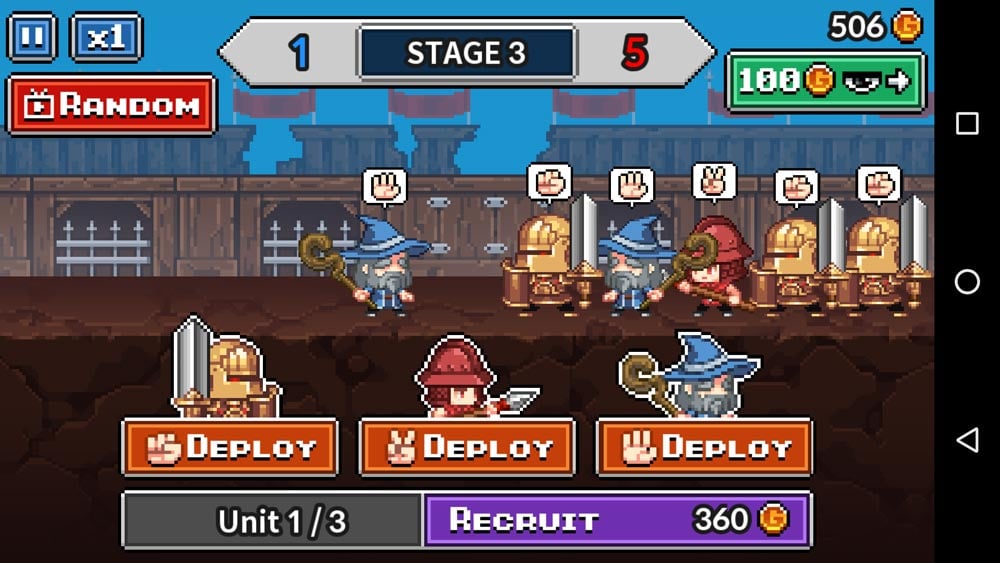 As players begin a stage, they’ll see the exact same character types lined up, awaiting to face off against the player. The challenge enters in that players only get a small number of slots to fill with characters, beginning with three but expanding from there in later rounds, regardless of how many enemy types there are. As players choose an instance of a character, it lines up opposite the AI’s, with the intention of the character at the front of each line facing off against the other. When one of the player’s characters successfully overcomes an enemy’s, the player’s character moves to the end of the line. On the other hand, should they be defeated, that character is removed from play. The hope is that players will pick the right, fixed number combination, that will outlast everything lined up against it. So long as one of the player’s characters remains alive after the AI’s forces are completely spent, the player will be awarded gold and graduate to the subsequent level.
Players can then use that gold to add extra slots for additional characters. This is handy, as a given stage quickly turns into a battle of attrition, as players are committed to the outcome once their final selection is made. Players are able to keep the additional slots they’ve acquired though, so should players lose, they will begin the game fresh with the additional slots available to them from stage one. Additionally, players may also spend some of the accrued cash to peek ahead, and see the complete line up of enemies waiting to face them.
Lastly, the game includes two modes of play: the level by level Campaign mode, as well as a Challenge Mode where players try to survive as long as possible with a preset number of units that can’t be expanded.
Features:
– Unusual RPG with Rock-paper-scissors rules
– Enjoy a huge-scale battle of more than 100 vs 100
– Check opponent team’s queue and place your units strategically
– Campaign mode : Fight together with as many units as you can gather
– Challenge mode : Beat up as many opponents as you can with your fixed number of units
– Challenging various achievements
– Fun and exciting battles
– Outstanding pixel art
RPS Knights is currently available from Google Play. The game can be played for free, but does include optional ads players can watch for additional coins.
casual Free simple