Released by ZPLAY Games, Beat Racer is a new rhythm based game for the Android platform. In Beat Racer, players will be charged with completing levels, while avoiding the various pitfalls inherent to them.

Players will be guiding a hover car along a set path, and trying to collect “beats” along the way. These beats come in two forms. The light blue ones charge up a rear firing cannon (as well as currency), while the red ones work exclusively as a second currency. Regarding the former, players will be able to collect them, with the amount collected being indicated in hexes that reside in the upper left, and each of these full hexes represent the number of times players can fire the cannon. 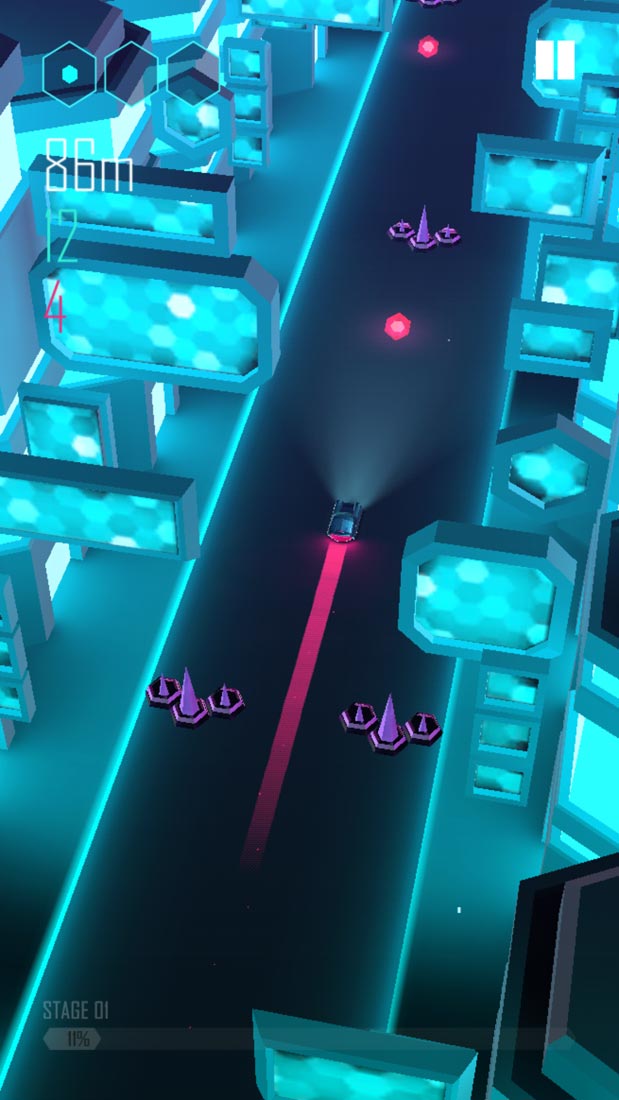 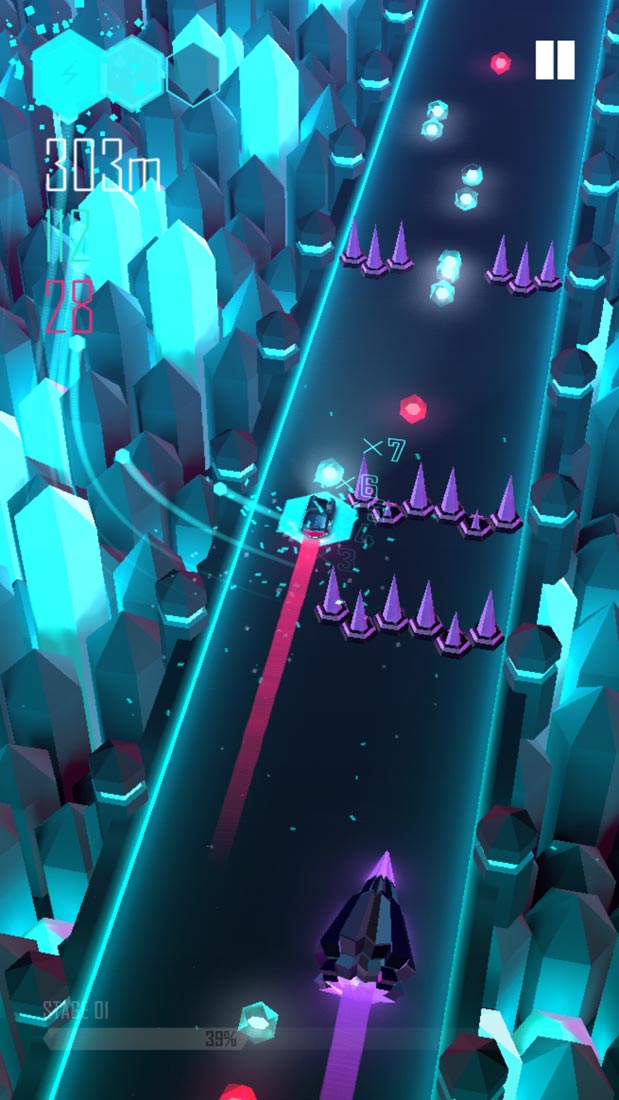 Players will be pursued by large, drill shaped vehicles, which will overtake and destroy the players’ vehicle and end the game. The only way to stop this is to use the rear firing cannon to destroy it, thus players will need to be judicious in using it. While attempting to complete the level, players will also need to avoid the purple, stalagmite shaped obstacles that are found in the road, at various intervals. Should players fail to avoid them, their vehicle will take no damage, but will be appreciably slowed, thus increasing the risk of the drill catching up.

Also, players will have the opportunity to spend the aforementioned currencies on various things that range from unlocking new worlds, to changing out the skin for their vehicle. All told, the game contains forty different levels that are spread out over ten different worlds, with these all having a Tron-like visual flair. Lastly, the game offers two choices for controls: swiping gestures, or virtual buttons.

Beat Racer is available for free from Google Play. The game contains both ads (optional, as far as I can tell, in return for coins or continues), as well as optional IAPs, where players can purchase one currency or the other.

The curious can check out the trailer below, to see more of the game in action.