So for the last few weeks, I’ve been playing through Nelly Cootalot: The Fowl Fleet. This is a point and click adventure game, that’s part of a franchise with the eponymous heroine, but is the only one that’s available on this platform. That being said, the game plays quite fine without the backdrop to the story of a prior game.

The story for the game is more on the lighthearted side. Players assume the role of Nelly, a goofy and slightly air headed pirate that has the ability to commune with avian creatures. The story begins with her assigned to work on a mail delivery ship, and from there begins an adventure that involves pirates, lost treasure, paranormal activity, and more. The story isn’t complicated with deep twists, but is fairly straight foward and light, in an enjoyable way. 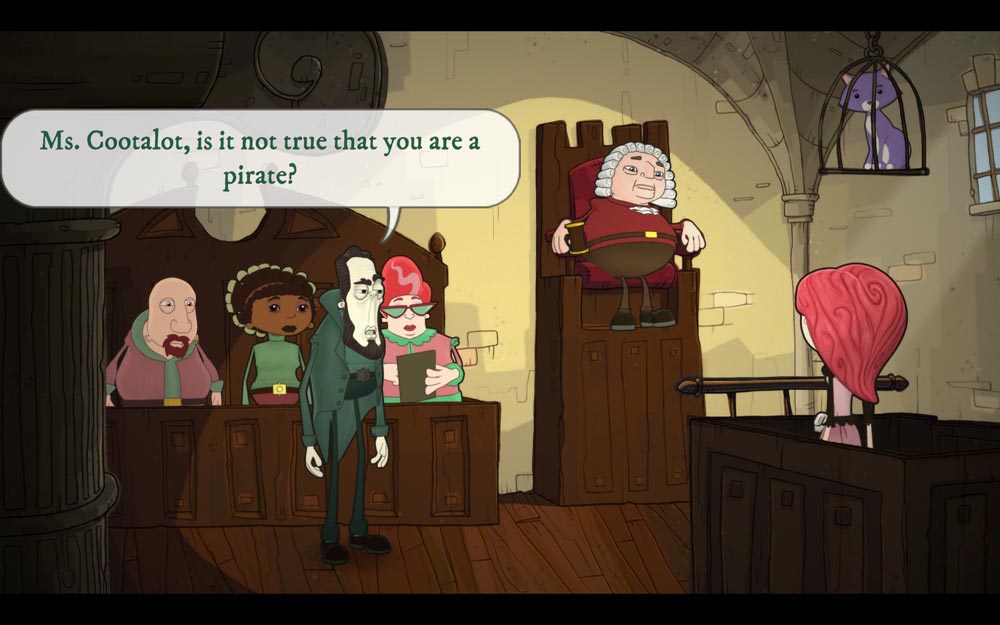 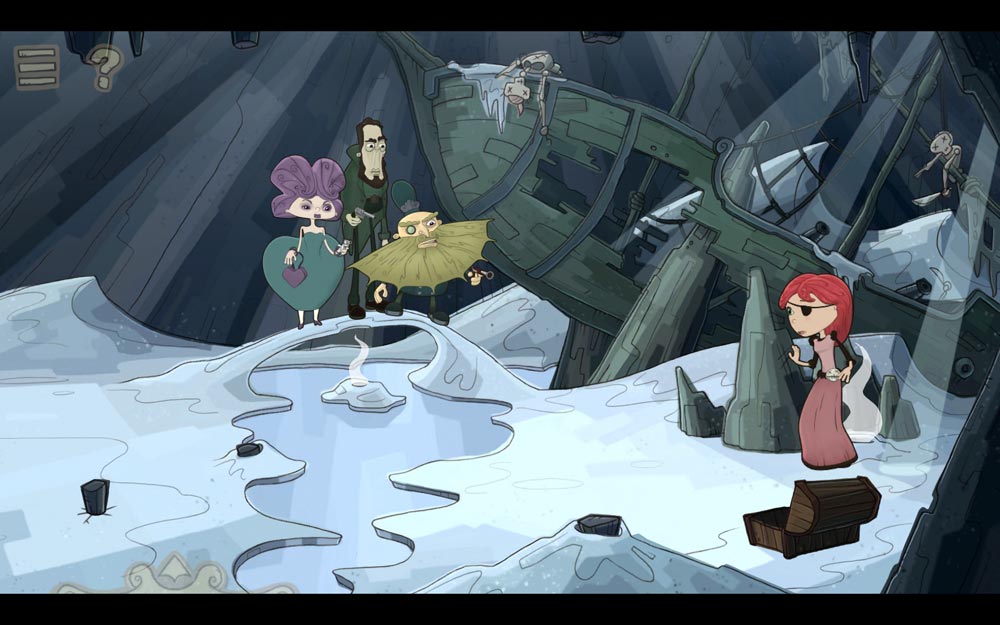 Nelly frequently misinterprets things said by other characters, but this is done more for comedic effect as opposed to pertaining to the core story, which hinges on a race between Nelly and a rival pirate to acquire a particular piece of hidden treasure. Being a point and click adventure, players will spend their time either in dialog with NPCs, or solving puzzles that largely will depend on a menu for item management, that rests “beneath” the screen and can be called up. From there, items can be combined or used as necessary. With the dialog, players are offered choices in what Nelly will say in a conversation, but they’re fairly narrow in scope, with the purpose of them to help advance the plot of the game. The puzzles in this game are straight foward, and largely make sense, almost to the point of being obvious. Now it’s not so bad as to be downright formulaic, so much as things struck me as clear, and required solutions that weren’t all that obtuse. As an example, there was an instance where Nelly needed to speak with an official. In the dialog, the game offered several choices of names to offer (in the hopes of getting lucky with someone already having a reservation), but in conversation with other NPCs, you eventually cross paths with one who has a standing appointment, and use that person’s name.

Should players lose their way though, the game does include a couple of quasi-hint systems as well. First, there’s a question mark icon located in an upper corner. When players tap on it, any and all characters, locations, and objects that can be interacted with in one form or another, will be temporarily marked with an “X” (thus countering the notion of “pixel hunting”, though that’s not really a problem here). The other mechanism is a companion bird that joins Nelly in the early part of the game, and players can have it recap current objectives (broadly speaking), should the player need some general direction; it even goes so far as to stipulate when one or more of those objectives have been completed. I found the former quite useful in expediting the search for items that I may have overlooked, while the latter wasn’t all that necessary for much of the game. 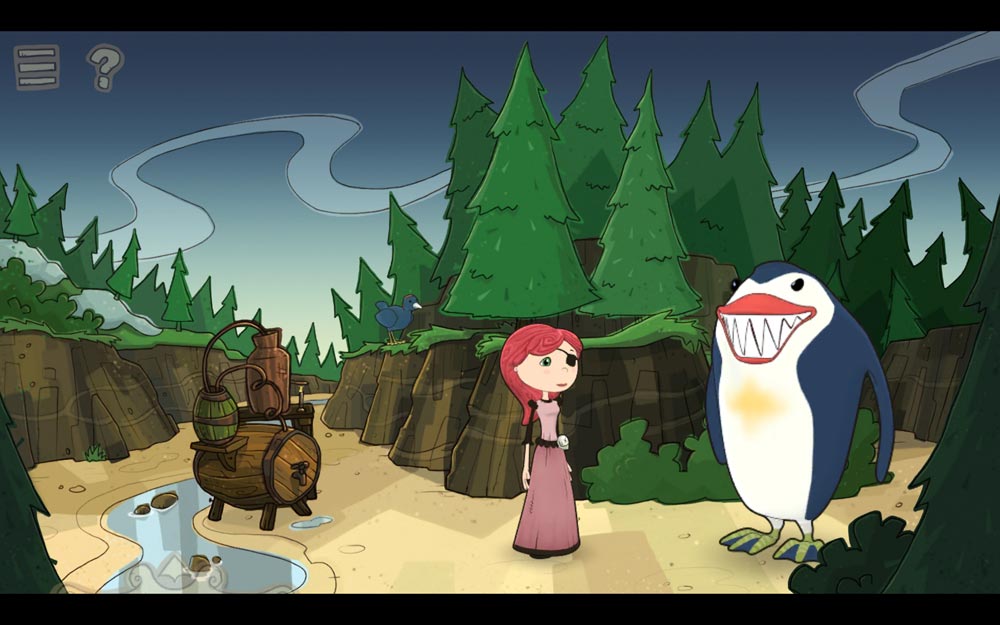 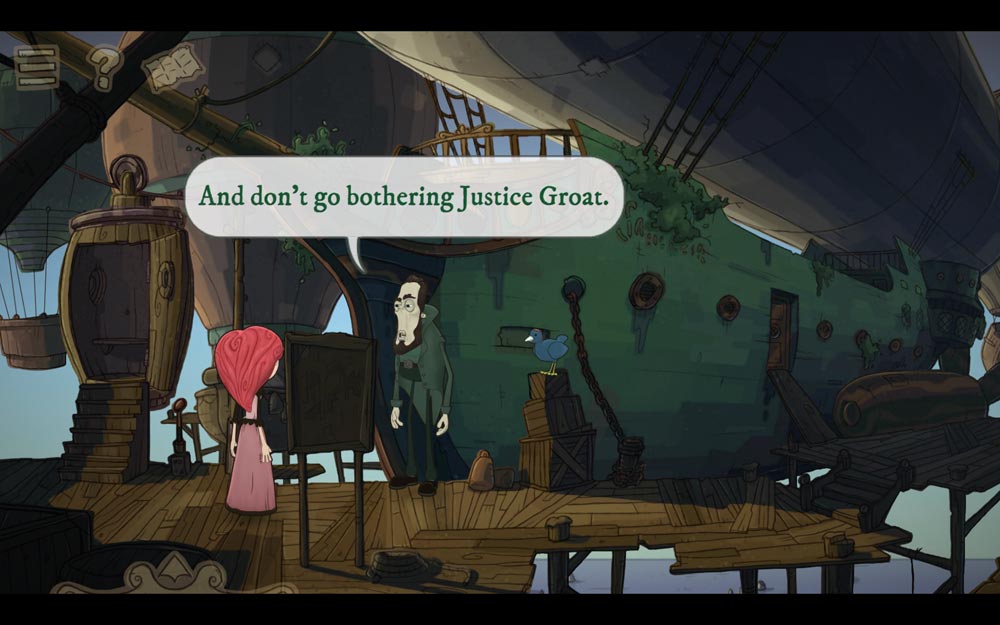 The graphic appearance for this game use hand-drawn visuals, giving it a slightly cartoony flair, and everything is brightly colored. Everything in the game was visually crisp, and clear to identify. Characters had live voices to them, with the option for a handful of languages aside from English. The soundtrack for the game was an upbeat and catchy instrumental, that fit the overall “light” theme of the game.

In short, this is a worthwhile point and click. It’s not all that difficult, but is more on the lighter side, in story, appearance, and complexity. If you already like point and clicks, or would like a good one for beginning the genre, this would be a solid choice.

Nelly Cootalot: The Fowl Fleet is $2.99 on Google Play 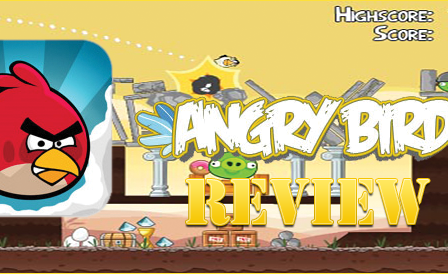