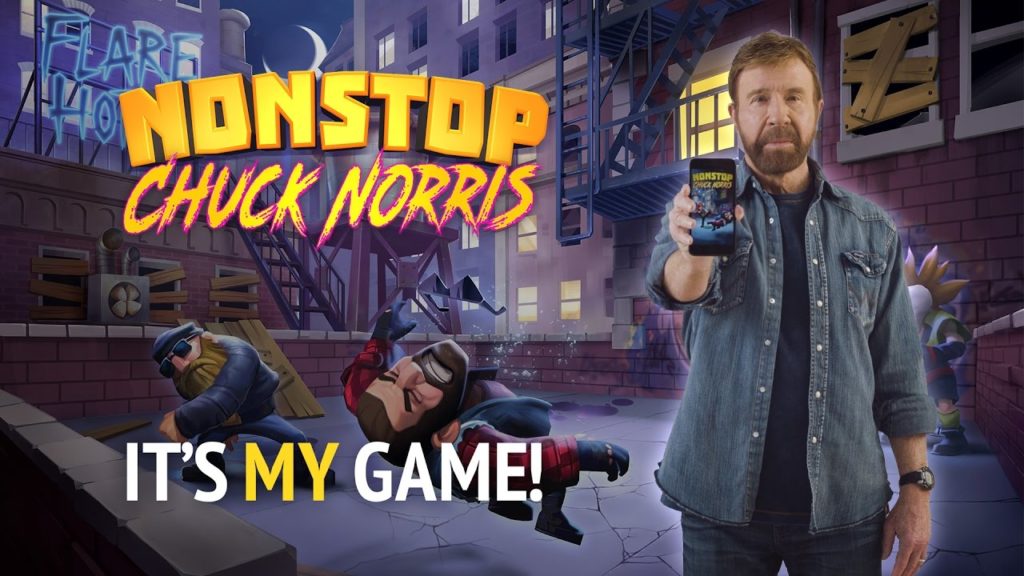 Have you ever woke up and just wished you were Chuck Norris? Well, there’s no need to dream anymore as you can now do just that in Nonstop Chuck Norris.

As the name suggests you play as Chuck Norris, and endlessly beat up monsters with a variety of weaponry. Ranging from baseball bats, to selfie sticks, and chainsaws, there’s a guaranteed weapon for your particular brand of crazy.

If you played Flare Games’s Nonstop Knight before it, you know the drill here. Watch Chuck tirelessly run around a dungeon destroying everything in his path.

He’ll regularly level up, grab more loot, and unlock new skills. You can step in to improve his stats, equip him with new gear, and tap on skills to use them against enemies.

Chuck won’t stop just because you do though. Close the game down and he’ll continue to batter enemies senselessly until you return.

New to the franchise in this particular iteration is, well, a lot more Chuck Norris. Unlock his signature moves, read outrageous facts, and laugh at a bunch of hilarious memes.

Want to be Chuck Norris? Simply grab your mobile, head on over to Google Play, and download Nonstop Chuck Norris right now for free.