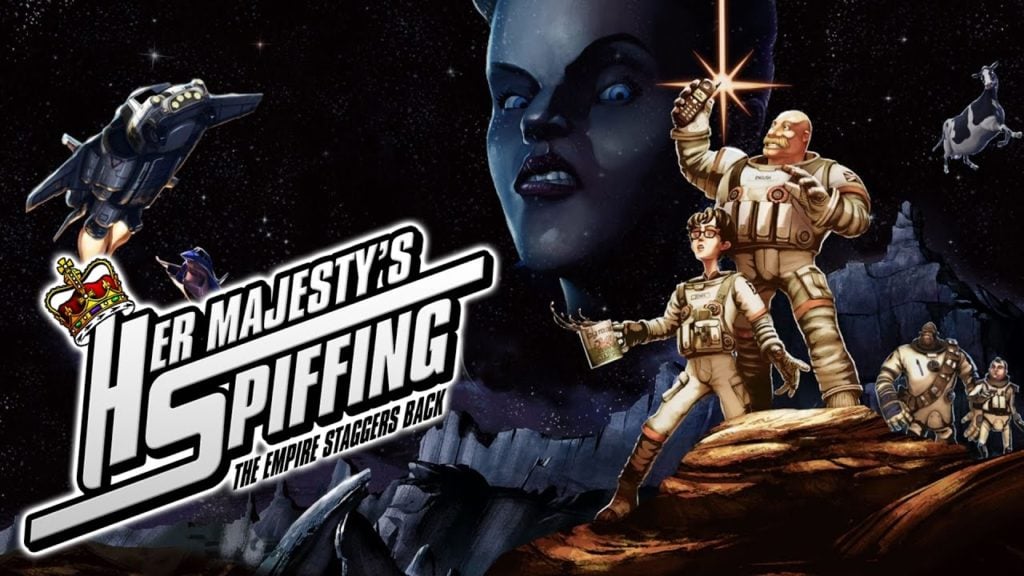 You know what? Developers are way savvier than we give them credit for. Why do I say that? Because Her Majesty’s Spiffing, the point and click adventure which parodies Star Wars, is out tomorrow on Android.

Why is that significant? Because tomorrow’s Star Wars Day. May the 4th be with you and all that. The subtitle of Her Majesty’s Spiffing is The Empire Staggers Back. Combine that with the cover art above and the references are as clear as day.

In the gameplay department, Her Majesty’s Spiffing is a classic point and click adventure. You play as the posh British Captain Frank Lee English who’s tasked with establishing a British empire in space. Pretty relevant stuff.

And that involves, well, point and clicking stuff. Mostly tapping in this instance though, as you’ll be playing it on your Android device. You’ll likely be just as surprised as we were when we saw how gorgeous it is too.

Depending on the time zone you’re in, Her Majesty’s Spiffing may well be out on Android by the time you read this. It’s out first thing on May 4th so go and grab it from Google Play.