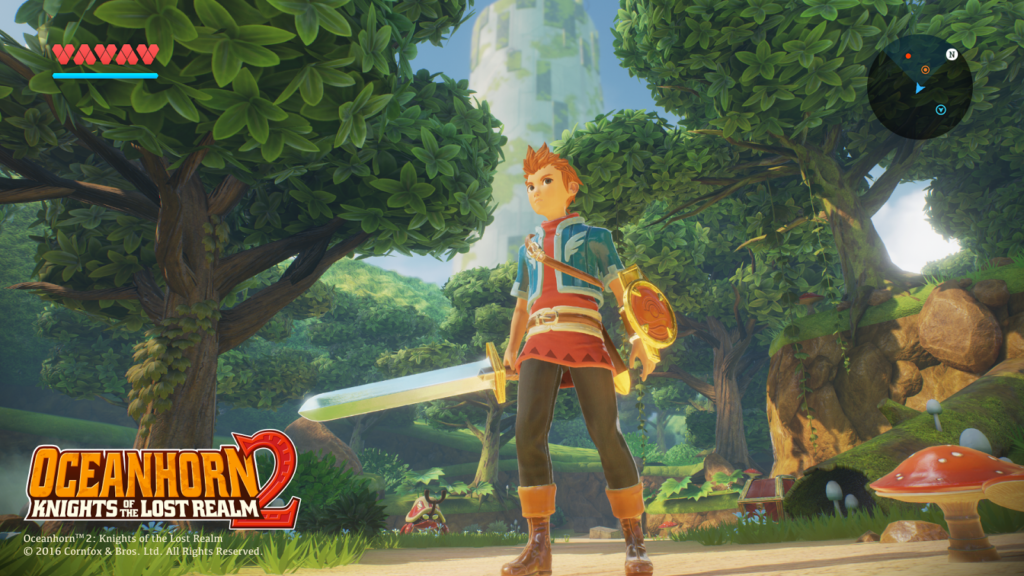 Stop the presses! Cornfox & Bros. has just released unedited gameplay footage of Oceanhorn 2, which could suggest development is coming to a close.

Oceanhorn 2: Knights of the Lost Realm is the full title, and it looks absolutely gorgeous – and much bigger than the original.

The new trailer sees the nameless hero performing a wide variety of actions. Combat seems deeper than before, with leaps, rolls, and at least one new weapon in the form of a pistol. You even see him manually aiming to shoot an apple from a tree, or fire inflamed bullets to burn down a barrier.

It looks like there’s going to be a crafting system too, with ‘Scrap Metal’ dropping intermittently.

Oceanhorn 2: Knights of the Lost Realm

Elsewhere, it seems Oceanhorn 2 has taken a few cues from Breath of the Wild. In one scene the hero scales a wall covered in ivy, with a stamina bar slowly trickling down.

Fittingly, the trailer ends on an intense boss battle with an enormous octopus. Looks like you have to take out each individual tentacle before going for the head Zelda-style.

We’re not sure exactly when Oceanhorn 2 is out – or indeed if it will launch simultaneously on iOS and Android – but the trailer certainly suggests its close.

We couldn’t be more excited. Check out more info on the official site.