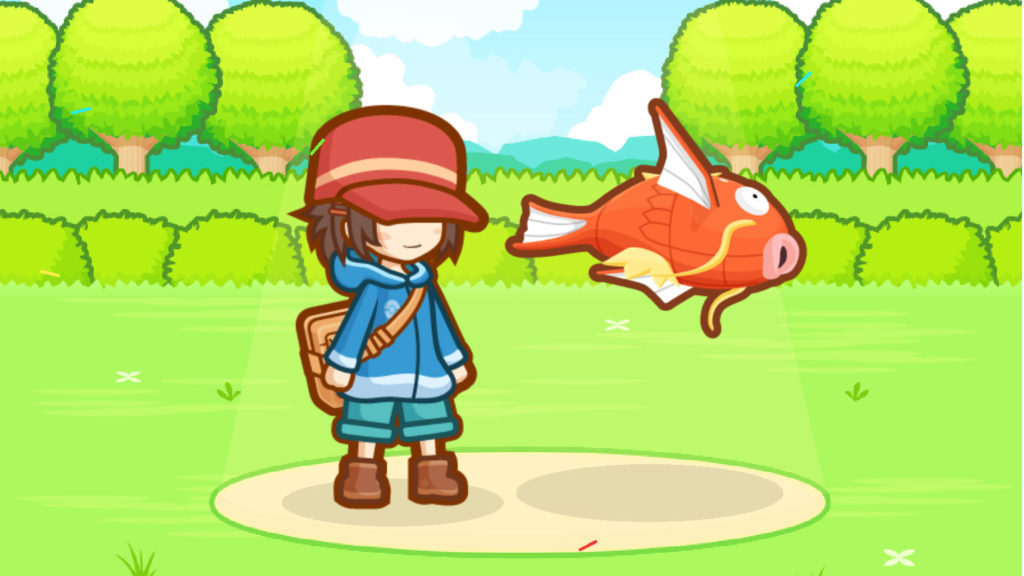 Pokemon Magikarp Jump is a very simple experience, which is one of the reasons it’s so much fun to play. The goal is to raise generations of Magikarp, train them to jump higher, then take them through a bunch of different leagues.

These aren’t Pokemon fighting leagues though. No, instead you’re competing against a bunch of other trainers to see whose Magikarp can jump higher. Yes, it’s all a little bit silly.

To be the very best, you have to feed, train, and take your Magikarp on a bunch of different adventures. There’s no deep skill or strategy involved either. Simply putting the time in will eventually lead to the top of the leagues.

But if you want to get there a little faster, read on for a few tips and tricks to grow your Magikarp faster in our Pokemon Magikarp Jump guide.

Let’s start with the most obvious tip – eat all of the food in your pond as soon as you log in. This is a super-quick method of getting your Magikarp through the first few levels.

Tap random Pokemon that appear in your pond too, as they might trigger ‘Food Fever’, which introduces a ton of food into the pond. It happens more often than you’d think.

The second most obvious is to train hard. Always use all of your training points before closing the game.

Do everything in your power to get more points as well. You’ll unlock a Pokemon that lives in your pond, and if you tap on it you’ll earn an extra point periodically. Do that every time you log in.

Finally, if you have a league play but you have no chance of winning the next battle, play it anyway. You might trigger an event which will restore a training point or level up, which completely restores them.

Take the path of least resistance

As you play, you’ll come across a variety of random events – some of which require you to make a decision. A solid rule of thumb is, if you sense danger, stay away.

Don’t try and grab fruit at the top of the tree, ignore the Pokeball, and the glittering object is not worth it. The potential rewards these offer don’t justify the risk of losing your Magikarp and that can absolutely happen.

Keep your Magikarp safe. That way you’ll earn the most experience as a trainer when it retires. It’s nice to see him swimming about to.

Save your diamonds for Pokemon and decorations

Don’t waste your diamonds on speeding stuff up or rerolling your Magikarp – that’s all valuable experience anyway. Only ever spend them on new Pokemon or pond decorations.

Why? Because they provide permanent upgrades that help you grow your Magikarp faster – and that’s what this guide is here to achieve.

Decorations basically increase everything, from how much food appears in your pond, to how much JP and coins you get from the various activities in the game. Buy a decoration and you get the upgrade permanently, regardless of whether or not you place it in your pond.

Pokemon, on the other hand, sit on the edge of your pond and provide one off skills that help your Magikarp. They also turn up to cheer on your Magikarp during battles, and might even help out in an event or two.

Finally, use all of your coins to upgrade your food and training options. Spend methodically. Try and maintain even spending across all of the upgrades so that nothing’s completely useless.

The last thing you want is a bunch of useless fruit floating around your pond, or a terrible reward for a hard-earned training point. Use your head.