Episode two of Marvel’s Guardians of the Galaxy: The Telltale Series will launch on June 6th 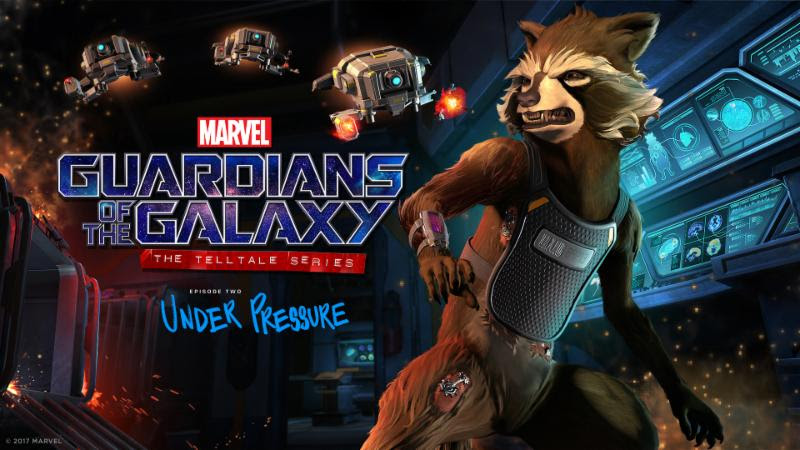 Marvel’s Guardians of the Galaxy: The Telltale Series will continue on June 6th, when the second episode, Under Pressure, launches.

Under Pressure carries on where the first episode left off. The Guardians are struggling to outrun the maniac chasing them, and can’t control the powerful relic that might save them. It also doesn’t help that they can’t stop fighting each other.

The new episode will introduce new characters, some of which you might even recognise. You’ll also visit new locations on your quest to find out just what’s going on.

Most excitingly, you’ll also get the opportunity to delve into Rocket Raccoon’s past. That should be fun.

Marvel’s Guardians of the Galaxy: The Telltale Series

Marvel’s Guardians of the Galaxy: The Telltale Series is a narrative adventure by the master of the genre, Telltale. It follows the eponymous Guardians as they set off on an untold adventure across the galaxy.

Expect plenty of humour, your favourite characters, and a fresh story to follow that’s not directly related to the films. If you’re a fan of the franchise, this is one well worth checking out.

Head on over to Google Play right now to grab it in time for the second episode, Under Pressure, which launches on June 6th.