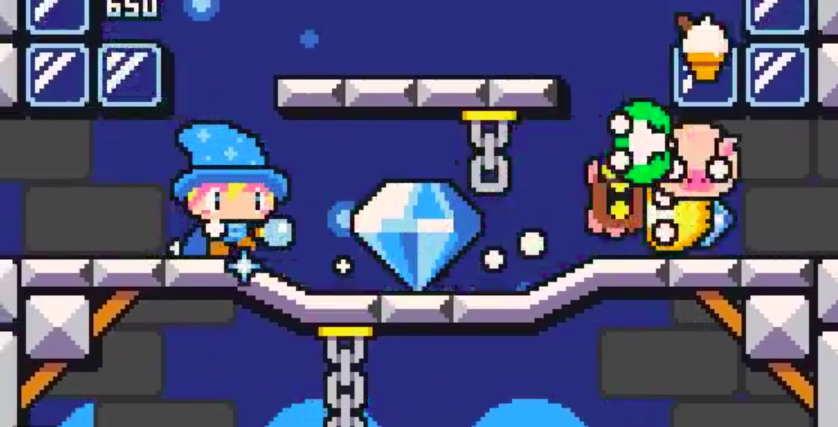 Nitrome’s upcoming Drop Wizard Tower will launch on Android this Thursday, the prolific developer has just announced. It’s a sequel to the original Drop Wizard, and kind of flips the play on its head.

Its predecessor took inspiration from Bubble Bobble, and the same applies to Tower. You’ll still fire a projectile when dropping off a platform, and use that ability to stun foes.

As before, you’ll then kick them into other enemies to defeat them, completing a level when no enemies remain.

The sequel Drop Wizard Tower will launch on Thursday on Android

There are a lot more levels this time though. Nitrome has reported that there will be a total of 50 when the game launches, and you’ll have to face eight tough bosses.

You can also unlock six different wizards to play as – each of which has its own abilities, backstory, and appearance. That will help keep things fresh over the many levels on offer.

Drop Wizard Tower will launch this Thursday, July 4th on Android and we’ll keep you posted with further announcements.

You can check out other Nitrome or Neutronized games on their official sites.