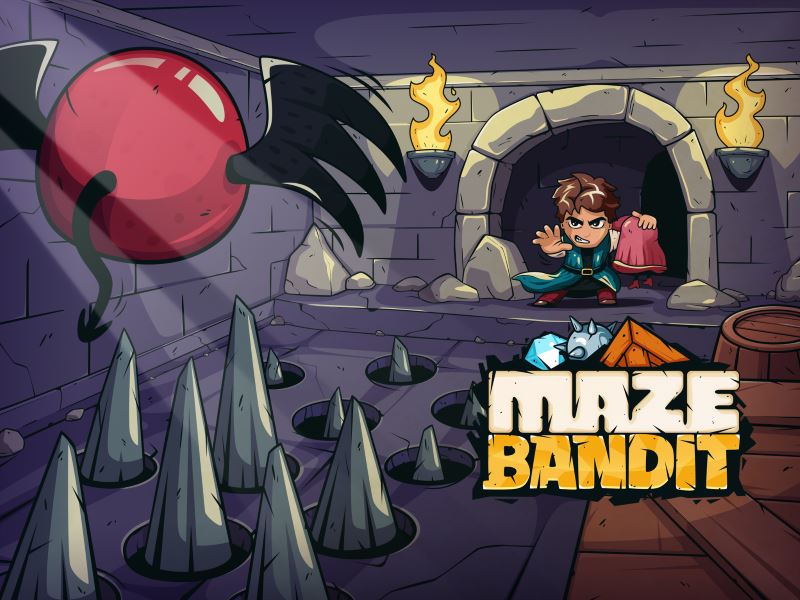 Unfortunately, opinions differ as to whether you are liberating or kidnapping the first princess, and whether you are protecting the second princess or keeping her prisoner. This difference of opinion naturally results in an endless war against your fellow bandits. 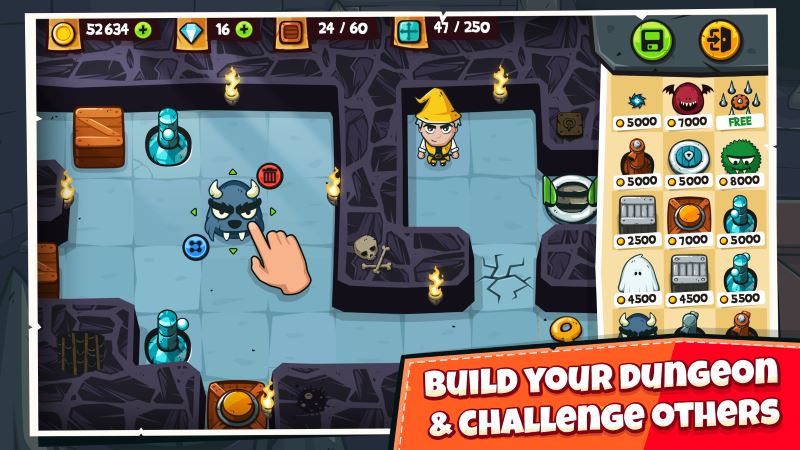 You start off by creating your bandit, picking from 150 customisation options to build a character that’s totally unique and personal to you.

Then you build your dungeon, adding or removing squares of wall to decide the layout and adding dozens of different kinds of traps and monsters to ensure that your rival bandits can’t get through and kidnap your princess. Or liberate theirs, depending on your point of view.

Then you set off to raid your rivals’ dungeons, picking your way through their own diabolical arrangements of traps and patrolling monsters and trying to reach their/your princesses. 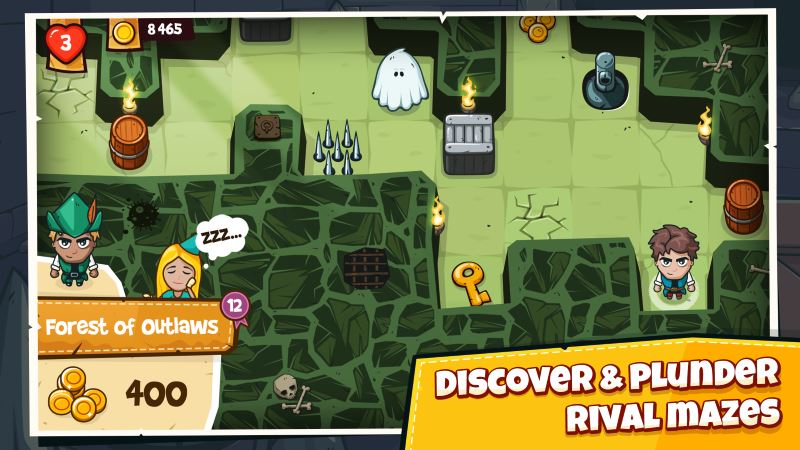 During these raids you’ll pick up chests full of loot and coins to spend on your castle. You’ll be able to buy ever more cruel and complicated traps and devices with which to torment and frustrate your rival bandits.

Not only that, but Maze Bandit lets you watch replays of successful assaults on your maze, allowing you to identify where your weaknesses are and pick up strategies for becoming the most fearsome bandit in the community.

There are oodles of multiplayer activities, including Facebook friend challenges and daily, weekly, and global leaderboards. But just in case you don’t fancy playing against others there are 90 single player levels set across six different worlds.

Maze Bandit is a cute, feature-packed, and genuinely original game Thanks to its customisable dungeon mazes, there’s almost no limit to fun you can have trying to outmanoeuvre your rivals and crush their assaults.

You can pick up Maze Bandit for absolutely nothing on Google Play and the App Store right now.

This article is sponsored by Gamestone Studio.