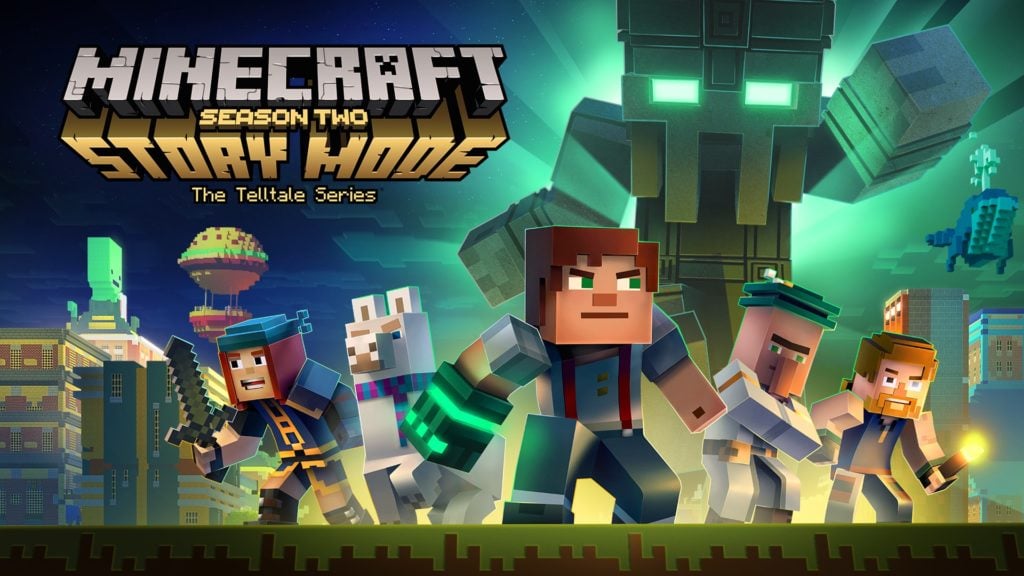 It’s that time of the week again, when we run you through the top Android games that launched. And as far as weeks go, this one wasn’t bad at all.

We had rereleases, new franchise entries, and a few fresh experiences. That’s exactly the balance we like to see. But before we spoil all of the surprises for you, read on for the nine best Android games this week.

Minecraft: Story Mode returned this week with the second series. It picks up right where the first left off, and follows the gang as they try to resume their normal lives after saving the world. That’s probably not as easy as you’d think.

Of course, it doesn’t stay that way for long. Very soon the gang find themselves thrust into a brand new adventure, full of the humour and Minecraft references of the original. Grab it on Google Play right now.

Virtua Tennis Challenge was already available on Android – and had been for years in fact. This is basically a relaunch as part of the Sega Forever initiative, and removes the price of entry.

It’s now completely free to play, but you’ll have to watch the occasional ad for the privilege. You can still pay a small fee to remove them though. It remains a decent touch tennis game, so go and grab it on Google Play right now to check it out.

Knights Fall is an action puzzler that blends RPG and pinball elements. What that results in in practice, is basically firing hordes of soldiers at unsuspecting enemy soldiers to crush them into oblivion.

Watch the trailer below, and you’ll see a game that resembles an RTS but in fast forward. You’ll unlock new heroes as well, and level them up to ensure they’re powerful enough for the challenges ahead. Grab it on Google Play right now.

Look, there really isn’t very much I can do to make this sound exciting. It’s a bubble shooter featuring Snoopy – even the finest writers in the world would struggle to make that interesting.

But people like Snoopy, and you might be one of them. If not, maybe you like bubble shooters. Or, maybe you don’t like either, and that’s fine also. Just skip this one. We won’t judge you. Grab it on Google Play if you want. Or don’t. I’m past caring at this point.

Valerian: City of Alpha is a mobile game tie in to the upcoming Luc Besson sci-fi movie. It serves as a prequel, and has you build the city featured in the movie.

It’s a multicultural space metropolis, so that involves forging connections with alien species and harnessing their technologies to improve life for all. Go and grab it on Google Play if that sounds fun to you.

A Planet of Mine

A Planet of Mine is very similar to Valerian, just a lot sillier. You also have to build a home, gather resources, and recruit new species to your cause, but it’s an entire planet you’re affecting instead of a city.

Each game will be unique as well, as it’s random. That means it’s probably endlessly replayable, so you’ll get a lot out of it. Go and download it right now on Google Play.

Bouncy Hero is an endless runner which challenges you to round up a bunch of naughty runaway animals. To achieve this, you have to lead them safely past a bunch of obstacles.

Along the way, the animals will shower you with power-ups, from rockets, to magnets, and even the ability to turn into a giant. The more animals you save, the more powerful the effect will be. Go and grab it from Google Play right now.

Crusaders of Light is a pretty standard mobile MMORPG. There are three classes to choose from, tons of armour and weapons to use, and 50 mounts to collect.

There’s also a variety of PvP and PvE modes, including dungeon raids. If you like MMORPGs, you might as well check it out. It’s a bit of a looker. Grab it on Google Play now.

Laps is like a rhythm action connect the dots, with a bit of Threes! thrown in for good measure. A numbered ball spins around a circle, and you have to tap to drop it. At that point, it will fall down the holes dotting the circle, and stop when it hits a number.

If you manage to connect three numbers of the same type, they’ll merge and increase your score. Getting a big score is the aim of the game here. Go and grab it on Google Play.